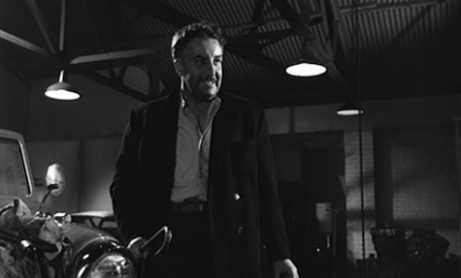 NEVER LET GO gave Peter Sellers a rare serious role in a surprisingly nasty British noir item from 1960, directed by John Guillerman, written by Alun Falconer. Seller’s vicious criminal is far removed from his farce frolics; the well-crafted movie is unrelentingly harsh. Not well received at the time, it was backstopped that year by the actor starring in a trio of comedies (The Battle Of The Sexes, Two Way Stretch and The Millionairess); his next, last dip into drama (Hoffman) would be ten years (and 21 comedies) in the future. * 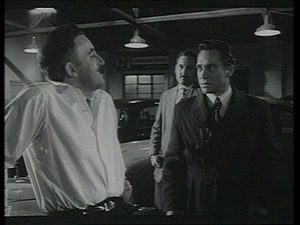 Too mild for his own good, cosmetics salesman ‘John Cummings’ (Richard Todd) hopes his new car will aid him to boost his flagging sales. “Teddy Boys” steal it, Cummings tracks it to “legitimate” garage owner ‘Lionel Meadows’ (Sellers) who ups his bottom line by playing switch with stolen vehicles. To his detriment, Cummings soon finds out that polite reasoning with Meadows will get him nowhere but hurt, as teenage mistress ‘Jackie’ (Carol White) and underling ‘Tommy’ (Adam Faith) can verify. The slow-moving police may as well be on vacation. 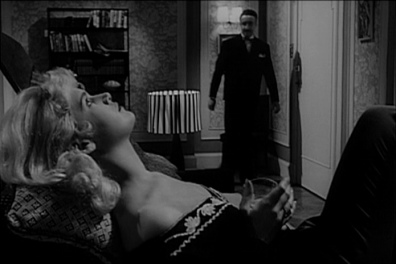 Thoroughly unsentimental director Guillerman (The Blue Max, The Bridge At Remagen) is greatly aided by the sharp black & white cinematography of Christopher Challis (London at its seediest and least hopeful) and a brash score from a brand new talent, 27-year-old John Barry in his first feature assignment. 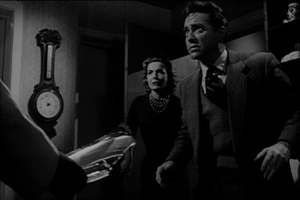 Todd is very good, like Sellers also playing against type, and Elizabeth Sellars does well as his increasingly distraught wife. Sellers is explosive, and disconcertingly convincing. The violence is startling, and the final confrontation between someone who enjoys dishing it out and a man who’s had enough is as brutal a fight scene as has yet be done in a crime film: settling a score in a garage filled with tools and blunt instruments is not recommended. 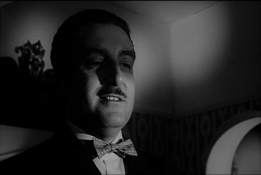 * Since Sellers had the modus operandi of bringing his characters home with him during the length of a project, this one proved a particularly harrowing experience for his (first) wife and their children.

Actress Carol White, 17, (“The Battersea Bardot”) was likewise in the homework habit, though in her case research meant flinging with Sellers, Todd and Faith. “England swings…” One of the fleet of nubile blondes British cinema let loose in the 60s, White’s career fizzled; too much partying and self-abuse cut her life short at the age of 48.