THE BRIDGE AT REMAGEN  throws fictional characters into a factual story with nonstop and exciting battle action. In February of 1945, the Germans are trying to keep the Americans from crossing the last standing bridge across the Rhine. Duty-bound Wehrmacht Major Robert Vaughan must hold the position, with all manner of hopeless logistical problems besetting him.  Combat-numbed US Lieutenant George Segal must spearhead the Yank infantry assault across the causeway, wary squad in tow.

Aside from a few clichés, the dialogue is tough enough (at least it was for 1969) and for once the ‘soldiers’ sound like soldiers. Straightforward direction from John Guillerman gets good performances from the cast, with Ben Gazzara playing a scrounging wiseass, Bradford Dillman a glory-monger, Hans Christian Blech a senior German veteran who’s had enough (as he did in Battle Of The Bulge)—all very well put over.  Vaughan, unusually sympathetic for a change, is excellent; along with Bullitt it’s one of his most effective big-screen roles. Only Segal works in first gear: he’s supposed to be burned out but he’s so slack he comes off more like he’s just bored by being there. 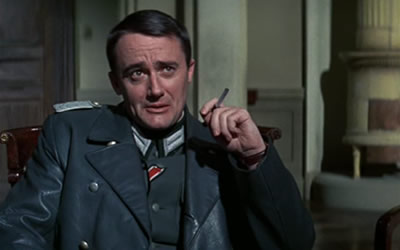 Strong production values, with sets, props and vehicles galore (who provided all the tanks? the Czechs? Austria? NATO?), it also has a pulsating Elmer Bernstein march to kick it off.  Making it a must for WW2 and action buffs is the ladle full of fighting: there are enough explosions and sound effects here for three movies.  A large section of the Czech town of Most was scheduled for demolition so the movie crew was allowed to blow the hell out of entire blocks. Superior camerawork from Stanley Cortez (the veteran’s 80th assignment). 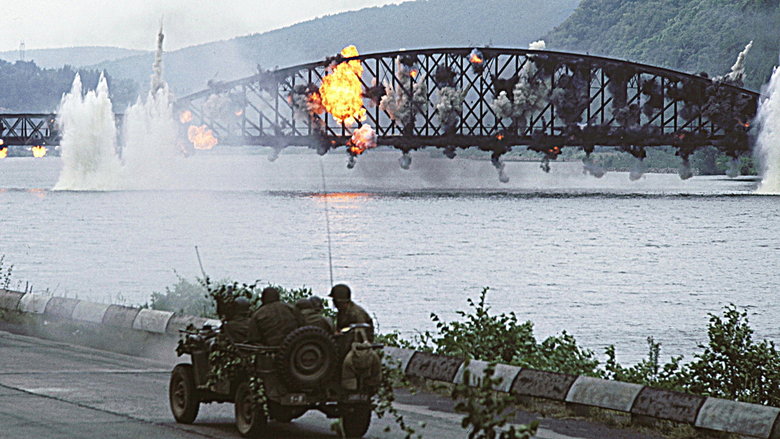 Filming in Czechoslovakia, shooting was under way in 1968 when the Russians invaded to quash the ‘Prague Spring’.  Cast and crew found themselves ‘retreating’ across the border in a convoy of 28 taxicabs. Supporting cast member Robert Logan nerved up and stayed behind with some camera equipment to grab footage of the Soviet rollup.  Director Guillerman, producer David L. Wolper and their private movie army resumed work in West Germany and Italy.

The last film of Peter van Eyck, who died at 57 a few months before this was released. Ironically, his final role was playing another officer like those he’d left Germany to avoid in 1931 (his father wanted him to enter the military, which would have been cinemas loss and likely an unmarked grave in Russia).

Peter van Eyck, an anti-fascist who spent a career playing them

Pulverizing its guy-way through 115 minutes, with Heinz Reincke, E.G. Marshall, Matt Clark, Bo Hopkins, Fritz Ford, Richard Munch, Anna Gael and Gunter Meisner.  Like such same-day entries as Castle Keep, Hornets Nest, Too Late The Hero and Anzio, this film (much better than those duds) was infused with the cynicism of the Vietnam Era (that fiasco was going full-throttle), and the film found little audience support, earning less than $4,600,000 in the States.  Directors a bit keener to the whims of an issue-agonized public mixed mordant humor into their mayhem and the results were hits on the order of The Dirty Dozen, Where Eagles Dare and Kelly’s Heroes.  Except for The Green Berets, they all stayed safely with World War Two, the conflagration that never stops giving.