Hi. Thanks so much for stopping by for some opinions, some facts, some fun. We put the accent on fairness, skipping highbrow snob snorts, p.c. bleats and ax-grinding.  While I don’t isolate in a darkened room, spilling a diet soda while talking back to the screen, and can run, jump & throw a ball like other people, over six decades I’ve somehow managed to see more than 6,000 movies. I like to share my takes on the stories they tell and the people who’ve told them. 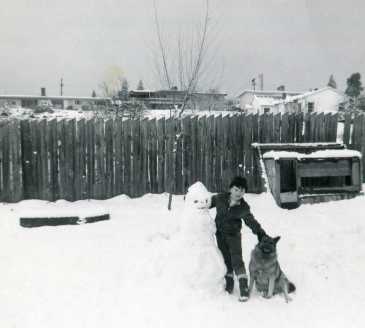 We’ll struggle to keep write-ups balanced enough to applaud what works in films that may not be fully successful and nudge what may be lacking in those that mostly get it right. We favor putting things in historical and thematic context. As to synopses, let’s keep those as brief as possible. It’s a cheat when reviewers use up of their text of to go in detail over the plot. Let’s be surprised by what happens. War Of The Worlds: Martians attack the Earth. Bingo! All I need to know.  Now, is it good or bad, and why, why not?—that’s what counts.  I want people to read all the way to the end of a piece, get clues  without losing their patience or feeling the experience of seeing the movie was ruined. Cut to the chase, turn off your phone, can the chatter and roll ’em.

We’ll often note ages of cast members at the time the film was made, sort of placing these screen-people we feel we “know” in their own stage of development as artist or person. “Wow, Lancaster was 44 and he could still jump over that log like a teenager!”

Academy Award winners and nominations are cited since—agree or sniff—they’re the industry gold standard.  Like many fans, I have opinions on the choices and comment on them (for fun).  The Oscars provide—aside from amusement and being a nice way of saying “Bravo!”—a time capsule of what those in the same field felt about peers efforts, and are a sort of barometric reflection of critical and public response to a given slice of cinema. Gushing “Oh my God, it won seven Oscars, it must be fabulous!” or “Those dumb statues don’t mean a damn thing!” are two sides of the aisle that both need to stop kicking my seat. Again, kill that cell phone.

Figures on production costs and grosses are included with the caveat that they are rarely 100% reliable (accounting often shifted around by studios to address other outlays, punish errant producers, hide, cheat…).  With demonic inflation, things get ever more screwy to pin down.  Let’s leave it to the reader to factor in that a million bucks in 1952 doesn’t equal the same amount today.  Looking at $$ figures can also help place a film in a greater historical context as to The Market—“Wow, it’s so famous, yet no-one went to see it!”  A little romantic comedy that cost a million-five in 1962 now swallows sixty times that.  Today’s astronomical grosses reflect inflated prices and a surged population.

Comments are welcome, as I’m keen to share viewpoints and impressions, but getting into ego dueling hissy-fits is not worth it: the dwindling supply of life sand is too precious, better spent re-watching The Wind And The Lion or The Magnificent Seven for the fortieth time. Want to trade lines from It’s A Mad, Mad, Mad, Mad World or The Wild Bunch, compare Bernard Herrmann to Jerry Goldsmith or just plug a farce, adventure or monster movie you like? You came to the right place.

Some of my musings you’ll agree with, others you’ll dismiss, but do come along on memory trips to steamy jungles, raging seas and distant planets, to boudoirs and battlefields, peals of laughter and screams of fright. Rumble with Jets and Sharks, try to reach ‘The Big W’ before Ethel, see ‘the varmint’ with Linus, take Aqaba by camel and Ft. Knox by Galore.    Cheers, Mark 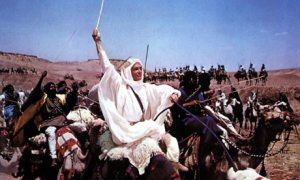