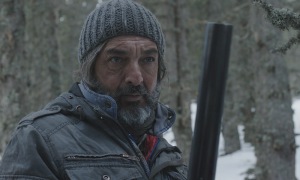 ‘Marcos’ (Sbaraglia) returns to his native Argentina with his Spanish wife ‘Laura’ (Costa) to settle his deceased fathers estate, consisting of a big chunk of land in the wilds of Patagonia. Living alone in the family hunting cabin is estranged brother ‘Salvador’ (Darín), self-isolated and profoundly anti-social, not least because thirty years before he accidentally killed their brother ‘Juan’. Now-grown sister ‘Sabrina’ (Fonzi) exists in an institution, her mind gone. The land is worth a lot of money, and a Canadian consortium wants it, but Salvador is stubborn to the point of active hostility—the shotgun kind. Laura tries to figure out exactly why brothers Marcos and Salvador are at such odds. There’s a storm coming, in more ways than one.

Unhappy but involving, its strong points are the casting and setting; the assured performances and the remote spookiness of the locale generate considerable unease that covers for unexplained plot elements. Sbaraglia and Costa convey mounting frustration and confusion, and Darín, as always, is fascinating. Then there’s that vector effect that the vastness of unpopulated natural surroundings can—with a change in the weather or company—transform the expanse and freedom of clean air, no traffic and little pollution into an agoraphobic fright zone.  ‘Cell Phone’ & ‘Car Trouble’ meet ‘Blizzard’ and ‘Twelve-Gauge’. Helps not to bear a lifelong grudge. 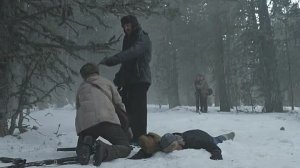