GOLD DIGGERS OF 1937, another “hey, kids, let’s put on a show!” frolic, came out for Christmas of ’36. It ended up 50th place among the year’s releases, earning $3,200,000, and managed to nab one Academy Award nomination, for Dance Direction. That was done by Busby Berkeley, while Lloyd Bacon took director credit for the rest.

This time out, the plot’s excuse for singing, dancing and gags has a couple of sneaky rats concocting a scheme to arrange for a million-dollar insurance policy on their hypochondriac boss, a show promoter unaware that they’ve already fleeced him. A gold-digging chorus girl (Glenda Farrell) gets involved, while her gal-pal (Joan Blondell), not privy to the ruse, falls for the guy who is set up to sell the policy (Dick Powell). 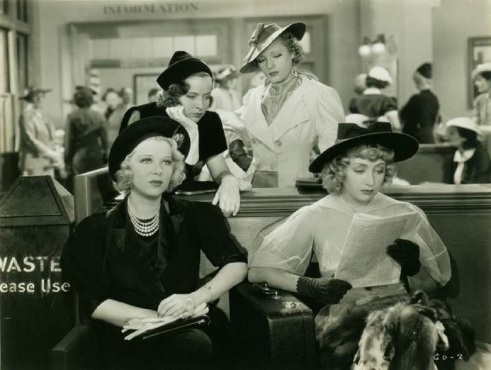 The five musical numbers are pretty weak (the “Life Insurance Song” is amusing), though the last delivers a decent visual finale with the strange “All’s Fair in Love and War”.  In that blowout, Blondell leads a chorus of 104 women in white soldier-like uniforms, complete with the WW1 helmets still used at the time, and non-regulation bare legs, stepping & smiling through a series of military formations mixed with Berkeley’s trademarked geometry designs. The guy dancers shoot at them (after a fashion), and the girls defeat them using perfume canisters. The bit with the waving pennants is wild. Another number, “With Plenty Of Money And You”, became fairly popular.

In between filming and release Blondell and Powell had married; cameraman Arthur Edeson’s gets some glowing closeups of the happy actress. Her vitality and that of the wisecracking Farrell, helps keep the boat afloat. It’s one of nine times the two were co-starred.

With Victor Moore (a bit much) Lee Dixon (hoofing–the legs have it but his arm action is iffy), Osgood Perkins, William B. Davidson, Irene Ware, Rosaline Marquis, Charles Halton, Frank Faylen, Jane Wyman (just one of the gals, unbilled, with a single line). 101 inoffensive minutes would’ve worked better with some trimming. 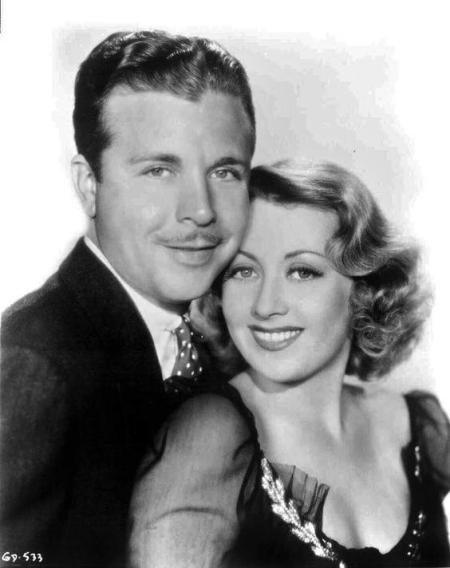