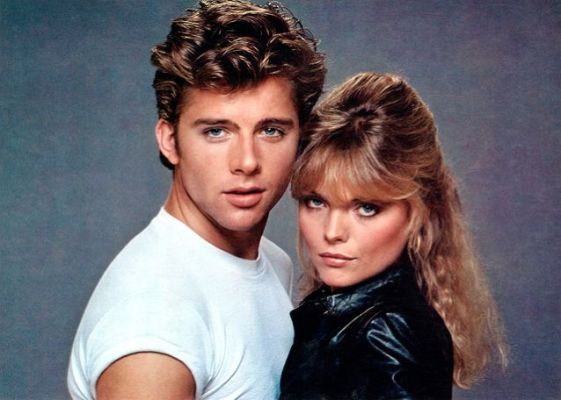 GREASE 2 —-the 1978 smash Grease was, better or worse, the number #1 hit at the boxoffice that year, and the tag-line “GREASE is the word” saturation-bombed billboards and airwaves. Four years later this witless sequel gasped into 46th place, all but crying out “GREASE is a turd”. Bad joke? Bad taste? Have you seen this movie?

Set in 1961, two years after the original, the hornpit that is Rydell High School sees the arrival of squaresville’s ‘Michael’ (Maxwell Caulfield, 22), the cousin of ‘Sandy’ (the dish played by Olivia Newton-John in the first movie).  The Cool Chick bossgirl of ‘The Pink Ladies’ is ‘Stephanie’ (Michelle Pfeiffer, 23), who is about to dump her doofus punk boyfriend. Michael needs to dig the scene in order to “bad-boy” impress hot-trotter Steph. Cue 13 songs that no-one remembers. Okay, one of ’em is all right—“Cool Rider” belted out by slinky Michelle passes muster, though it sounds nothing like what you’d hear within two decades of 1961.

Scripted by Ken Finkleman, who managed to tarnish another followup that same year, with Airplane II: The Sequel, which at least is better than this drip.  Direction can be blamed on dancer/choreographer Patricia Birch, mangling her first & last feature assignment in the driver’s seat. Sassy newcomer Pfeiffer gives the movie its only spark.

On hand to try and make things matter are Tab Hunter, Connie Stevens, Matt Latanzi and Janet Jones. Newbies to the T-Birds and Pink Ladies include Adrian Zmed, Christopher McDonald and Lorna Luft. Back from the original are Didi Conn, Sid Caesar, Eve Arden, Dody Goodman and Eddie Deezen. Groaning for 114 minutes, the $13,200,000 inserted only returned $15,200,000.

Caulfield:  “Before Grease 2 came out, I was being hailed as the next Richard Gere or John Travolta. However, when Grease 2 flopped, nobody would touch me. It felt like a bucket of cold water had been thrown in my face. It took me 10 years to get over Grease 2. ”

Pfeiffer: “That film was a good experience for me. It taught me a valuable lesson. Before it even came out the hype had started. Maxwell and I were being thrust down the public’s throat in huge full page advertisements. There was no way we could live up to any of that and we didn’t. So the crash was very loud. But it did teach me not to have expectations.” 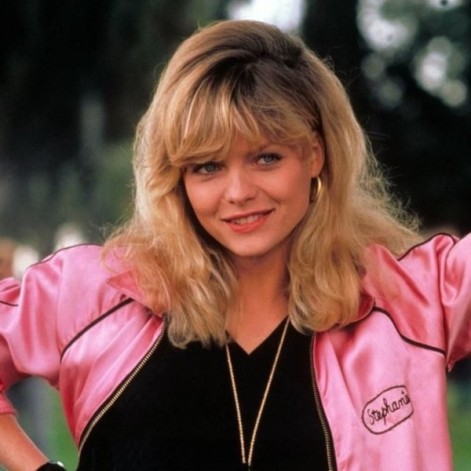