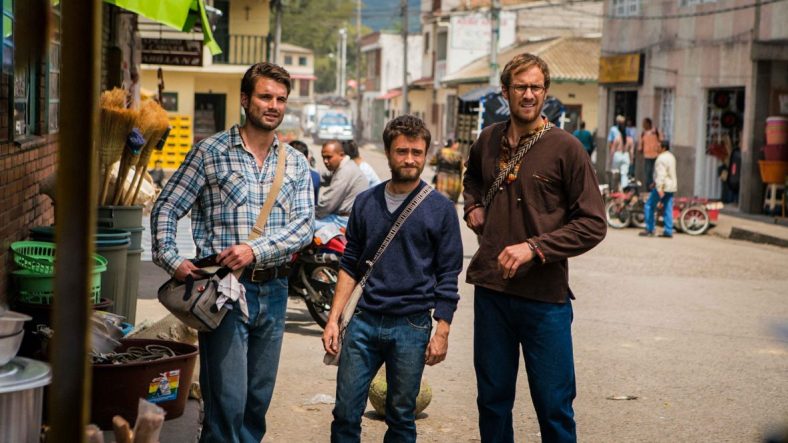 JUNGLE  is a worthy 2017 entry in the Be Careful What You Wish For pantheon of Man V. Nature adventures, True-Life category. 22-year-old Israeli backpacker Yossi Ghinsberg’s 1981 journey to Hell and back was originally inspired by Henri Charriere’s book “Papillon”. Ghinsberg wanted the old con’s blessing on his journey to explore South America, but Charriere passed away before the young man could meet him. In Bolivia, Yossi (Daniel Radcliffe) befriends Swiss teacher Marcus Stamm (played by Joel Jackson), and Stamm’s close friend Kevin Gale (Alex Russell). Convinced by sketchy but confident adventurer, Karl Ruprechter (fine work from Thomas Kretschmann) that they can connect with a lost tribe and pan for gold the naive trio and their blithely macho guide set off into the wild. Planning?–who needs it? Provisions?–we’ll live off the land. Chances of coming out?—diminishing.

Directed by Greg McLean (Wolf Creek) written by Justin Monjo, from the book by  Ghinsberg, it was filmed partially in Colombia, but mainly in the jungly reaches of Queensland, Australia.*

Radcliffe leaves Mr. Potter’s woes and talents far behind with his portrait of the curious, courageous but painfully credulous hero, and goes the Christian Bale route by losing a dramatic amount of weight off his already slim form to show the wastage effects of being lost in a giant restaurant where you’re the main course. The squeamish will have a tough time with this one. 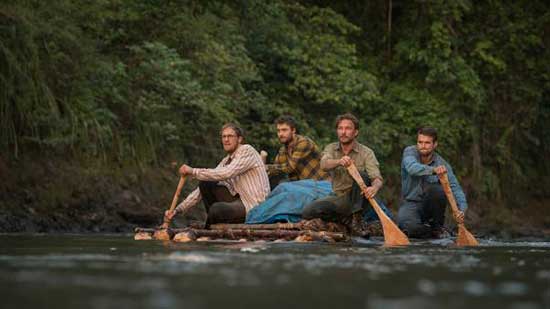 With Yasmin Kassim (the native girl Yossi imagines in his delirium) and Lily Sullivan (the comely backpacker he imbibes ‘San Pedro’ with). 115 minutes. Grosses came to a barely there $1,288,000. A good adventure film.

* Ghinsberg wrote several books on his experiences: first in 1996 with “Back From Tuichi: the Harrowing Life-and-Death Story of Survival In The Amazon Rainforest”, followed in 2007 by “Laws of the jungle: jaguars don’t need self-help books” and in 2017 “Jungle: a Harrowing True Story of Survival in the Amazon”, which the movie then based its screenplay from. Though Radcliffe suffers torments in the film, they’re but a fragment of the bug-yuck miseries endured by the author. 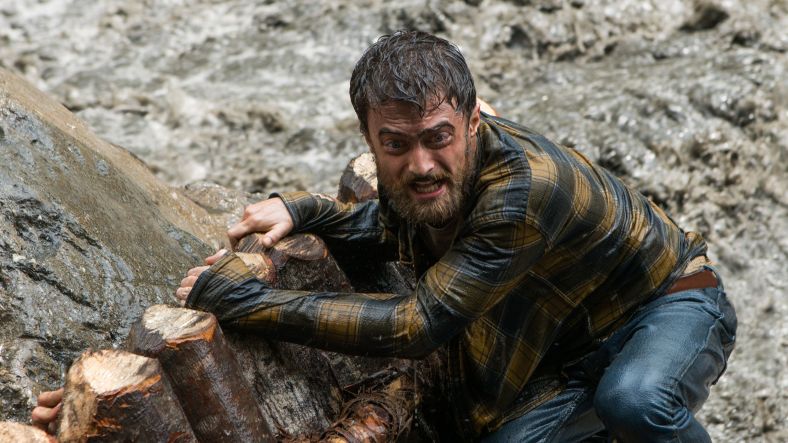