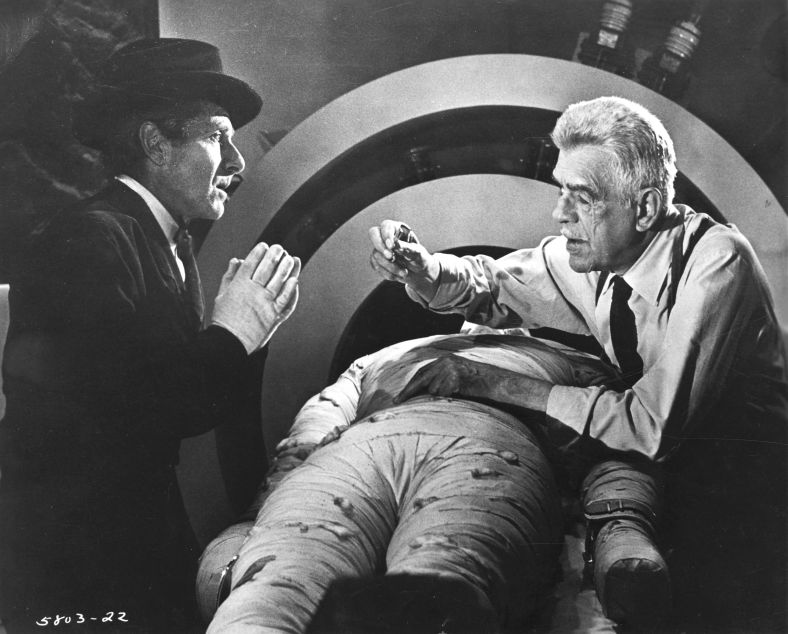 FRANKENSTEIN 1970—-eleven Presidents later (and counting) and I can still recall how ripped off I felt when I fidgeted through this 1958 turd, which, since it starred Boris Karloff I naively assumed—as a Eisenhower-raised boy-next-door— might mean something. Poor Boris was just in need of rent money after all.  Directed by Howard W. Koch, lasting 73 minutes, it was filmed in eight days with a budget of $100,000, proof you get what you pay for.

Two bright notes: (1) the sound effects used to illustrate the dumping of body parts were deemed too grisly, so a toilet flushing was substituted, no doubt to audience approval. (2) co-stars Don Barry and Charlotte Austin were invited to a radio talk show to plug the film. They got hammered beforehand and spent the interview running down the movie.