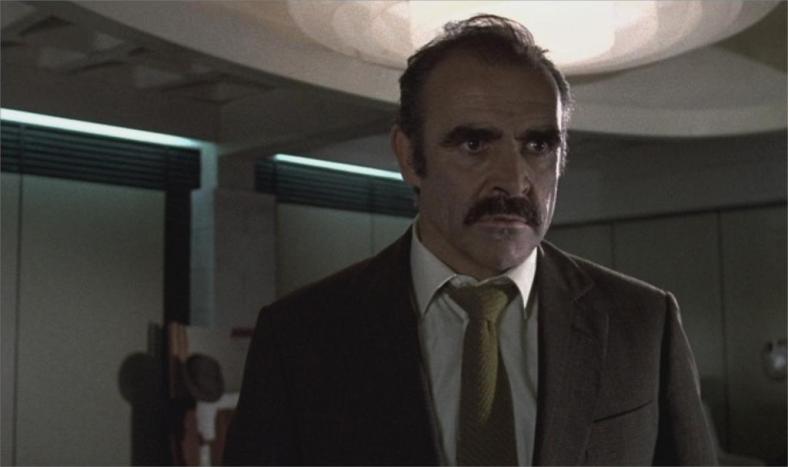 THE OFFENCE ——unsparingly dark 1973 drama from Britain, directed by Sidney Lumet, veering from his favored urban New York settings to the bleak apartment blocks of Bracknell, an area that may have its charms but– as presented by Gerry Fisher’s mood-appropriate camerawork—things look none too bloody cheery. *

The unsettling subject matter—a job-brutalized cop goes too far investigating a series of child rapes—is no audience draw; despite a name star, stalwart supporting players and a minuscule budget of $900,000, while earning good reviews it only found ticket takes amounting to 95th place for the year, ultimately taking a decade to show any profit. John Hopkins script, off his play, is harsh. The acting is flat-out sensational. 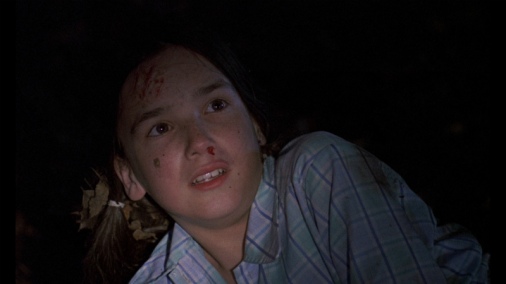 20-year veteran ‘Detective Sgt.Johnson’ (Sean Connery, 42) has reached bursting point after dealing with the horrors of his job—grisly deeds, foul perps, ruined victims—and a when smarmy, guilt-reeking suspect (Ian Bannen) pushes his hair-trigger buttons, Johnson explodes. “Nothing I have done can be one half as bad as the thoughts in your head.” The resulting carnage wreaks havoc on his dead-end career, his barren marriage and his disintegrating self-image. The suspect isn’t in good shape, either.

Lumet worked with Connery five times, getting strong work from the bruiser in The Anderson Tapes, Murder On The Orient Express, Family Business and what’s often cited as Connery’s best non-Bond performance, The Hill.  This 112-minute chamber piece of boiling rage, revelation agony and soul despair is the least purely enjoyable of the quintet, but it’s the most intense and bracing acting in Sean’s stellar career.  The charm of 007, The Untouchables, The Wind And The Lion and The Man Who Would Be King is turned inside out, as Johnson’s case-inflicted nightmares and direst buried impulses collide.  The result is an actor’s showcase, a sustained, searing job of work that ought to have pegged at least a nomination for Best Actor at the Oscars.  This also holds true for the great Ian Bannen who is just brilliant; his scenes with Connery have them both at full psyche-baring tilt. **

Not to be left in the lurch is another sterling pro, Trevor Howard, who summons his own gusts of intensity in brief moments sparring with the star. He got second-billing, yet doesn’t appear until 69 minutes into the story.  Also in the cast: Vivien Merchant (undergoing punishing verbal abuse as the detectives wife), Peter Bowles and Maxine Gordon (the pitiful child victim).

Lost among the year’s big guns, buried like an unsolved case in the files, the film is finally getting its due with a new generation of reviewers and a fresh look-in from fans, who may be discomfited by the downbeat story but will be assuredly blown away by the A-class delivery from Sean, Ian and Trevor.

Lumet: “While the goal of all movies is to entertain, the kind of film in which I believe goes one step further. It compels the spectator to examine one facet or another of his own conscience. It stimulates thought and sets the mental juices flowing.”

* London’s overflow population underwent a flurry of crowd dispersal in the 60s and 70s, as newly created “satellite” towns-–vast, monolithic blurs of semi-industrialized estates composed of stark office buildings, cloned homes, apartment blocks, motorways and ‘natural strips’—were constructed in the home counties such as Berkshire.  Lumet and cinematographer Fisher work a drab pallet of rain-swept greys, ugly strip lighting, and dirty shadow.  Live in this hive and you’d pummel Bannen, too.  Another merciless look at England’s less-swinging side from the day can be seen in The Whisperers. Time to head for Spain!

** Connery’s career-thanks win for his enjoyable turn as a supporting actor in The Untouchables (really belonged to Morgan Freeman in Street Smart) was a gimme after ignoring his vital work in From Russia With Love, Goldfinger, The Hill, The Wind And The Lion and The Man Who Would Be King. Passed over for The Offence, he was better here than 1973s winner, Jack Lemmon in the tiresome Save The Tiger, and showed more guts and grit than the other nominees: Brando in Last Tango In Paris, Nicholson in The Last Detail, Pacino in Serpico, Redford in The Sting. They were all excellent, but Sean’s fractured cop bested them. Likewise, Ian Bannen was left out of the Supporting lineup (one-note windbag John Houseman won for The Paper Chase) just as he was 22 years later for his evil leper in Braveheart (he and Patrick McGoohan both!) I have spoken: let it be set down… 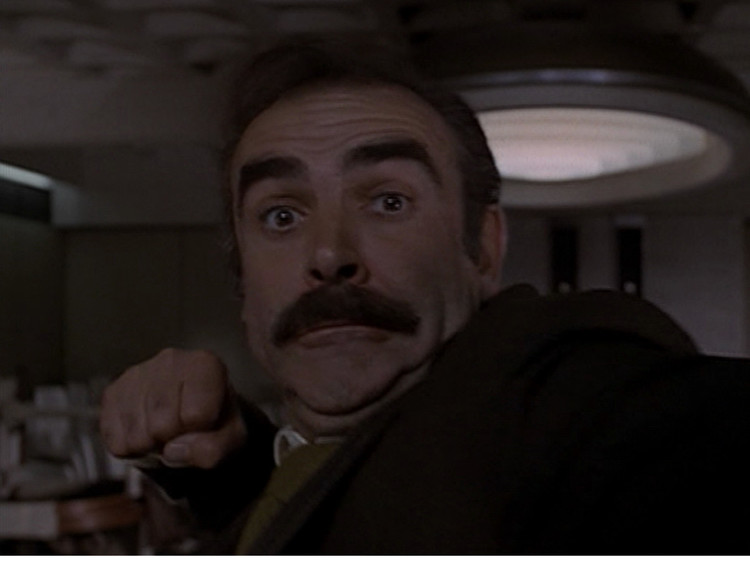 2 thoughts on “The Offence”