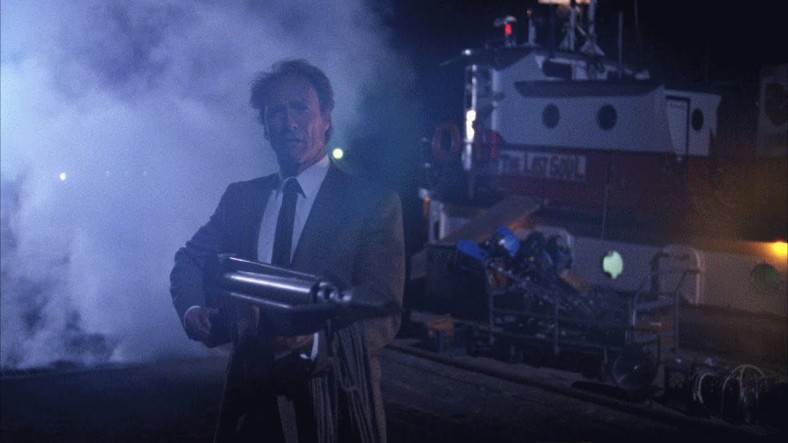 THE DEAD POOL —-Clint Eastwood’s ‘Harry Callahan Quintet’ followed the grading curve: Dirty Harry broke rules for an A, Magnum Force bullseyed a B, The Enforcer roughly booked a C+ and Sudden Impact took paid leave at D+.  So, this dud round (“which could blow your head cleen offf “), popped out of the aging .44 in 1988, lands with a silencer’s chug at the F-stop.  Okay, Commissioner, maybe it’s not that bad, but sixteen years after the first classic, with the game but graying hero now 58, it’s pension time. 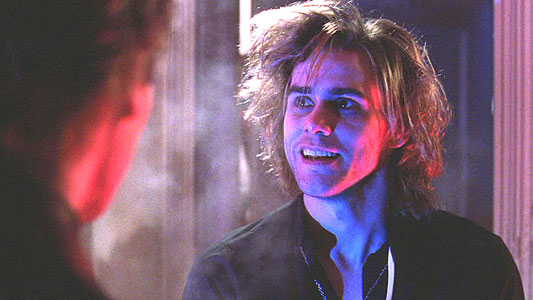 Dullsville, despite Patricia Clarkson, Liam Neeson, Evan C. Kim and a young Jim Carrey (billed as ‘James’) playing someone named ‘Johnny Squares’.  Directed by Buddy Van Horn, beating 91 minutes at a cost of $31,000,000. It didn’t sell well, making back only $38,000,000, the least profitable of the five Callahan brood.  Hang up the holster, Harry. 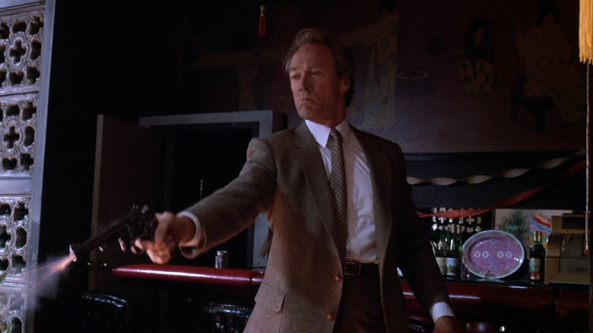