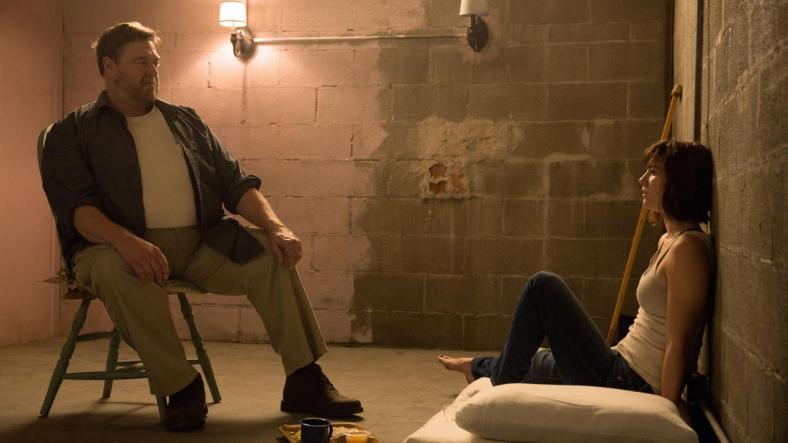 10 CLOVERFIELD LANE  does an aces job mixing a psychological horror plot line in with a science-fiction framework. Produced by J.J. Abrams, the 2016 hit isn’t a sequel to his 2008 surprise smash Cloverfield, but more of a cousin, as like the earlier movie this traps its characters (and audience) in confined spaces, mining dread and tension out of dislocation, confusion and uncertainty about exactly what the hell is going. Smart, creepy, funny and suspenseful, it’s a compact little winner. 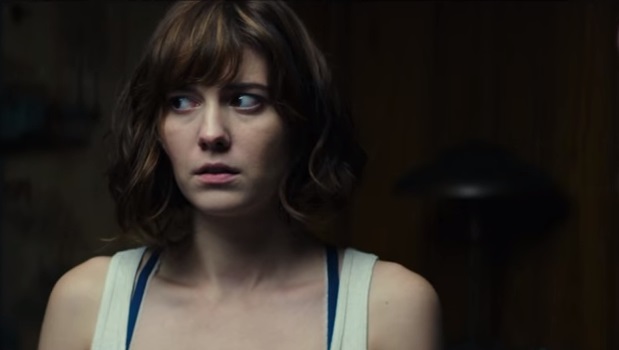 ‘Michelle’ (Mary Elizabeth Winstead) wakes up after a car wreck. On a bed with an injured leg. Chained to the wall. In a concrete room with a locked iron door. This does not look good. Her captor—or is it savior?—‘Howard’ (John Goodman) tells her she can’t leave his underground bunker because the world above is contaminated from an attack, by someone or something–Howard says it could be Russians, North Koreans or… Martians.  Howard’s matter-of-fact manner is obviously unsettling, and there is another person sharing the well-stocked survival prison, ‘Emmett’ (John Gallegher, Jr.), also-injured, seemingly resigned.

As the depth-challenged but decent hayseed, Gallegher’s fine. Getting better all the time, the winsome Winstead is very good as the buffeted but resourceful heroine: we’d share an alien-besieged bunker with her anytime (minus a possible maniac). The Great Goodman fully knocks it out of the park (or cellar). An example of the kind of superior acting in small-scale genre films that never get the industry award credit deserved, Goodman’s ursine, paranoid Howard is a diamond of razor-timed nuance, tightly wound into damaged compartments of calm menace, droll logic and affronted dignity: this is one of his best performances.

His first time at wrangling a feature, Dan Trachtenberg’s direction is precise and wisely restrains what someone like Eli Roth would have made grisly, working on a small budget ($15,000,000) with a script finessed by Damien Chazelle (sandwiched between his triumphs Whiplash and La La Land ). Thankfully, Trachtenberg doesn’t force or allow cinematographer Jeff Cutter to indulge in shaky-camera-format distraction. It starts with an ingenious credits sequence, the editing is tight, and Bear McCreary drives it all with a nerve-tightening, full-bodied orchestral score. Elements of this excellent soundtrack summon the spirit of Jerry Goldsmith and Bernard Herrmann. * 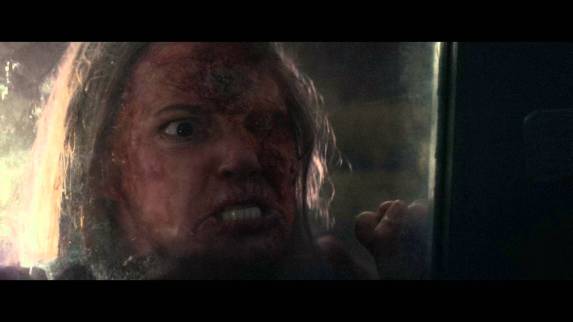 Befitting a riveting, consistently surprising package of nail-biting threat sown with relief valves of deadpan mirth, the razzmatazz climax is both story-logical and over-the-top,  ending the heretofore compressed thriller with cleverly designed special effects that hint at an appropriate apocalyptic scale. Critics approved and so did crowds, to the rustle of $110,000,000. With Suzanne Cryer. 104 minutes. 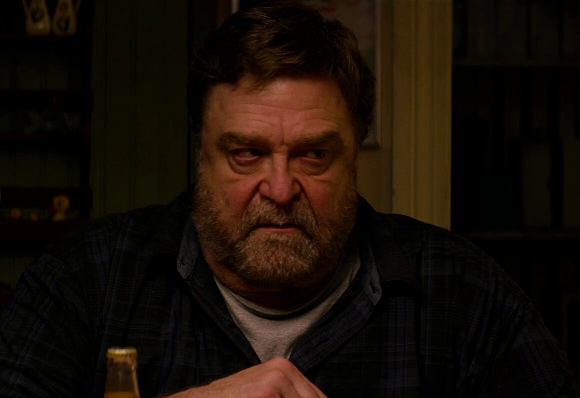 * Part Twilight Zone, part Stephen King, Chazelle’s script retooled one written by Josh Campbell and Matt Stuecken, who came up with the story.  Composer McCreary was a protege of the great Elmer Bernstein, working for and studying under the maestro for a decade. In his blog he gives a very interesting description of how he designed the music—well worth seeking out. Here’s a neat quote from it: “10 Cloverfield Lane allowed me to draw inspiration from my favorite composers, to work with inspiring filmmakers, to fulfill dreams of exotic instruments and experimental orchestras, and to write a melodic, thematically driven score in the style of those I have always admired. Looking back on the experience, however, one moment stands out against a blur of memorable moments. My entire journey on the film came full circle when I brought my daughter Sonatine, now nearly two years old, up to the orchestral podium to conduct with me. She stood facing the players with quiet awe as the intense sounds washed over us. She then raised her little arm and moved it up and down, imitating me, conducting a group of the finest orchestral musicians in the world.”