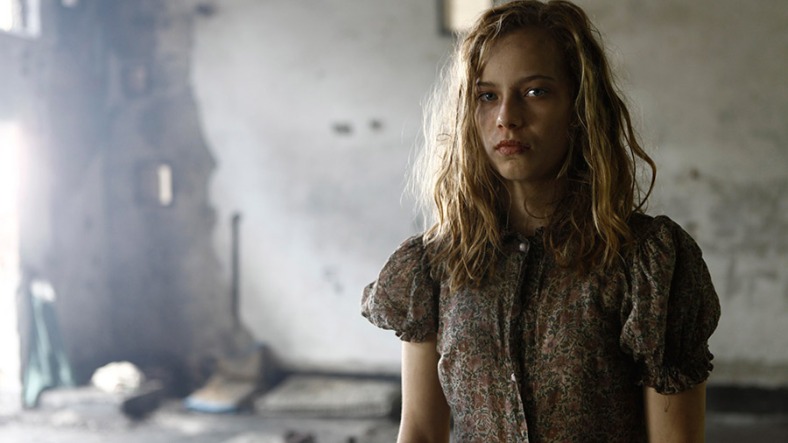 LORE is a striking, superbly acted drama with many impressive moments that also ultimately works against complete success with too much artsy directorial indulgence. Critics in the main raved it as Grade-A, but I’ll side with the minority who found fault with director Cate Shortland’s over-reliance on opacity, and give the 2012 effort a respectful B.

World War Two’s final days in Germany. Hitler kills himself, the country is partitioned into zones among the unsympathetic or vengeful Allies. After their mid-level Nazi parents cut them loose in light of their own looming arrest, 14-year-old ‘Hannelore Dressler’ (Saskia Rosendahl) sees her propaganda-raised childhood brutally end when she’s thrust into friendless instant-adulthood, leading her four younger siblings on a 900 kilometer/560 mile trek across the shattered countryside from their southern home near The Black Forest to the hopeful sanctuary of their grandmother’s near Hamburg. A joyless road trip that starts with shooting the family dog. 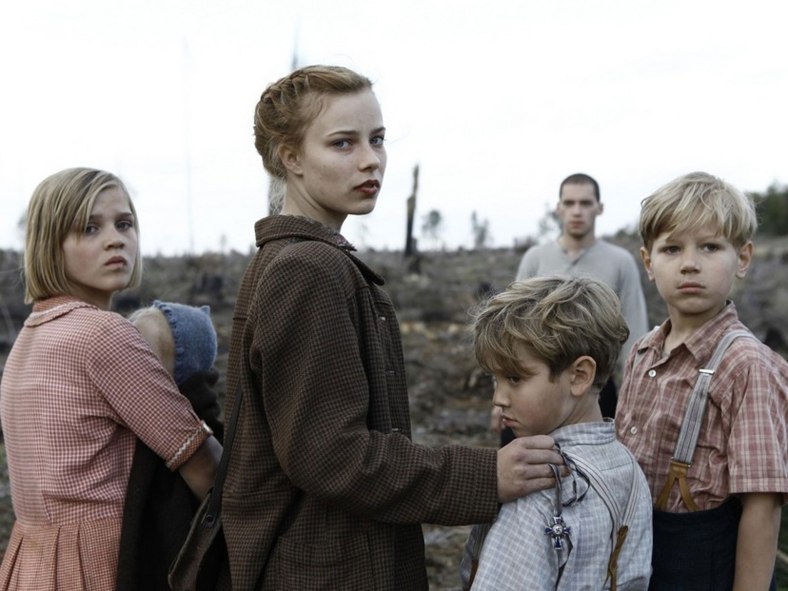 Rosendahl, at 19, made her feature debut here, and is wholly remarkable as a misled innocent coming of age at the worst possible time and place, saddled with immediate life-or-death responsibility, racked by confronting a mountain of lies and caught in the tides of her emerging sexuality. A natural beauty with apparent depth and instinctive talent, you can bank this young woman is going to be a big star.

For my tastes, in directing, while she elicited excellent performances and captures the mood of dislocation among the stunned defeated populace betrayed by their deified Fuhrer, Shortland has cinematographer Adam Arkapaw (Animal Kingdom) use extreme close-ups overmuch and by the time the film got to the last act, I found myself waiting for the next obtuse-angle view. Otherwise, so much of the production is so good that that’s a minor carp, even if to my eyes her aesthetic ploys became intrusive. That said, in portraying what was a mass national nightmare on a miniature, family & child-sized scale some of the most telling details that Shortland supervised give flawless credit to the makeup department, headed by Ulrike Borrmann, and in the props corralled by production designer Silke Fischer. 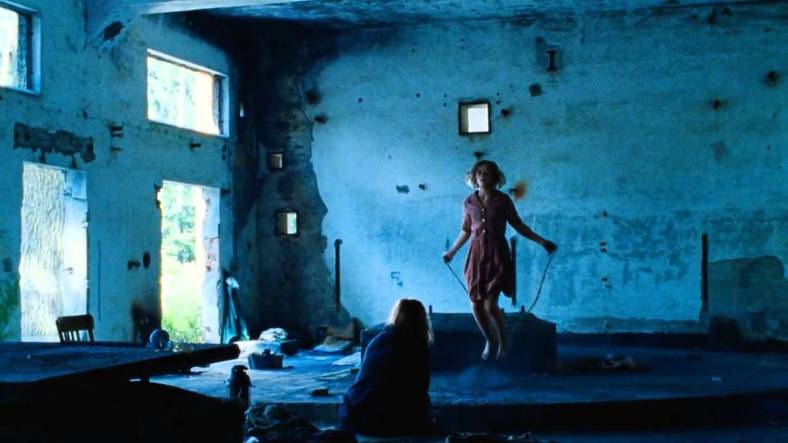 Shortland co-wrote the script with Robin Mukherjee, off a novella from the 2001 book “The Dark Room”, written by Rachel Seiffert. The 109 minutes move at a slow pace, befitting the trudge through disbelief, hunger, trauma and general misery the kids endure. To its credit, the film assumes the audience has some idea of how to place the story in a time-frame perspective. *

Shot for a little over $5,000,000, the box-office take in America came to $969,000. Another $230,000 came in from Australia. I can’t locate other international figures. Lots of awards from film festivals and societies. With Nele Trebs, Kai-Peter Molina, André Frid, Ursina Lardi, Hans Jochen-Wagner, Mika Seidel and Eva-Maria Hagen. 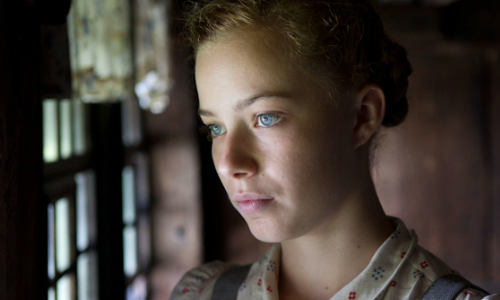 * Shortland is Australian and doesn’t speak any German, but that didn’t seem to hang her up drawing out the best from her cast. Any number of nationalities were rent by the Armageddon of the Second World War. Generally, the take on Germany is shown through standard war films—The Ruthless, Efficient Enemy–or in the endless procession of indictments via Holocaust-centered screenplays. The Nazis, of course, earned every atom of revulsion we can summon, but ignored (outside Germany) is the incalculable suffering of their civilian population. The ghastly diaspora from East Prussia under avenging rape and slaughter from the Red Army is one of the great unacknowledged horrors of a conflict that had more than enough to go around. 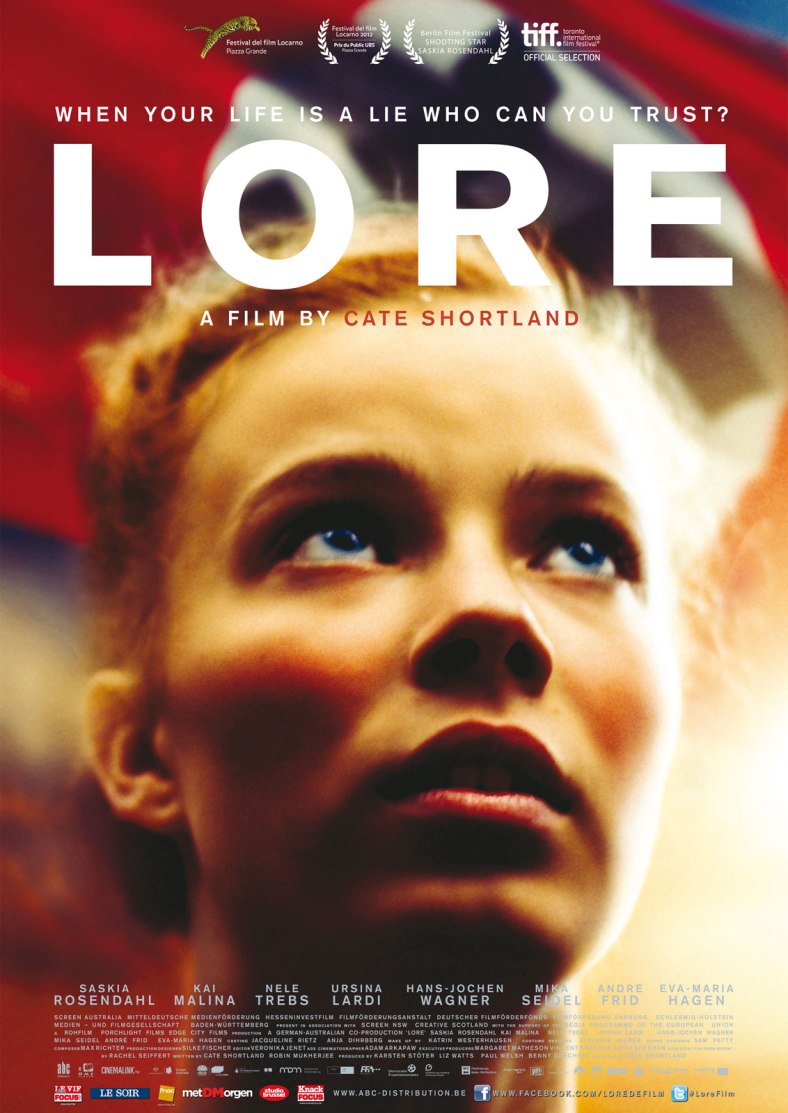