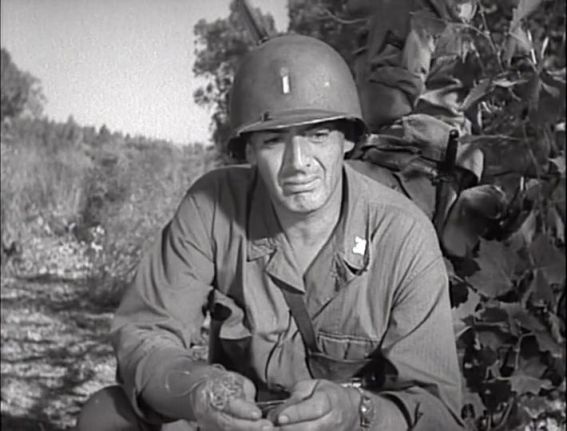 Directed by Robert D. Webb, the 82 minutes are unexciting, unrealistic, pretty much ‘un’. Filmed for a trim $850,000, giving some work to Nick Dennis, Alexander Scourby, Henry Kulky and Roy Roberts.

Item of note is that the unprepossessing Moore had been a combat Marine who managed to make it through Iwo Jima. He kidded fellow USMC vet Marvin (wounded on Saipan) that the location filming spot, Fort Leonard Wood in Missouri (nicknamed “Fort Lost In The Woods Of Misery” ) was a hellhole “so bad they were volunteering to go to Korea to get out of there.”

This movie mission took hostile fire and reported a shamefaced #141 of the years releases.