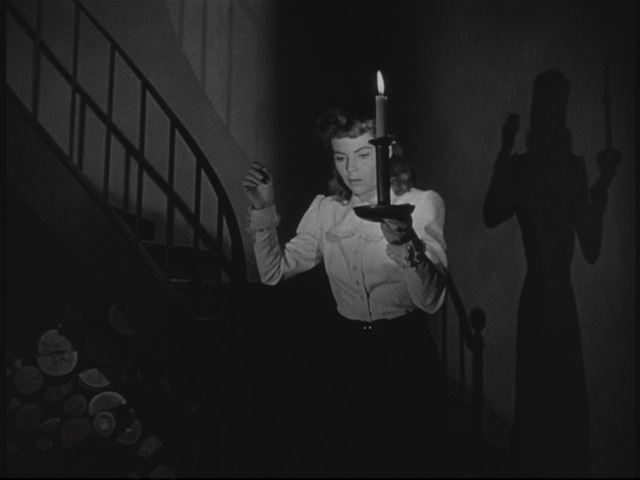 THE SPIRAL STAIRCASE , a classic “dark and stormy night” chiller, no doubt shivered the bobby-sox off its audience back in 1946, and its handsome professionalism holds up all these years later, after countless maidens have been stalked through endless variations and ripoffs, ‘murdered to death’ by the bloody swill of slasher films and spirit-exhausting sewers like The Lifetime Channel *.

No gouts of crimson here, just a nonstop thunderstorm, a big house with a cobwebby cellar (candles only, it’s 1916, electricity still a luxury), a frightened girl with a handicap (Dorothy McGuire has lost her speech), a serial killer at large (targeting the ‘afflicted’**) ,and multiple resident suspects. Superbly crafted by director Robert Siodmak, going 3fer3 that year with The Killers and The Dark Mirror. His great assist comes from cameraman Nicholas Musaraca, making every shadow, mirror and angle count as we try to see which of the questionable array of quarrelsome relatives and nosy visitors are bent on more than irritation. 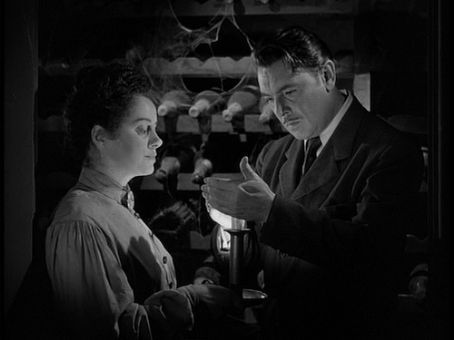 Dore Schary produced for $750,000, returns of $6,006,000 put it at #47 for the year. With James Bell, Erville Anderson and Ellen Corby. The director himself provided the eerie ‘killers eye’. Well scored by Roy Webb. 83 edited-just-right minutes. 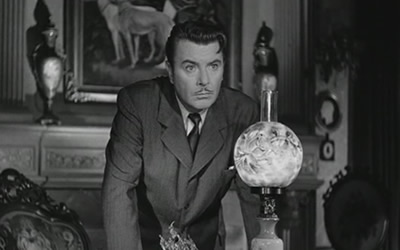 * As to the eventual perversions offered by  Lifetime: Television for Women, they should have been up front and called it Television for Sadists & Masochists, given the spigot of tormented female victims it paraded.  The Spiral Staircase may be old, old hat to those raised on that boobtube junk or the cascade of big-screen retch of Friday the 13th and minions, dehumanizing women and equating sex with slaughter, but along with its finessed casting, taut editing and agile juxtaposition of elements it has one more vital thing the technique emulators lacked: class. 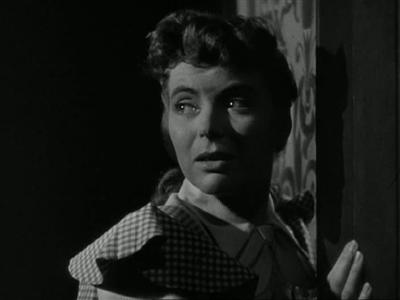 ** While hardly the first multiple-suspect thriller and four decades from the first where the female lead is at risk (cue up the ‘tie-to-railroad-tracks’ motif), this may be the first that further imperils a heroine by stacking her deck with a physical condition—blindness, mobility, etc. Screenwriter Mel Dinelli changed things considerably in adapting Ethel Lina White’s 1933 novel “Some Must Watch”, and we wonder if the WW2 era revelations of the Nazis sick drive to eliminate the “unfit” percolated into having the murderer here be consumed with a lust for some kind of ‘purity’?  Or maybe he was just another freak with an excuse? 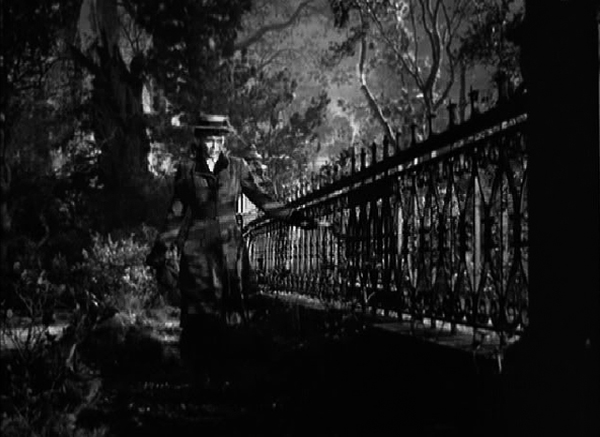