LORD LOVE A DUCK  is one weird puppy. Scathing and smutty, too ahead of its time to be appreciated on release, too slipshod and uneven to make much more than mischief. Now a bit of a subversive camp classic, it shoots itself in its own webbed foot by dint of a major miscast and in a second half that falls apart, sloppy enough that it didn’t recover sufficient green in 1966 to counter its dinky $800,000 price tag. 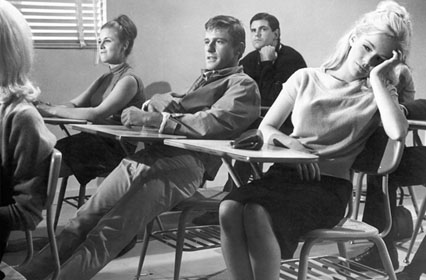 Acidic screenwriter George Axelrod was apparently beyond fed up—with just about everything— when he adapted and directed Al Hines 1961 novel.  A freakishly kooky high school senior (Roddy McDowall) has a genie-like relationship with the school’s most desirable beauty (Tuesday Weld). He uses his hypnotic powers to see she gets all she wants, and maybe deserves, leaving a wake of besotted casualties, both in the guise of the secondary characters and via the lacerating of contemporary mores. No cow is sacred in this farce and Axelrod takes a sledgehammer to every part of society he can swing it at, basically saying the whole lousy outfit (a nation whose pulse is Hollywood) is infantile. Well.….?

It runs 105 minutes, and for much of the first half it scores some quite funny stuff, thanks to the inspired daring to harpoon those sacred cattle and duly energetic playing from the cast. Shooting its bolt, it degenerates into the sort of now-wrap-it-up-somehow manner of the inane Beach Party movies that are one of its targets. Fritters away. 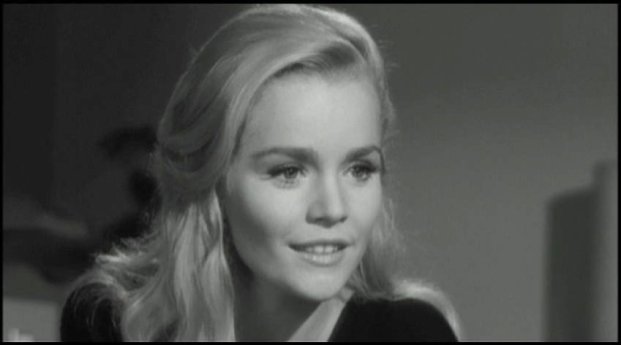 The good (sometimes hilarious) stuff in the first half comes from the work by Weld (like walking whipped cream), Lola Albright (excellent), Harvey Korman (just about to hit it big with Carol Burnett), Ruth Gordon and especially veteran 50s standby Max Showalter (a.k.a. Casey Adams). Showalter’s utterly bizarre, borderline corrupt scene with Weld and some sweaters is one of the wildest bits of any film of the era: his horselaff is alone worth the rest of the flick.*

At 36, Roddy McDowall is not only obviously far from the teen beat, but the character and his spin on it are a turn-off, so broadly false and creepy that he generates not sympathy but irritation.  A marvelous child actor, as an adult he was too often lightweight (good job in Cleopatra ) and he can’t carry sufficient ballast here.** After a jarring dramatic interlude midpoint (with Albright–who nails it splendidly) the balance of the story and Axelrod’s nonstop screed just hobble and limp to a “that’s all?”conclusion.

Weld is gorgeous, smart and funny, looking like she’s having a ball with the material. It would be tempting to lament that Hollywood didn’t know ‘what to do on Tuesday’, but her own choices of which jobs to take or leave contributed mightily to the erratic trajectory of her mystifying career. She apparently confided to Rex Reed (is that, like, a good idea?) that this was her favorite flick and best work. Maybe not as to the film, but her bouncy energy, sparkling intelligence, sharp timing and broiling sexuality get a heck of an airing in the crazy quilt of vignettes presented here.

**Maybe Roddy was a great guy, so I’ll soften the pile-on, but the hole his miscasting punches in this tenor-sensitive piece shows how crucial it is to have the right actor fit for a character. Even the daffiest of jokes require enough suspension of disbelief to carry them to the punch line, and this sort of spoof calls attention to itself by telling the audience that it’s characters are to be believed as opposed to the madness around them. It’s not the age so much (Tony Perkins, 33, could have pulled it off, and aced the strange) as McDowall’s studied manner and still faintly English vocal inflection: they clank artificial from the start. What worked so beautifully for him as a boy in How Green Was My Valley and Lassie, Come Home often came up blank as an adult in films like The Longest Day and 5 Card Stud.  To be fair, we’ll give him due as the devious ‘Octavian’ in Cleopatra and the idealistic ‘Cornelius’ in Planet Of The Apes.  And at any rate, it wasn’t the actor who cast himself, so the mistake (in my noggin) really belongs to Axelrod. 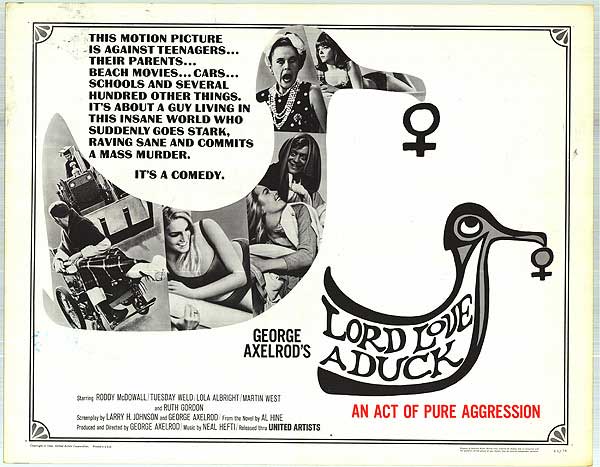