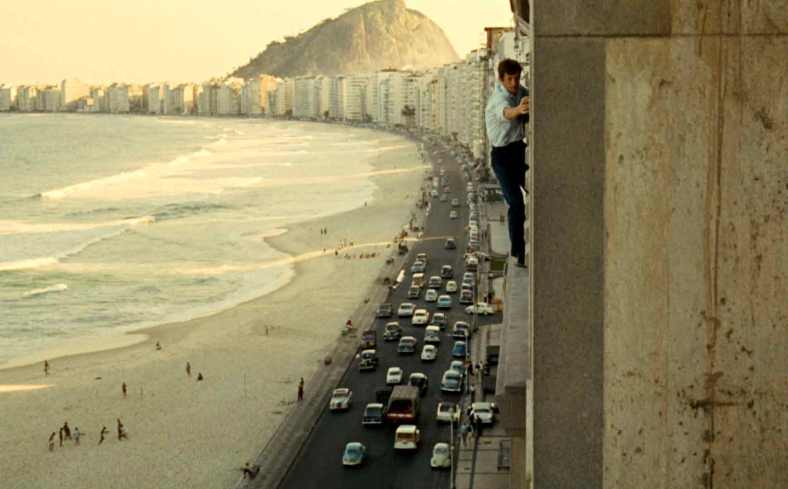 THAT MAN FROM RIO—-bearing fond recall of this 1964 French adventure-comedy, enjoying it as a kid on a double-bill with Goldfinger, I recently watched it again five decades down the road. Sometimes it’s best to just leave memories snoozing comfortably in the sun.*

Seen afresh fifty years on, its strengths are still on view, but revealed weaknesses weigh it down.  A big hit in France, doing well in the States, it got (and receives) good reviews and clipped an Oscar nomination for the script. The utterly silly, absurdist lark has on-leave airman Jean-Paul Belmondo romp a madcap week from Paris to Brazil, rescuing abducted girlfriend Francoise Dorleac and a prized pre-Columbian statue from thieves who are after more and greater treasure in the Amazonian jungle. 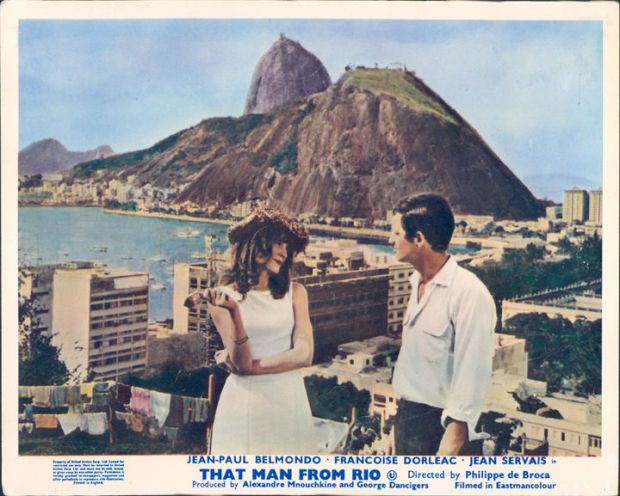 Directed lickety-split by Philippe de Broca (co-writing as well), it’s a sunny showcase for the athletic slapstick skills of Belmondo, who throws himself into the physical business and spirit of the zaniness like a young Burt Lancaster mixed with a touch of Buster Keaton. Just watching him is most of the fun (forget the jokes in the jerky script, which barely raise a chuckle on their own). 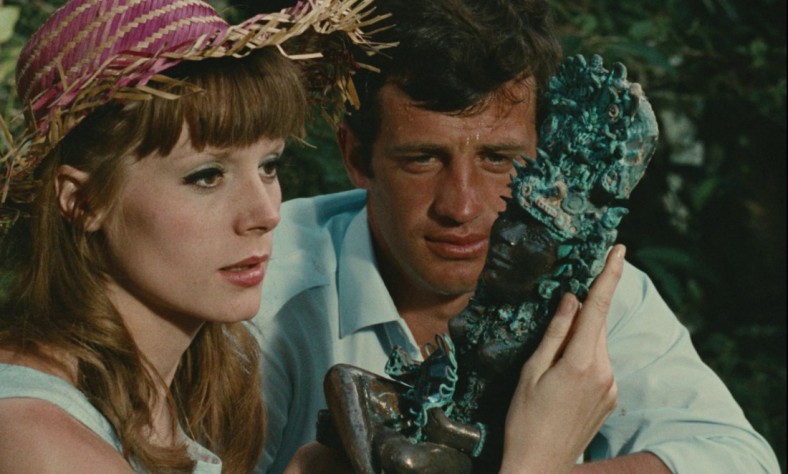 Apart from a hip-dislocating title number from George Delerue, the movies other pleasures are visual as well, in the freshness of the doomed Dorleac** and the ambient location work in Brazil.  Beyond art house showings of 1959s Black Orpheus and travelogues, the topographical vistas and lazy allure of the South American giant were still a novel treat to moviegoers. It makes a wistful time capsule of a happy and emerging Rio de Janeiro, the spanking new modernity of the capital city Brasilia and then-intact Amazonia.*** 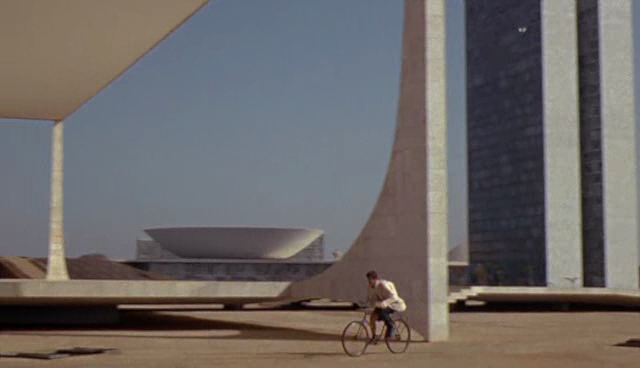 Dampening the capering is that the silly story and its chases, fights and escapes are so ridiculous they generate zero suspense: much of it feels forced and what suited maybe 90 minutes goes on too darn long at 112. The cartoon romps of Tintin were an obvious influence. Success generated another Belmondo-de Broca fest the following year, Up To His Ears, larger in scale, with Ursula Andress. 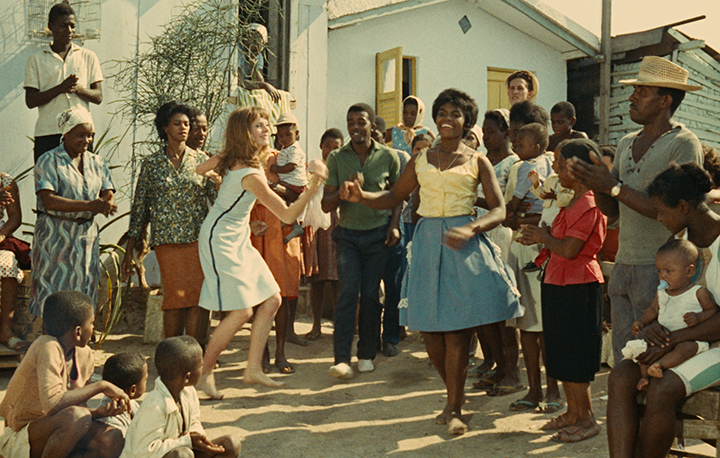 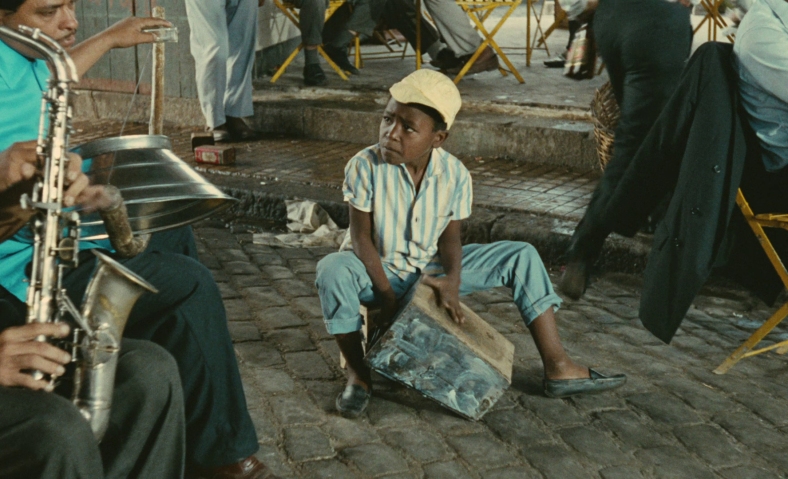 * Though underwhelmed by the recent rewatch, I will always hold a smiley space for this dated oldie, as the long-ago matinee I attended not only introduced me to James Bond and added more wish candy to my movie-fueled wanderlust—it cemented a lifelong friendship with one of my grade-school pals who attended. Hi, Don!

** Intriguing, charming, beautiful, talented Francoise Dorleac was poised for surefire stardom after this and her work livening up several other credits (The Young Girls Of Rochefort, Genghis Khan, Cul-De-Sac, Where The Spies Are ) but a horrific 1967 auto accident took her at 25. 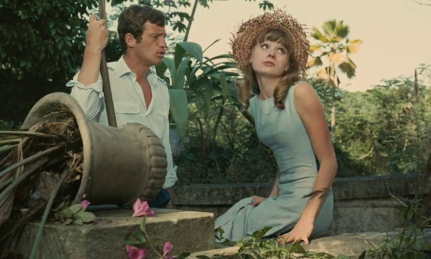 ***  Rio had around four million residents when this was filmed—2016s metro tally takes in 3x that, nearly 12,000 per square mile, and it goes without saying it was once a whole lot safer.  Belmondo evades a group of Brazilian soldiers in one scene: ironic in that a few months after filming was wrapped, a military coup d’etat took place, kicking out the left-wing government and putting bully boys in charge of the looting for twenty years. It was backed by LBJ and the CIA—go figure, once again making sure ‘Freedom’ would blossom.

A further sad note underpins one of the concluding sequences, which features giant trees toppling and a massive road being ripped through the rain forest. In one quick shot, likely intended as a gag at the time, a family of indigenous Indians stand by the side of the excavating, looking on with curiosity.  Maybe it got laughs once upon a time, but now, after decades of razing the forest, it’s beyond poignant. 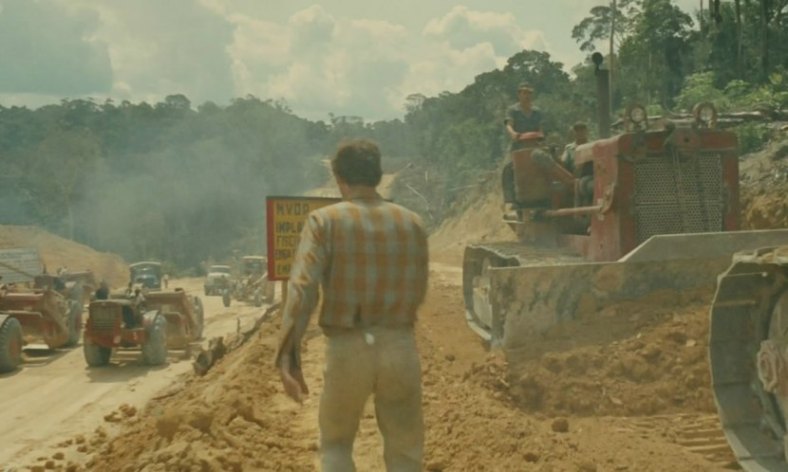