THE GUARD—-delightfully droll 2011 comedy from Ireland, written & directed by John Michael McDonagh.  A huge hit on native sod (the most successful homegrown indie ever in that country), erasing it’s modest $6,000,000 cost in earning $19,600,000 internationally, buoyed by happy reviewers and strong word-of-mouth.

Quietly and without seeming to break a sweat, it works on a number of levels: as a buddy cop flick, a fish-out-of-water gag, a region and culture specific tweak-peek, a wee mystery, a full-bodied character study, a ping-pong of sparring insults in an inverted Capraesque chuckle with anarchic behavior (ala Preston Sturges) in service of the greater good. All that in a tidy 92 minutes. 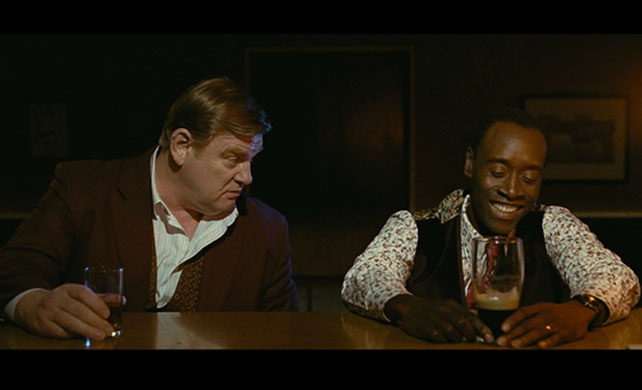 Above and beyond the literate profanity in McDonagh’s wickedly smart script is the winning pairing of two can’t-lose actors playing pitch-perfect to their strengths and off each others: Brendan Gleeson and Don Cheadle. 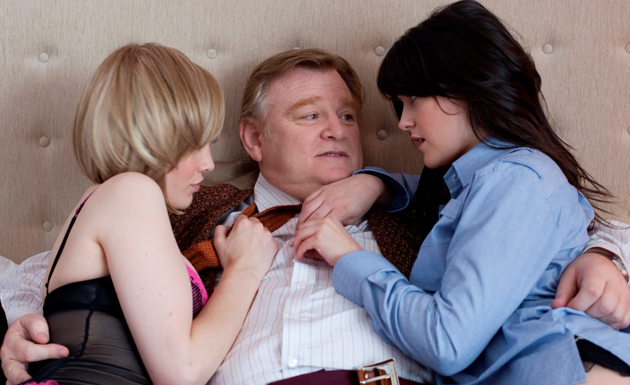 What looks like a cult murder in the Connemara coastal district of western Ireland (where  lyrical Gaelic speak holds proud and stubborn sway) may be tied to international drug smuggling.  The FBI sends in buttoned-up ‘Wendell Everett’ (Cheadle) to liaison with the local lawmen, the Garda Síachána, in the form of the rule-flouting ‘Gerry Boyle’ (Gleeson), who has a code of sorts, but isn’t above the occasional drink, drug or hooker party. The uptight Yank (standing out even more obviously since he’s African-American) and the decidedly un-p.c. local have to figure out how to tolerate each other and solve the crime.

Gleeson is a master at blending traits–physically imposing and looking quite capable of a brawl that will leave you missing teeth (or an ear), tart and cynical, battered and bruised—lived in—the deceptively brutish exterior covering the wounded soul of a poet, the voice ripe with a lulling cadence. You want him on your side–you just have to be willing to take and give some shit.

“Now I know what you’re thinking. You’re thinking, these men are armed and dangerous, and you being an FBI agent you’re more used to shooting at unarmed women and children…”

Cheadle manifests sincerity and good will, and is deft at projecting wary intelligence that’s nonetheless always slightly surprised and hurt by daft circumstance and coarse conduct. Self-effacing and patient (well, except for his great nutball ‘Mouse’ in Devil In A Blue Dress ), he’s so present, poised and alert that he can steal a scene just by standing in it.