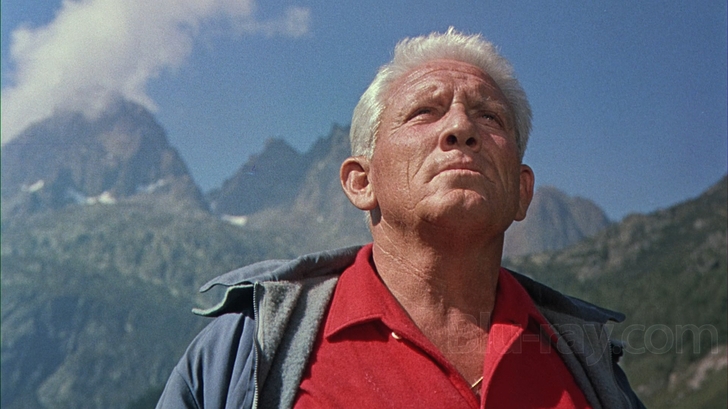 THE MOUNTAIN  was considered a failure in 1956, coming in a weak #56 for the year, not recouping its $2,119,000 cost.  Along with diffident reviews, its truculent star, Spencer Tracy, made it known that he hated working on it, his continual griping culminating in a production threatening bender. Co-star Claire Trevor later dissed it as “terrible” and “ludicrous”. It’s not great, and could certainly have been better, but it’s far from terrible, with an interesting basic story and impressive visuals. As a morality play, it simplistically stacks the screenplay deck while serving duty as watchable entertainment. A passenger plane crashes in the Alps. A rescue effort fails after rejecting the advice of a retired and wary veteran climber (Tracy) who fears ‘the mountain’ from deadly past experience.  His much younger brother (Robert Wagner) wants to go ahead and climb, not to look for any unlikely survivors, but to loot the wreck of their valuables.  He’s a complete bastard from one end of the movie to the other (paging Just Desserts), whereas the older man is a rock of decency. 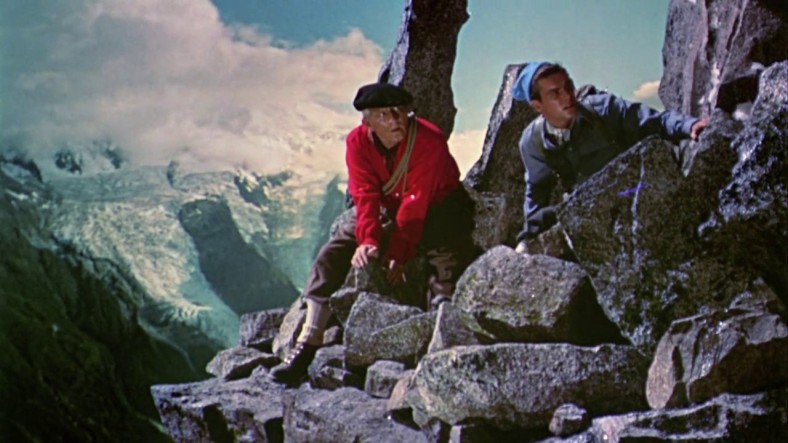 The portly 56-year old Tracy never comes close to a convincing physical fit as a mountain climber, but his undoubted chops as an actor go a long way to cover for it. The 30-year age gap with Wagner is also stretch (as is their polar opposite behavior).  Wagner was pushing his image that year, with this and his psycho in A Kiss Before Dying.  He and Tracy had worked well together two years before on the fine western Broken Lance.  That was directed by Edward Dmytryk, also in command here and he does a decent job with the fairly suspenseful climbing scenes.   Altitude-taxing location filming around France’s alpine village of Chamonix and the lower slopes of Mont Blanc mixes with generally well-integrated studio mockups.  The  pristine vistas are adriotly captured by cinematographer Franz Planer in sharp color, and the art direction of the smashed-up airplane, lethal crevasses and icy ridges is commendable. 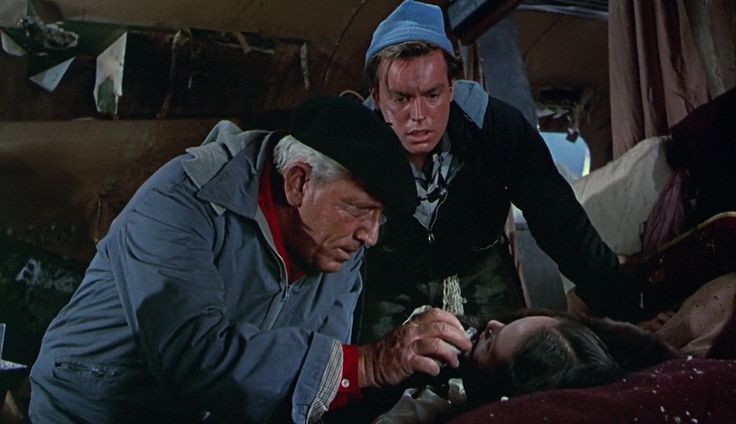 No attempt at European accents are made by any in the cast, so it plays evenly enough, while running on a bit at 105 minutes; some too-obvious process shots with Tracy near the end have an unfortunate jarring effect.  Okay score from Danielle Amfitheatrof.  Trevor has a throwaway role, as do William Demarest and E.G. Marshall.  Others include Richard Arlen, Anna Kashfi, Harry Townes and Barbara Darrow.* 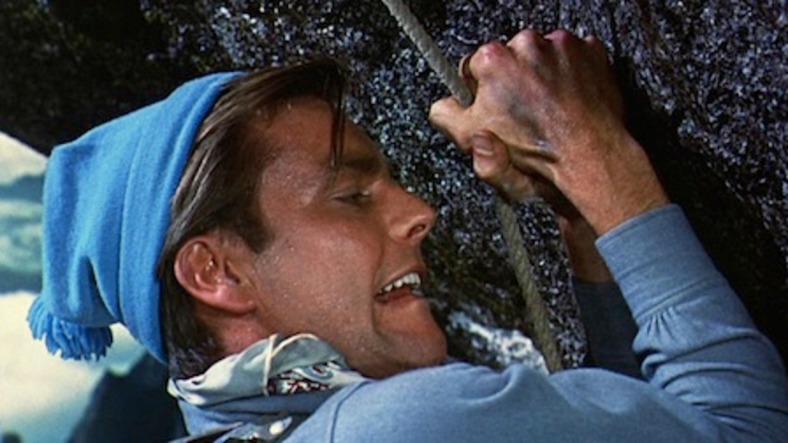 *Alluring starlet Barbara Darrow didn’t crack any glass ceilings with her acting career, which included roles in The Monster That Challenged The World and Queen Of Outer Space (as ‘Kaeel’, one of the Venusian beauties), but she picked the gold ring with a husband: hubby became founding prez of Viacom. Their son nabbed the top slot at Colombia TriStar.  It seems The Mountain was but a molehill in the ascent of at least one lucky climber. 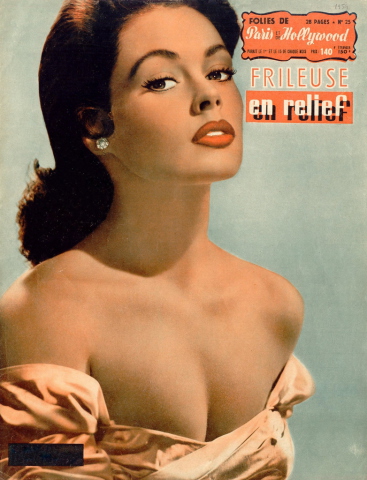 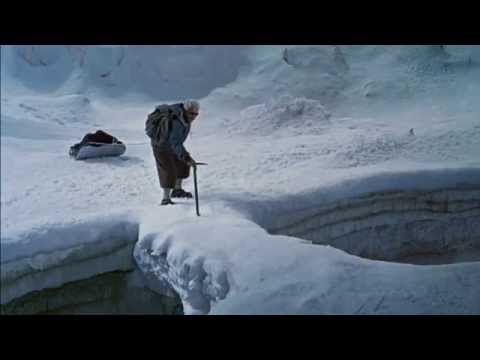