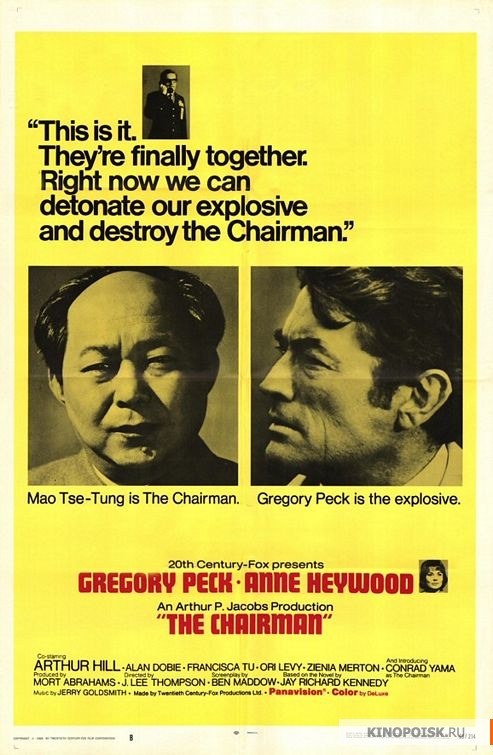 So much for ping pong

THE CHAIRMAN—-as will be cited below, the opening three minutes and fifteen seconds of this movie kick it off with such power and passion that it comes as a Cold War bummer when the creative energy begins and continues to dissipate.  Gregory Peck plays a scientist, recruited by US intelligence (screeching halt) for a top secret mission inside Red China, something boring to do with an agricultural enzyme.  Just writing the words ‘agricultural enzyme’ is enough to give you a slight headache. To whit, what Peck doesn’t know is that he might get a migraine to remember, since the transmitting device implanted in his head can be exploded if it looks like he’ll fall into the clutches of Mao’s security fiends.

Greg, arch an eyebrow so we know you’re awake

That’s Mao as in Tse Tung, who is played by Conrad Yama, in a scene where the jolly, tireless aphorism spouter and incidental mass murderer and the stalwart Our Man Granite play ping pong together. Possibly to not further offend the Red Chinese (this came out in 1969), Mao’s name is not used, just ‘the Chairman’, like no-one will figure it out.  One of the advertising tag-lines didn’t do much for olive branching: “This is it. They’re finally together. Right now we can detonate our explosive and destroy the Chairman.”  Could outraged Little Red Book wavers have sued 20th-Century Fox?  Could perturbed movie ticket holders have survived a long march to Burbank when they found out what a nap excuse this ‘thriller’ turned out to be?

Lazily directed by J. Lee Thompson, whose budget of $4,915,000 didn’t include enough for an exciting script, let alone one without logic gaps big enough to breach the Great Wall. Co-star Arthur Hiller totally undercuts his performance by having his character wear glasses with one lens darkened (instead of an eyepatch?)–it’s so distractingly fake it’s laughable. 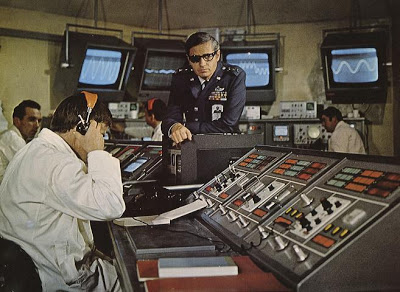 Thompson had guided Peck in the mega-hit The Guns Of Navarone and the chilling Cape Fear.   By this time, his once promising directorial career had turned to slush, including a terrible Peck western Mackenna’s Gold.  Neither do each other a favor in this misfire, which trickled in 40th place for the year in the States (worldwide gross around $7,000,000).*

At least the movie has typically fine Jerry Goldsmith scoring; as mentioned above he starts it off with a truly thrilling main title theme, accompanied by a striking montage. Paul Brown-Constable was the title designer. Together, Goldsmith’s march, a blend of the triumphant with the ominous, and Constable’s choice array of stills make you think this is going to be one heckuva flick.

Perhaps Mr. Peck would care to arch more than eyebrow?  Is there no end to Communist deviance?  No..no bottom?

*Both Peck and Thompson were floundering in respective strings of flops. The actor would pull out eventually, and his residual good will from the generally stellar first half of his career stayed with him as legacy. The director already had eight less-than-successful features prior to this one, and his following twenty-two were generally awful. Many made money, obviously, or he wouldn’t have reached that number, but the quality of material and his handling got steadily worse. Composer Goldsmith worked his magic later on another Thompson turkey, Charles Bronson’s Caboblanco, which never improves after the composer’s stunning main title theme. 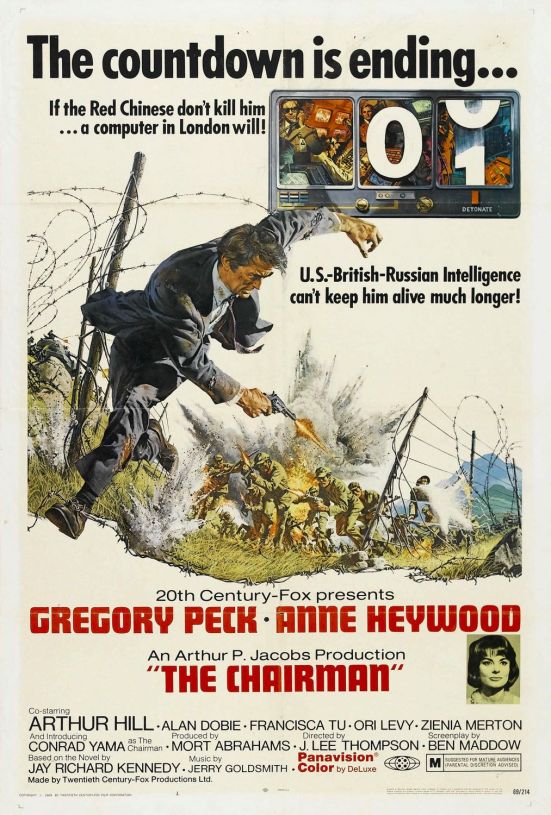