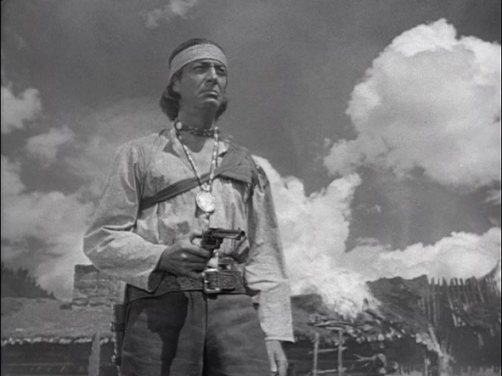 DEVIL’S DOORWAY—-counting a few spoofs, there were at least 22 westerns released in 1950, and at least half of them were good; several classic. Among the better, but lost in the stampede, was this involving and thoughtful entrant from director Anthony Mann, who also did a superb job wrangling two more of that year’s herd, the similarly overlooked The Furies and the heralded hit Winchester ’73.

This compact (84 minutes, on a $1,373,000 tag), very well-written (Guy Trosper) and excellently directed drama had middling reviews and earned a respectable $3,900,000. Initially, its release had been held back, until the receipts from Broken Arrow rolled in.  It shares and expands on the postwar emergent sympathy-for-Indians-viewpoint of that very popular film. More to the point than the James Stewart-Jeff Chandler favorite, in this instance the main rather than supporting character is Native American, while a subplot only hints at romantic attraction while acknowledging its unlikeliness, given racism of the day–and during the time of release–as the supportive woman this time is white.

The action scenes are rough (Mann’s always were) and different from the run-of-the-mill; the cinematography is clean and sharp, frequently stunning, with John Alton shooting Ansel Adam-ish black & white near Aspen and Grand Junction in the Colorado Rockies, using light and shadow to rich, mood-tuned effect.  The cast is fine, with a strong leading man performance from Robert Taylor, one of his best. Grim and sardonic (“Indians aren’t supposed to fight at night“), Taylor’s wronged Shoshone hero gives the movie a solid center: compassionate, tender, proud, rugged and fed-up. * 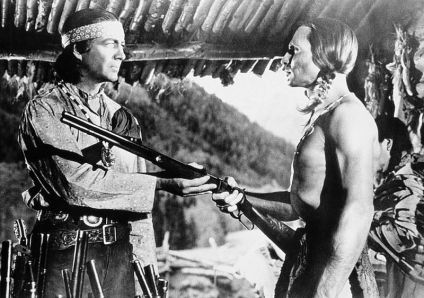 He plays a Medal of Honor winning Union Army vet who returns to his home in Wyoming after the Civil War to find his tribe and their ancestral mountain valley threatened by vicious land speculator Louis Calhern (great, as an utter swine) and a flood of property-hungry settlers. Sympathetic lawyer Paula Raymond (the movie gets points for an early pro-feminist angle as well) tries to mediate. Things heat up, but this is one time that counting on the cavalry may prove an error. 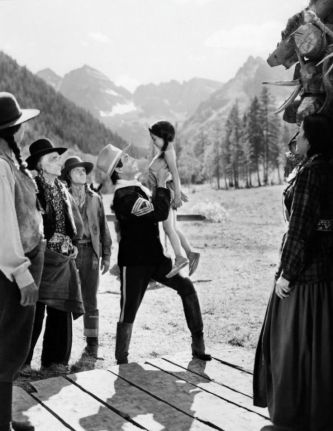 *Call it a Taylor Tirade: maybe I’m off, but along with the films dark and pessimistic tone, my suspicious guess as to why it may be less known today has to do with a long-standing, generalized review-community prejudice against conservative star Robert Taylor. Part of that stems from casually snubbing his admittedly limited range (did he ever do a comedy?) but my Phony Detector leads me in the direction of Taylor’s publicized appearance HUAC appearance where he named Howard da Silva as someone who “always seems to have something to say “–Da Silva was blacklisted.  Any praise Taylor gets, when it isn’t faint or making some bland comment about his looks, is always grudging. So much for even-handed reportage. Even with its laudable storyline about the gross mistreatment (casually ingrained, officially sanctioned) of Native Americans and with its auteur-fave director, it’s just possible this very good oldie fell prey to what was/is just a different, veiled form of marginalization. Dissing him for politics aside, today Taylor or someone like him in this role wouldn’t fly (would not be allowed),with skin-darkened makeup and the ‘wrong’ race : what committee of pseudo-propriety pissants decides this tippy-toe apologia?   Self-satisfied PC stifle will do as much to prevent actors from working as it will to hire any.  It sure as hell won’t change sad history.