WILL PENNY  came out during the same week in 1968 as Planet Of The Apes, and between the critical success of both and the box-office success of the latter, they served to revitalize Charlton Heston’s career. At 45, having been a star for sixteen years and a major draw, as well as assembling enough massive-scaled credits to be known unofficially as the King of the Epic, Heston’s last several outings had under-performed: the superior and well-reviewed Khartoum flopped, as did the intelligent The War Lord, and crazyman Sam Peckinpah’s mangled western Major Dundee. No one went near Counterpoint. Those that made money–55 Days At Peking, The Greatest Story Ever Told and The Agony And The Ecstasy—were all so expensive they didn’t recoup their costs and were considered defeats.

While Apes took off like gangbusters (and paved Chuck’s transition from sword-swinger to sci-fier in Soylent Green and The Omega Man) this little pocket-vest western gem went belly-up (coming in #54 of the years releases) but it drew the best reviews from critics and industry peers of the actor’s career, certainly the best since 1959 and Ben-Hur. Heston considered this his favorite role and best work.

A can of a certain something in process being opened.

Gritty, observant, beautifully written with naturalistic dialogue (by its director, Tom Gries), rich with accuracy in costuming and (most of the) attitudes and behaviors of its human-scaled characters, it’s a solid three-star tale, that loses a fourth due to some excessive violence (trendy for the time) at mid-point and a wretched musical choice at the finale.

Will is a tired and aging cowpoke, running out of chances at much of any kind of life but lonesome itinerant. His good-natured buddies are played with warmth by newcomers Lee Majors and Anthony Zerbe. A winter job, running the barb-wire line in the back-country, brings Penny into contact with widow-woman Joan Hackett (excellent work) and her son, then afoul of psychotic ‘preacher’ Donald Pleasence (wild-eyed) and his twisted family, including mean Bruce Dern and sluttish Quentin Dean (the nudie window-poser from In The Heat Of The Night.

A bit too nasty during the encounters with the baddies, but the worst ‘ouch!’ comes at the tail end, with an atrocious song that erupts over the end credits: it’s so bad it has a nails-blackboard effect, ripping apart the mood. A truly ‘Wrong!’ addition to what is mostly a lovingly-turned production. 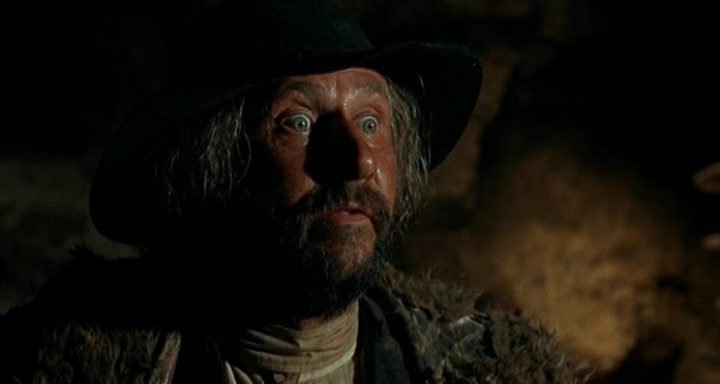