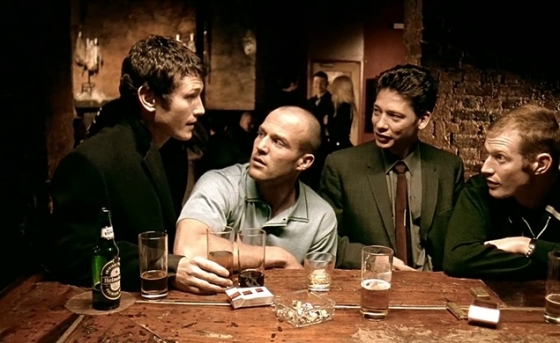 LOCK, STOCK AND TWO SMOKING BARRELS  slanged, slugged and shot its wild & witty way into place as a sturdy pillar of the Modern British Crime Flick.  Coming in 1998, it certainly wasn’t the first, as they date at least as far back as 1947s Brighton Rock, and darkly enjoyable as it is, it can’t touch the hem of The Long Good Friday (for impact, let alone realism), but its freshness, energy and success did have the effect of unleashing what had been sporadic ventures into the Cockney criminal cesspool, every several years or so—Robbery, The Italian Job, Get Carter–-into a mini-flood.

It also put director Guy Ritchie on the map, with his hyperkinetic racing of a choice cast and fluid camera through the mile-a-minute script he ripped out.  It introduced bad-ass Jason Statham to a movie public always keen for the next Believable Brooding Bruiser.  Plus it had the odd honor of enshrining a genuine British bulldog, the late Lenny McLean– one guy you’d truly never, ever want to f–k with. 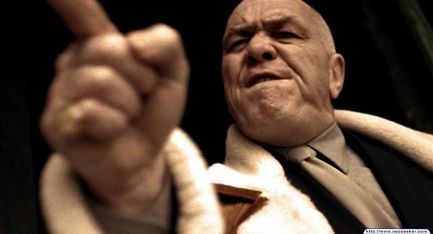 McLean, a bare-knuckle fighter with an astounding 4000 brutal bouts to his credit—he claimed he won them all (not a good idea to argue with him)—died before the film was released.  He’s a supporting player in this multiple-character pileup of a half-dozen different duos and gangs seeking to either square debts or rip each other off (often both) during a maniacal and epithet-laced (yet quite droll) 120 minutes.  Trying to describe the plot takes away from the nasty fun watching it tangle itself.

Critically well-received, now a cult item, it was a runaway hit, especially in Britain (no surprise).  Besides Statham (31 at the time) and McLean (49 when he died), also cracking wise and spitting lead in the faultless cast are Nick Moran, Jason Flemyng, Dexter Fletcher, Vinnie Jones (another real-life Never-Mess-With battler), Steven Mackintosh, P.H. Moriarty, Stephen Marcus and Sting.  Razor-sharp-clever lines by the score, kicked along by a well-placed soundtrack of excellent rock & pop tunes. 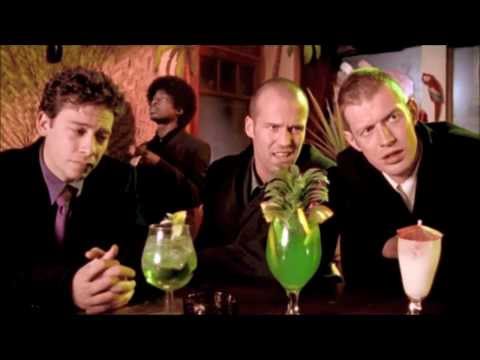