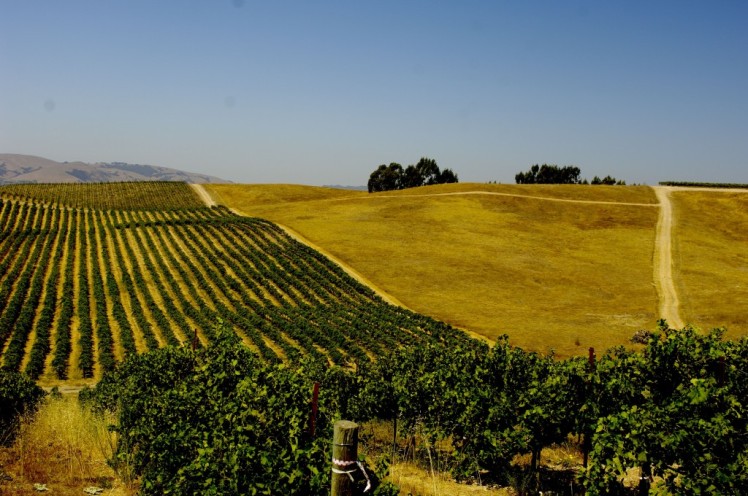 BOTTLE SHOCK  recounts, in semi-fictionalized form, the wine-World-shaking tremor emanating from the struggling vineyards of Napa, back in 1976, when the taste-poseurs of the self-appointed Palette Provinces—i.e. France & Co.— had to sputter-choke, let go of their napkin rings and admit that brusque, can-do Yankee’s—from that place where that cultural grave-robber Disney had the temerity to erect a castle, yet—California—had hoisted them on their own stems. American +wine= good? !!  This must have hurt worse than Dien Bien Phu.

Disconsolate, ignored  British connoisseur Steven Spurrier, (Alan Rickman, to his usual tee) living in Paris, decides to journey to the States and research non-French grape genies for a “blind taste” competition. Surprise is in store all round.

A fun and nostalgic trip back into time for those fortunate enough to have lived in or been guided about one of now-vanishing California’s most intoxicating (more ways than one) and beautiful regions, when the ‘Golden State’ held sexy and casual allure as breezy and free as the music decorating the soundtrack–The Allman Brothers, Nilsson, The Doobie Brothers, Foghat, Bad Company.

All I can say, having spent 1968 through 1971 in nearby Walnut Creek, aged thirteen to sixteen, to those who weren’t there—you missed something precious. Too bad half the country and a good part of six others piled in since, overloading the boat until it’s ready to capsize under its own success (drought not helping–thanks, agro-giants).

Home-brewers of different temperaments are played, with gusto, by Bill Pullman (tearing into a difficult character, with more fierceness than he’s displayed in years), Chris Pine (got the recklessness down), Racheal Taylor (pretty & fearless blonde California Girl made-to-order), Freddy Rodriguez (passion and tradition in the blood). Also having fun are Dennis Farina (refreshingly way-out of his usual mode), Eliza Dushku (grown up into a bona fide knockout) and Miguel Sandoval (calming dignity). 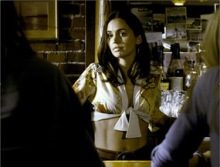 Directed by Randall Miller in 2008, sampling human foibles and fancies through 110 mostly pleasurable minutes. Grab some cheese, apples & almonds, invite some friends over and tell them to each bring a bottle of vino. Make a happy summer night of it.

Reviews were mixed leaning to positive, business barely scratched $4,628,000 against a cost of slightly more. Mr. Spurrier took issue with how he was portrayed and was “deeply insulted.”  Have another glass, spend the night on the couch. 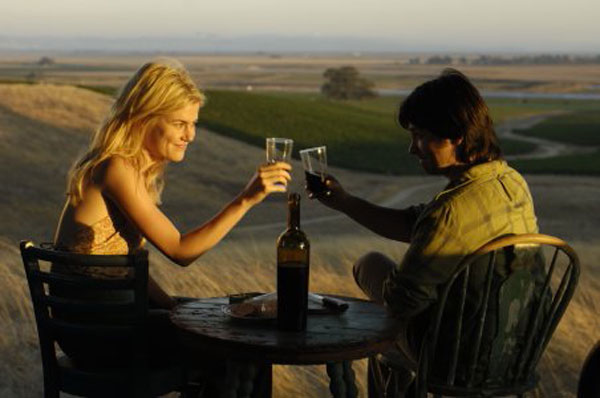