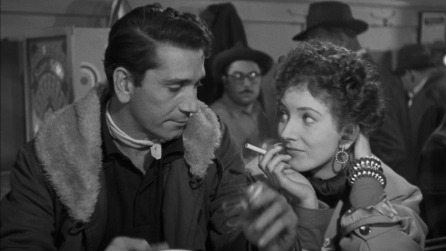 THIEVES’ HIGHWAY takes a perilous 1949 trip down noir pike, marred only by a hesitant right-turn at the end of the road. A.I. Bezzerides wrote the script off his same year novel “Thieves’ Market”; Jules Dassin directed, following a one-two punch of Brute Force and The Naked City 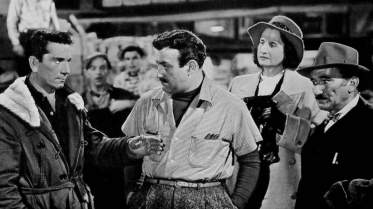 Location shooting in and around San Francisco add milieu authenticity, the trucking scenes are exciting (including a memorable crash and aftermath), the cast excellent. Conte, whose impudent cool suited him equally well for heroes or heels, makes a rugged good guy underdog; Cobb (foreshadowing his brutal ‘Johnny Friendly’ from On The Waterfront) hasn’t yet begun his bull-bellowing schtick (he only breaks the sound barrier once or twice here) that lasted for much of the rest of his career; blustery Jack Oakie has a good, nuanced role as another sassy trucker who sides with outnumbered Nick. Best of all is Valentina Cortese, 25, an offbeat and provocative Italian actress in her second US film (following Black Magic with Orson Welles). Though her ‘Rica’ is a savvy, life-toughened ‘working girl’, she hasn’t had her decency extinguished: the hooker has more heart than the real gold-digger ‘Polly’, whose next-door cutes shield slippery ardor. Been there… 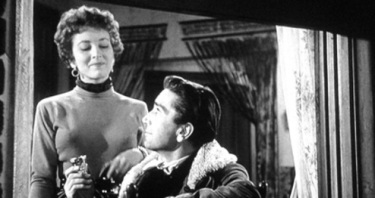 Though the cop-out, studio-imposed ending is regrettable, the movie definitely and convincingly paints a less than flattering portrait of the underside of business practices in a hound-devours-pooch society. Its bleak peek at the fight for scraps cost of “free markets”  basically indicates that ‘fair play’ may be a nice fable for squabbling kids, but when money is on the line, bread beats bubble gum. Further credit is due to highlighting the varied ethnic flavors of our ever-baking apple pie—characters are identifiably Greek, Polish and Italian without loading them up with cliche traits and mannerisms. The not-all-is-rosy take likely added more Red-baiting fuel to the stupid blacklisters (after him for two years) who would drive director Dassin out of the country after his next, last Hollywood-sponsored production, 1950’s suburb Night And The City. * 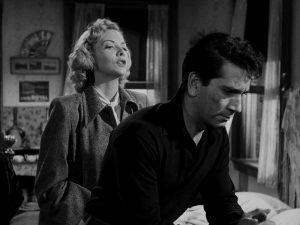 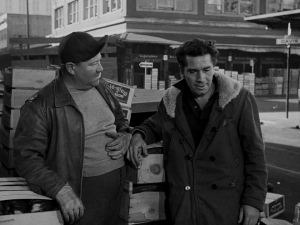 * A.I. Bezzerides (On Dangerous Ground, Kiss Me Deadly) also wrote 1940’s trucking classic They Drive By Night. As a young man he’d been a driver and mechanic at his dad’s trucking company. Other big rig adventure dramas to steer for or swerve to avoid include the marvelous The Wages Of Fear, its wan remake Sorcerer, Sam Peckinpah’s vacation from caring Convoy, pulp actioner White Line Fever, Spielberg’s TV sensation Duel and unkillable Liam Neeson’s The Ice Road. 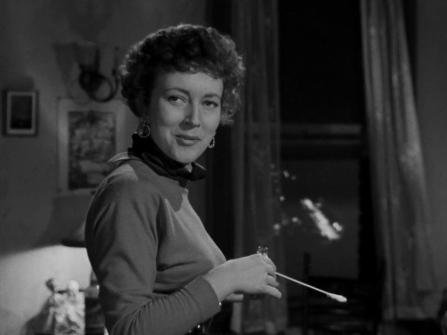