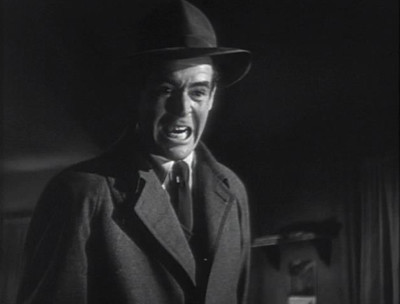 ON DANGEROUS GROUND lives up to the phrase by kicking off 82 tense minutes with the baying horns of Bernard Herrmann’s score searing into your consciousness, crashing an alarm that there is “Suspense: Dead Ahead.”  Excitingly directed by Nicholas Ray, it was another of a slew of RKO films that studio boss and extreme weirdo Howard Hughes tampered with, fretting for nearly two years to achieve and release a cut that fit his increasingly bizarre demands. Critics at the time sloughed it off, and audiences didn’t bite; its $1,900,000 take languished at position #160 in 1951, posting a loss of $450,000. Today its urgent, unusual blend of standard noir city darkness juxtaposed with offbeat location settings– clean & bracing, open but ominous—and a fanciful but crucially hopeful romantic finale, hold a meshing of raw pain and tender salvation as something rather special, stand-alone in that pessimistic realm that’s the dark corner of Americana.

“So I get thrown off the force! What kind of job is this, anyway? Garbage, that’s all we handle: garbage!”

Eaten up with bitterness over the lowlife scum he has to wade through, big city cop ‘Jim Wilson’ (Robert Ryan) is one suspect-pummeling-away from suspension. To chill out (literal as well as figurative) he’s assigned to handle a case in the wintry mountainous countryside, a sex-crime that has the victim’s father (Ward Bond) wild with vengeance. Tracks leads to the isolated home of ‘Mary Malden’ (Ida Lupino). She’s blind, her pitiful deviant brother is the suspect, and in the collision between urgency (the anguished father primed to kill on sight), duty (his job as a professional), and sympathy (for the kind and lonely yet strong-minded woman), the corrosive lawman confronts his own demons. Where’s justice? What shape does redemption take? Against a stacked deck, can Good win out?

“Sometimes people who are never alone are the loneliest.”

Producer John Houseman took a 1945 novel, “Mad With Much Heart”, written by Gerald Butler (dubbed the ‘James M. Cain of England’), transplanted it from Britain to the States, with A.I. Bezzerides (Track Of The Cat, Kiss Me Deadly) writing the screenplay; Bezzerides also has a quick bit as a slimy bar owner. Director Ray was coming off reputable crime flicks Knock On Any Door and In A Lonely Place; when illness sidelined him at one point, Ida Lupino stepped in to handle some of the chores. Location filming started in Los Angeles then moved to the Colorado Rockies, near Granby, Grand Lake and Tabernash, with George E. Diskant as cinematographer.

The story, folding elements of feverish personal disintegration into a time-crucial pursuit over difficult terrain, lends itself toward the frantic and things threaten to go hysterical, but those concerns are subsumed by the intense acting, vivid direction, moody photography and galvanizing score, all of them propelling the plot to a perhaps unlikely yet satisfying conclusion. Ryan, 40, has one of his best roles, as someone whose decency has been so wounded by the human coarseness he views on his job that it’s morphed into brutality. The encounter with Lupino’s soft-spoken Mary, her condition, circumstances and retained dignity are enough to flicker hope for the policeman that maybe there’s a way out of his blindness. For director Ray, the film fits in with his other probes of men wracked by inner furies that see them lash out—Bogart’s tormented writer from In A Lonely Place, James Dean’s iconic teenager of Rebel Without A Cause, James Mason’s unraveling teacher in Bigger Than Life. Unlike those characters and actors, this hardened-to-cracking cop has violence officially part of his work, and at a raw-boned 6’4″, Ryan—with those piercing dark eyes and a voice that could cut steel— when he seethes, it’s formidable. * 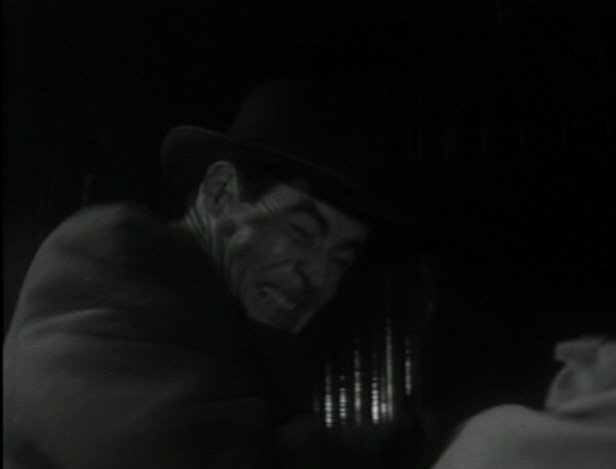 One thought on “On Dangerous Ground”