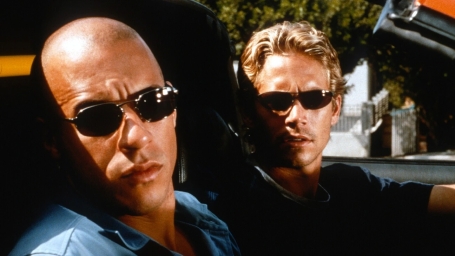 THE FAST AND AND THE FURIOUS gear-jammed a fresh new franchise into the dumbasphere with this 2001 payload of floored testosterone, nubile bod pods and first & foremost, a fleet of souped-up steeds. While a new ride in Franchiseland, it didn’t exactly get fresh with inspiration, basically just updating the dodo drag race flicks of the Ike Age to appease the adrenaline fixes for audiences somehow intrigued by one of America’s daft & dangerous “subcultures”. WGAF would be one response, but the box office rules: $38,000,000 worth of wild stunts, bromantic posturing and chickbait teasing ranked 14th for the year. The $207,306,000 gross opened a can of whup, spawning a legion of sequels, spinoffs, and paraphernalia that by 2022 had put more than six billion bucks in rich people’s pockets. Make America Pay Again! 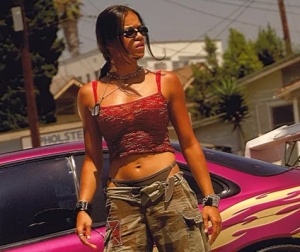 While about as deep as a Slip N’ Slide, it’s actually better than scoffers might guess (put down that History of Philosophy, Vol.XI, Johnny, we’re talking race-car movies) thanks to the Dude ambience of stars Paul Walker and Vin Diesel (a movie to match a name), impressive cinematography (Ericson Core) and some truly hairy stunt work. Plot? Dialogue? Social Responsibility? Right. 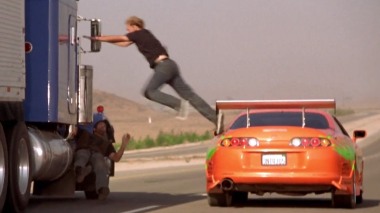 ‘The Producers Disclaim Any Approval of Subsequent Aping Behavior from The Young & Idiotic Trying to Re-enact Thrills on City Streets Near You.’

Ending blatantly promises a sequel, so secure were the filmmakers that they would hit a nerve in the vox populi. With Jordana Brewster, Michelle Rodriguez (She Who Spews Attitude), Rick Yune, Chad Lindberg, Johnny Strong (a name to man up to: how many fights did this guy get into before he learned to head-butt & knee-drop?), Matt Schulze, Ted Levine (welcome for a dash of grownupitude), Thom Barry (requisite head cop who demands results), Ja Rule (say), Reggie Lee, Noel Gugliemi (homeboy who be down wid da white boyz—just like real life).

Rob Cohen  directed. The screenplay was co-splayed by Gary Scott Thompson, Erik Bergquist and David Ayer (Dark Blue, End Of Watch, Fury: whatever is good in the script likely came from him). Music score is of the angry variety. 107 minutes. 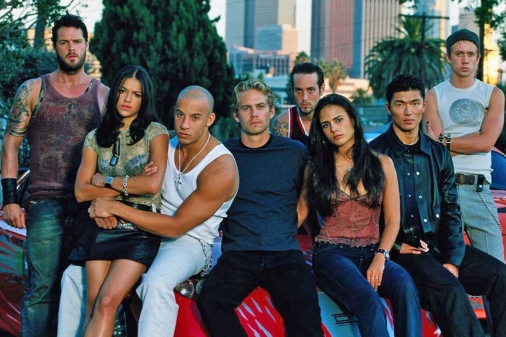