THE LEAGUE OF EXTRAORDINARY GENTLEMEN makes Van Helsing look good. An intriguing premise is utterly botched by lame writing, elaborate but ridiculous special effects and  catastrophically inept direction and editing. Though it miraculously managed to recoup the $78,000,000 squandered on all the mind-numbing CGI destruction and hyper-cut combat (apparently choreographed by hummingbirds on crack), that fiscal rescue carried toxic baggage: appalled groans from critics and gypped ticket-buyers exiting theaters declaring “That totally sucked!” Worse, it was the last feature film in Sean Connery’s career, an ignominious exit, lousy enough to cause him to quit making movies. A “dieselpunk superhero” pile of steam did what SPECTRE couldn’t. To director Stephen Norrington (as of 2022 he hasn’t tried again) and script scribbler James Dale Robinson (the screenplay went thru 20 drafts, this is what emerged?) we can only say “thanks for f—nothing”. * 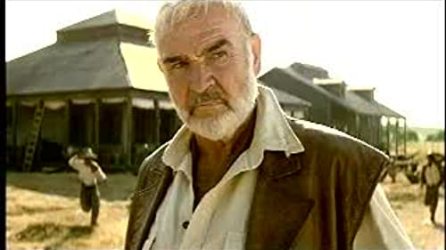 The idea germ came from the starter issue of a comic book series created by Alan Moore and Kevin O’Neal: take a slew of the Victorian Era’s most famous fictional characters and put them all together in a fight to save the World. Pillaging public domain, the plot colludes characters and ideas from H.Rider Haggard (‘Allan Quatermain’, played by The Sean), Jules Verne (‘Capt. Nemo’ and the ‘Nautilus), Arthur Conan Doyle (‘Prof. Moriarty’), H.G. Wells (the Invisible Man), Robert Louis Stevenson (‘Dr. Jekyll and Mr. Hyde’), Oscar Wilde (‘Dorian Gray’), Herman Melville (‘Ishmael’ from ‘Moby Dick’), Bram Stoker (‘Mina Harker’ from ‘Dracula’), and throws in Mark Twain (‘Tom Sawyer’) to try and grab American audiences (because when you think “Graphic Comix” the first thing that comes to mind is Tom Sawyer?) and adding Ian Fleming (‘M’) to tie in with Connery’s Bond cachet.

Venice is blown to fake pieces, Kenya is visited for a shootout, zeppelins are blown up, Mongolia, London and Paris are used and abused and any sense of pace, continuity and coherence, let alone fun, vanish in a maelstrom of noise and frenzy. Connery at 71, acquits himself with professional aplomb, some of the effects show flair and Peta Wilson provides  flashes of allure as Harker. Everything else stinks on ice.

* Release the Connery!—Sean vented “It was a nightmare. The experience had a great influence on me, it made me think about showbiz. I get fed up dealing with idiots”. As for the director (who, sensing public disaster or a possible punch in the nose, didn’t even show up for the premiere) Sir 007 didn’t mince much: “He should be locked up for insanity.”

FYI: not to be confused with 1960’s The League Of Gentlemen, a dandy Brit caper escape.