WESTERN UNION sent a message—via Hollywood—in this great-looking 1941 frontier tamer, about how the ubiquitous company completed the first transcontinental telegraph in 1861. Using one respected real-life character, Edward Creighton, and a slew of fictitious folk, director Fritz Lang, screenwriter Robert Carson, and a hardy cast transfer a vitally important but drama-absent piece of 19th-century wire-stringing into a Technicolor-blessed actioner for a 20th-century audience. The script was adapted from Zane Grey’s novel, his last of 90, of which more than 50 were turned into over 100 western movies. *

Businessman and surveyor Edward Creighton (Dean Jagger), injured in a horse fall, is saved by outlaw ‘Vance Shaw’ (Randolph Scott), who is later repaid by Creighton with a job as a scout for the Western Union company. Creighton’s mission is to link telegraph service between Omaha, Nebraska and Salt Lake City in the Utah territory, the patch then putting the opposite ends of the country in contact. Eastern dude ‘Richard Blake’ (Robert Young) joins the crew: he and Vance engage in friendly rivalry for Creighton’s sister ‘Sue’ (Virginia Gilmore) and face off with curious and concerned Indians and devious Confederate guerillas/outlaws.

Genial but bland Young and Jagger (an actor who always puts me to sleep) aren’t the most exciting pardners in the wagon train, but the leathery Scott fits the mold, and rides like he was born to the saddle. The supporting cast is peopled by stalwart types, with the best turn coming from gangly Slim Summerville as the much-beleaguered cook. Well-staged by director Lang, what sets the movie off is the excellent color lensing from Edward Cronjager and Allen M. Davey, capturing rich vistas of the Arizona and Utah locations.  One carp is the “rollicking” score from musical director David Buttolph, butting in too often. The $1,000,000 expended earned back $2,600,000, ranking 95th place for the year. ** 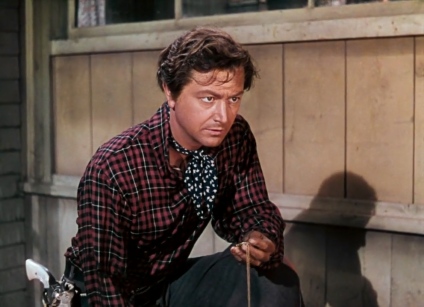 * Though director Fritz Lang is best-known for his classic thrillers, he was quite taken by the American West, and besides this entry also directed The Return Of Frank James and Rancho Notorious. Though he gave it ample frontier flavor, as to the historical accuracy of Western Union, Herr Lang wasn’t all that concerned, saying “I don’t think the picture really depicted the West as it was; maybe it lived up to certain dreams, illusions — what the Old Timers wanted to remember of the old West”, and “In reality, nothing happened during the entire building of the line except that they ran out of wood for the telegraph poles, and the only other thing that disturbed the laying of the line was the ticks on the buffaloes; the buffaloes got itchy and rubbed themselves against the poles, and the poles tumbled. And that was all that happened.”

Myth-mix hit the fan in ’41, with other truth-bruising westerns playing particularly wild cards with facts: Billy The Kid, They Died With Their Boots On, Bad Men of Missouri, and Belle Starr miss historical accuracy by a mile. Skipping facts for fun, then, was the enjoyable fiction of Honky Tonk and Texas. Plus, heck, there were eight Roy Rogers actioners. 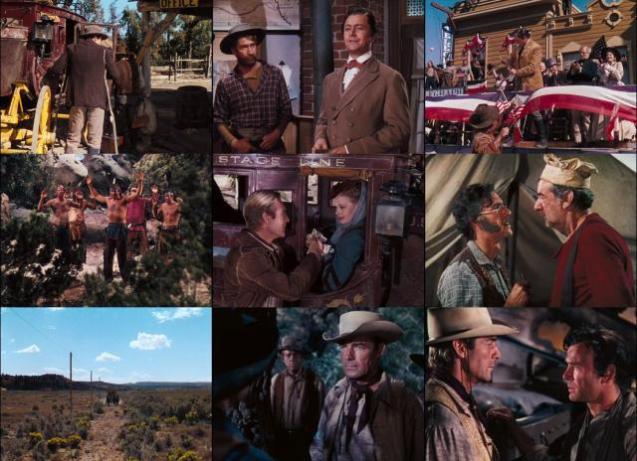