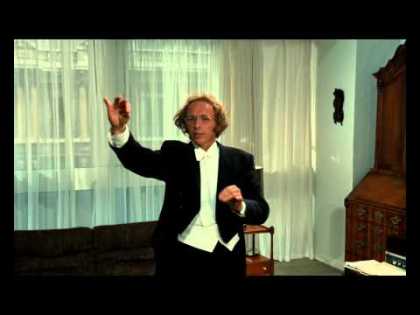 THE TALL BLOND MAN WITH ONE BLACK SHOE, fun from France in 1972, directed by Yves Robert, who co-wrote the script with Francis Veber (La Cage au Folles,The Dinner Game), giving Pierre Richard his most internationally recognized role as the lucky klutz of the title. It also put absurdly sexy co-star Mireille Darc into a black, v-cut, backless gown that could reheat the Sun. 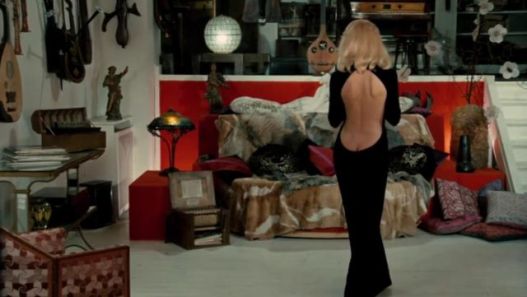 ‘Francois Perrin’ (Richard, 37), mild-mannered violinist finds his musically gifted hands full with more than strings when he’s used as a pawn by one section of French Counter-Espionage trying to expose the treachery of another. Spies follow spies following Francois, who trips them up by pure luck, when he’s not falling over everything else. ‘Else’ includes femme fatale agent ‘Christine’ (Darc, 33) seducing him on orders from the State, and ‘Paulette’ (Colette Castel, with a delightful naughty laugh), the merrily amorous wife of his cocky, cuckolded friend ‘Maurice’ (Jean Carmet).

After a spirited title sequence backed by a cheerful flute, the first part of the film, setting it up the plot, is so dry it’s almost toast; then things begin to pop, with superb physical comedy from Perrin and by the heart-stopping injection of Darc into the lark. They make a great team. Watch those bagpipes!

The bouncy music from the incredibly prolific Vladimir Cosma (over 300 scores) features Gheorghe Zamfir swirling merrily on his pan flute.

90 minutes that leave you smiling, with Jean Rochefort, Bernard Blier and Paul Le Person. Followed two years later by The Return Of The Tall Blond Man With One Black Shoe, with many cast members back for more, this time in Rio de Janeiro. The 1985 US remake The Man With One Red Shoe starred Tom Hanks. It failed at the box office and with critics. 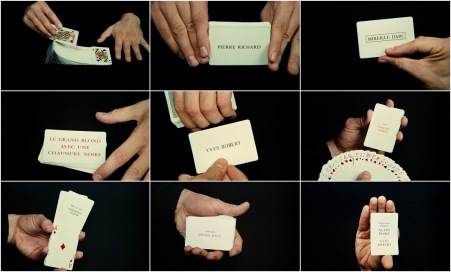 One thought on “The Tall Blond Man With One Black Shoe”