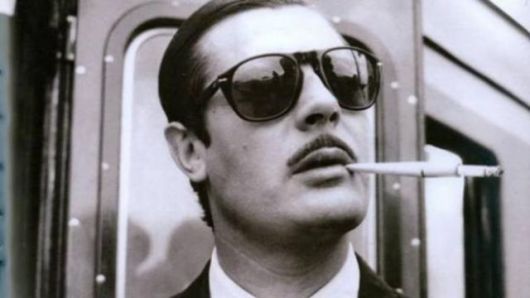 DIVORCE ITALIAN STYLE won an Academy Award for its screenplay and nominations for Marcello Mastroianni as Best Actor and Pietro Germi for his direction (he also co-wrote the script). Debuting in Italy in late December of 1961, international release in ’62 saw those peer award nicks come from that year. By that time, 1960’s epic La Dolce Vita (with Marcello) had been a big hit and Sophia Loren had won an Oscar in ’61 for Two Women: together the box office success of the three pictures—‘Divorce’ ultimately earning around $4,500,000— opened top-quality Italian cinema to the widespread public rather than just highbrow critics and a few art house theaters on the coasts. *

Sicilian baron ‘Ferdinando Cefalù’ (Mastroianni, 36) aka ‘Fefè’, is married to the devoted yet dull & stifling ‘Rosalia’ (Daniela Rocca), and further suffocated by his elderly parents and sister, eating away his dwindling fortune and waning spirit. Boredom turns to misery when he falls for ‘Angela’ (Stefania Sandrelli), his fetching teenage cousin. Domestic misery sparks fantasies of freedom (which involve dispatching Rosalia —and her mustache—via quicksand, boiling oil, rocket to the moon), then action: divorce is illegal, so the besotted husband plots to use a law that permits “honor killing” when the spouse is caught cheating. Willing to play the cuckold and be mocked by the community, Fefè finds a patsy and sets his trap. Careful what you wish for.

Wicked dry sendup of medieval attitudes in an insular, male-dominated culture and a basically barbaric law has a great cast and many amusing scenes, beginning with a classic entrance for Mastroianni—sunglasses, cigarette holder and deceptively blasé attitude, even when exiting a toilet— and culminating with a perfect final shot of flirting feet. Mastroianni’s deadpan performance is marvelous. 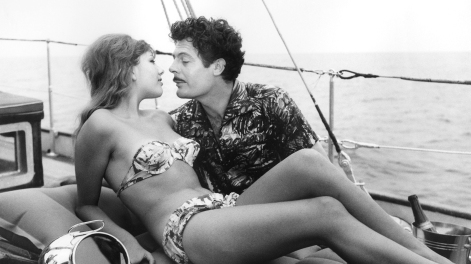 “The serenades of the south, The sweet, warm, exhausting Sicilian nights. The whole time I’d been away, the memory of those nights -or rather, of one particular night – had filled my days with longing and nostalgia. Agramonte: 18,000 souls, 4,300 of them illiterate, 1,700 either partially or fully unemployed, 24 churches, if I’m not mistaken, including a few distinguished Baroque specimens of the late 1600s…. the wonderful, invisible women of Agramonte, who hid their beauty and passion behind the gratings, pardon, behind the slats of chaste shutters”.

* Show me the lira! Sword & sandal epics from Italy started making considerable Stateside moolah  in 1959 with Steve Reeves goofy Hercules, but while a number of that dumb-fun ilk scored with kids at matinees, it’s a cannoli too far to call them quality cinema. Earlier Italian films drew critical praise, and awards, but barely anyone between Manhattan and L.A. had a chance to see them in theaters: movie fans read about Open City, The Bicycle Thieves, Bitter Rice and La Strada, but good luck finding them. Italian stars like Loren, Anna Magnani or Gina Lollobrigida were familiar to American audiences because they appeared in American-made, English-language pictures. La Dolce Vita, Two Women and Divorce Italian Style showed distributors there was appetite out there for something beyond musclemen, spears and bad dubbing, and proved there were audiences who could deal with the trauma of subtitles.

** Sadly, Daniela Rocca’s career shut down when her personal life shattered. That began with falling for director Germi. When he rejected her, she attempted suicide. Considered too unstable to hire, she had a breakdown and was committed to a mental hospital. She later offered “They said I was crazy, when all I had was a nervous breakdown. They sent me off to the hospital. It took a long time for the doctors to realize that I wasn’t mad and let me go.” Rocca wrote five books before passing away in 1995 at the age of 57.  In contrast, her rival in the story, 15-year-old newcomer Stefania Sandrelli, went on to have a stellar career. Over his 70 years in the business, composer Carlo Rustichelli’s prodigious output totaled 274 credits. Five years on, cinematographer Carlo Di Palma drew acclaim for Blow-Up and later scored 11 of Woody Allen’s films. 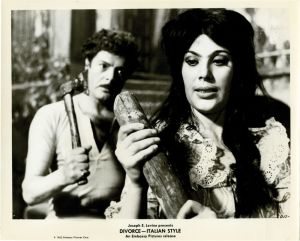 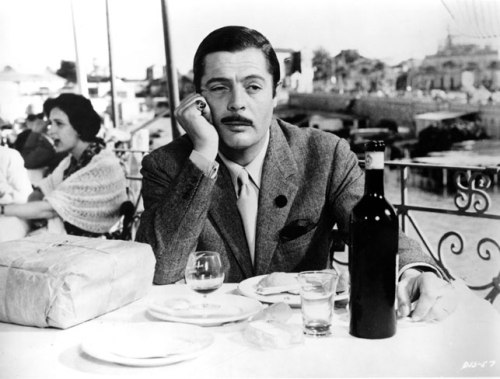