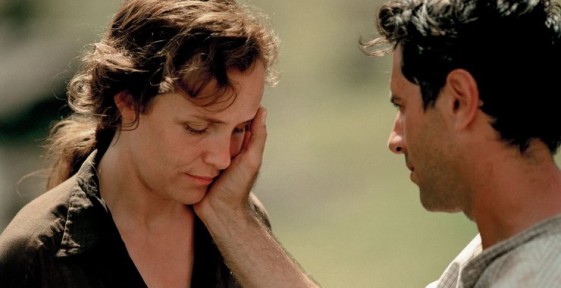 NOWHERE IN AFRICA earned critics praise, took the Oscar for Best Foreign Film (Germany) of 2002 and reaped a satisfying international gross of $24,322,000. Written & directed by Caroline Link, scoring high in both departments, it’s based on a novel—a thinly veiled memoir—written seven years earlier by Stefanie Zweig.

“Tolerance doesn’t mean that everyone is the same. That’d be stupid. What I’ve learned here is how valuable differences are. Differences are good. And intelligent people will never hold it against you.” 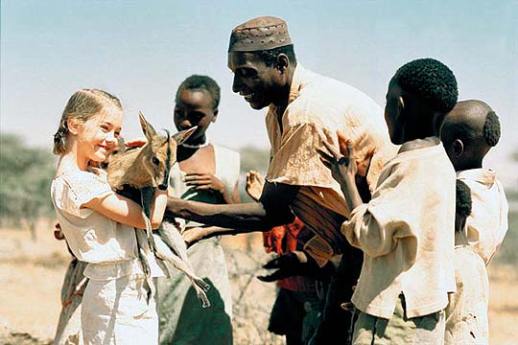 As the persecution of Jews in Nazi Germany escalates, lawyer ‘Walter Redlich’ (Merab Ninitze) sensing that if he waits too long it will be too late, flees in 1938 with wife ‘Jettel’ (Juliane Köhler) and young daughter ‘Regina’ (Lea Kurka) to Kenya, at that time a British colony.  He secures a job managing a farm. Adjustment is an adventure for the girl, a trial for the adults, compounded when WW2 breaks: they’re interned by the British, as “enemy aliens”. Trapped by identity in a historical gristmill, their seemingly unalterable situation forces unyielding private attitudes to change in unforeseen ways.

“One person always loves more. That’s what makes it so difficult. And the one who loves more is vulnerable.” 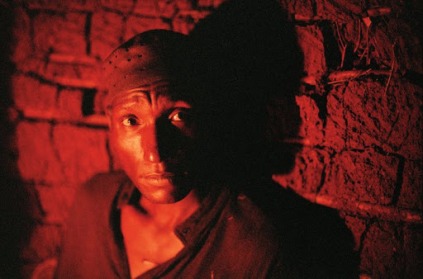 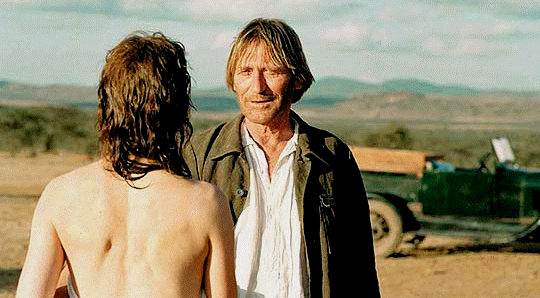 “Everything I love is on this bed.”

Those who’ve been lucky enough to travel in some of the World’s more exotic regions and be profoundly touched by grace moments of humanity from those with nothing more to offer than their kindness will recognize the specialness in the climactic scene. Jettel has to tell a poor food vendor “I can’t buy anything. I’m as poor as a monkey.” The vendor, her lined face creasing into gentle smile, hands her a banana and says “For the monkey”.  If you’ve ever been blessed to be ‘found’ in ‘nowhere’, you’ll know… 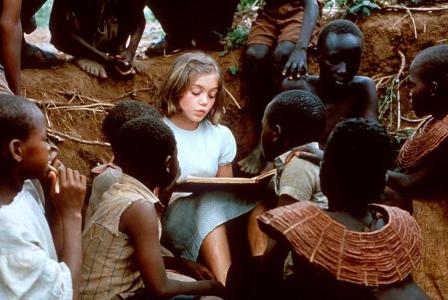