GET SHORTY aced a spot as the 19th most popular movie of 1995, a slick, smartypants, uber-connected Hollywoodian backhand to the morally vacuous nature of many players on the less-salubrious money end of its voracious food chain.

Trying to keep brief a synopsis of the plot streams in Elmore Leonard’s story (from his 1990 book), scripted by Scott Frank, is a great way to render a reader cross-eyed while simply getting to whether or not the movie is worth a watch. Suffice to say: Miami-based loan shark ‘Chili Palmer’ (John Travolta), on a collection mission out West, finds that the whom-owes-who movie biz offers not only a lucrative cash spigot but a rewarding outlet for his creative side. He discerns that business ethics in cinema territory are little different from the arm-breaking back in the neighborhood—minus rules and loyalty. 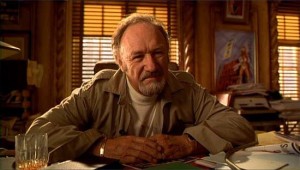 Directed by Barry Sonnenfeld, it moves well, getting better as it goes along, laced with funny lines, sparked with the efforts of a top cast. Primed by Pulp Fiction, this pumped never-say-die Travolta’s career into yet another comeback; he struts with aplomb as the…uh…hero. He’s banked by ripe turns from Gene Hackman (‘Harry Zimm’, based on legendary schlock producer Menahem Golan as well as an agent Hackman once had), Rene Russo (I surrender: use me, I can take it), Danny DeVito (purportedly riffing off Dustin Hoffman), Dennis Farina (sharp blend of farce with menace), Delroy Lindo (exemplifying the concept of ‘patience at an end’) and James Gandolfini (winning, in a potentially dangerous-yet friendly-bear-way). Watching, you can’t help but think they must have had a good deal of fun making it, and for the most part, it’s pretty much of a kick. John Lurie’s soundtrack bops right along. 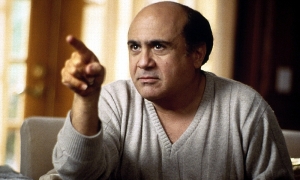 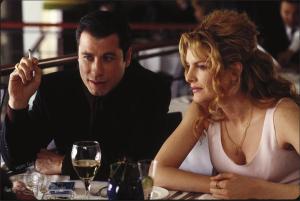