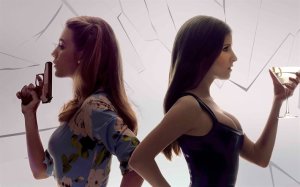 A SIMPLE FAVOR——“Oh, you do not want to be friends with me. Trust me.”  ‘Stephanie Smothers’ (Anna Kendrick, charmer) is a widowed single mom trying to get a craft & cooking vlog show going. A chance meeting at kindergarten with another mom, fashionista PR director ‘Emily Nelson’ (Blake Lively, pulse stopper) has Stephanie doing a few child-sitting favors for Emily—they each have little boys. This turns into doing more favors for Emily’s husband, professor-writer ‘Sean’ (Henry Golding), when one day Emily mysteriously doesn’t return from a quick trip. Gal-next-door Steph finds out there is more to her new pals identities than surface glam and a posh lifestyle. 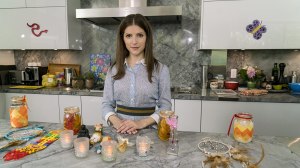 Paul Feig (Bridesmaids) sleekly directed a whipsmart screenplay by Jessica Scharzer, based off the debut novel by Darcey Bell. From jazzy opening credits to the satisfying finish, everything clicks: it’s wickedly funny, has clever twists and turns with engagingly complex characters, and is naughty-sexy in the way that naughty sex can–against our better instincts– be so damn hard to resist (so I’m told). Cool background score from Theodore Shapiro makes good use of predominantly French pop songs to tease the elegant entrapment.  Renee Ehrlich Kalfus finessed the costuming. 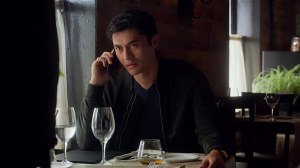 Kendrick, even though she’d nicked a Supporting Actress nomination for Up In The Air back in 2010 and had logged dozens of roles since, gets her best-to-date showcase here. It’s a testimony to her ability to merge perky, goofy, sweet and quick that she can stand up to a force-of-carnal nature like Lively, who towers over her by a good six inches (without heels).  Lively, who ends up playing dual roles, is unleashed in a full-on tigress mode: shrewd, calculating, brazenly confident, stalking the jungle for such-ever game she sees fit to munch. Golding, a former model with bare acting experience, delivers with unforced assurance; he scored the same year with his debut in Crazy Rich Asians. All three characters are written with dimension, the performer trio bat home runs. 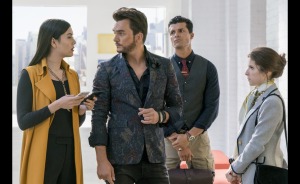 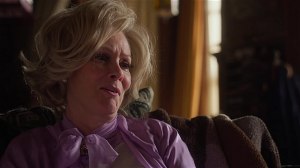 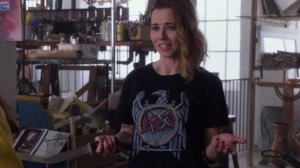 We like our Linda Cardellini, especially when she’s waving a knife at us while venting 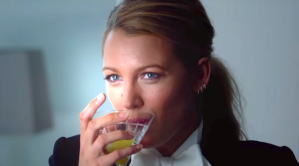 Yes, Blake Lively could get me to rip up whatever shreds are left of my good instincts.