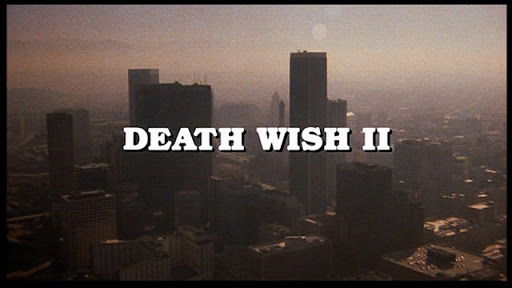 DEATH WISH II, the visually ugly, morally repugnant 1982 sequel to the gripping, controversial thriller that eight years earlier hit audiences in their crime-outraged guts, took the hard-won career of Charles Bronson and fixed it’s trajectory downhill with a bullet (or several). It also gave director Michael Winner yet another chance to show what a hack he was (he also co-edited under the name Arnold Crust).

Terribly written by David Engelbach, it picks up the Paul Kersey story in Los Angeles, and promptly sends him on another avenging course after grotesque thugs (with the street names Nirvana, Cutter, Punkcut, Stomper, and Jiver) home invade his place, gang rape and murder his housekeeper (a truly repellent sequence), and kidnap and rape his daughter, still nearly comatose from her assault in the first film. She then hurls herself out a window several stories up and impales herself on an iron fence spike. Aren’t you glad you brought a first-date along?  Bronson wastes the guys one at a time and a few other scumbags to boot. Just forget about any of the acting.

Pure junk, unredeemed by the duly expected executions of the creeps. The indefensible treatment Winner dishes out to Robin Sherwood (the daughter) and Silvana Gallardo (the housemaid) is beyond the pale, worse even than Stanley Kubrick’s ‘Art’-excused rape-as-thrill violations in A Clockwork Orange. But Kubrick had a surgeon’s talent, Winner is as delicate as a drunk with a chainsaw.

Jimmy Page did the suitably baleful score. In glowering or manic support are Jill Ireland (Bronson’s wife, in the 15th of her 16 roles with him), J.D. Cannon, Anthony Franciosa (a longways from his glory days), Charles Cyphers, Thomas F. Duffy, Frank Campanella, Robert F. Lyons, and a young Laurence Fishburne. It lasts 88 minutes. 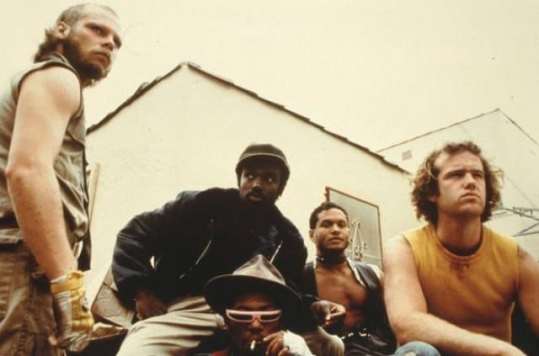