THEY MET IN BOMBAY, but they end up on a tramp steamer, then Hong Kong, finally somewhere in Japanese-occupied China. They are ‘Gerald Meldrick’ (Clark Gable), pretending to be a detective for Lloyd’s of London (accent notwithstanding), and ‘Anya von Duren ‘(Rosalind Russell), pretending to be a rich aristocrat. Really, they’re both jewel thieves, after a necklace bauble called the ‘Star of Asia’. They meet, spat, spark, team up, escape and evade until finally duty calls, and Clark (or Gerald) sees the patriotic light (which is also is helpful get-out-of-jail card) and heroically takes on the Japanese.

Smooth tosh directed by Clarence Brown is lightweight nonsense, with some good lines in the script, and effortless playfulness from the stars. It doesn’t amount to much more than a way for fans to idle away 92 minutes. Mostly comedic, it takes a more serious (if purely fanciful) turn near the end with a casualty-studded action sequence inserted to redeem Gerald’s character in line with the behave or punish strictures of the Production Code. Roz is her deft self (it’s not much of a part, really), and gets to wear some snazz get-ups courtesy of costume designer Adrian. That rascal Clark plays it for the trivia it is, displaying so many of his familiar characteristics that it’s almost Gable doing a Gable impression. 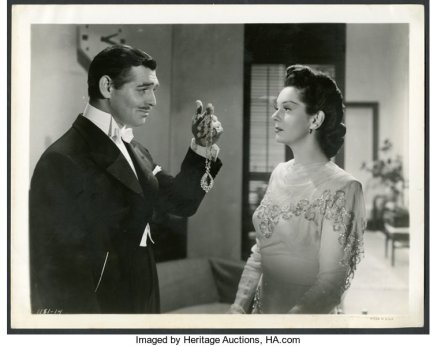 An added bit of cut-to-fit character fiddling comes from Peter Lorre, made up to be cliche suspect as ‘Captain Chang’, the drolly devious skipper of the steamer. Other pros in the supporting cast include Jessie Ralph, Reginald Owen and Eduardo Cianelli. Eagle eyes (if you’re old enough and/or keen) can spot Jay Novello, Philip Ahn, Richard Loo, Ray Teal, Teru Shimada and Victor Sen Yung. The script was combo work from Edwin Justis Mayer (To Be Or Not To Be), Anita Loos (San Francisco, The Women) and Leon Gordon (Freaks.White Cargo), with several others pitching in uncredited.

Made for $1,380,000, it covered the bet by grossing $5,000,000, ranking 28th for the year. When this came out in June of 1941, Pearl Harbor was six months away, but the movie reflects the part tense/part lulling mood of the summer as it has British soldiers fighting Japanese troops (with imposter officer Clark): they would do it for real—and disastrously—when December of ’41 zoomed in with a big nasty surprise. 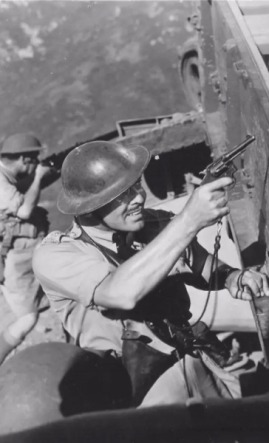 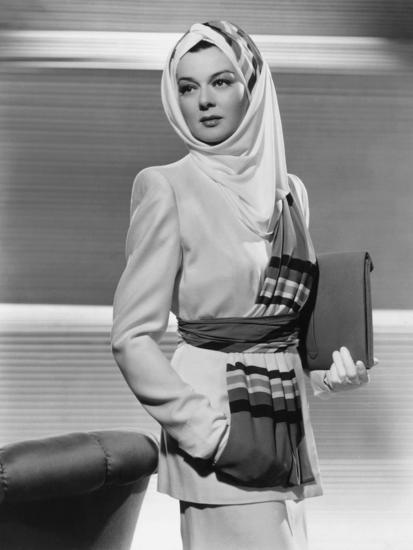