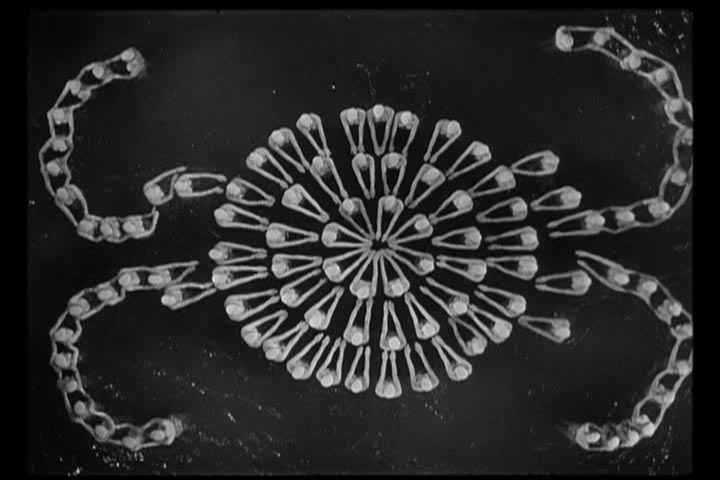 FOOTLIGHT PARADE shines as one of the saucy beacons of hope from Depression-blighted 1933, a year that—despite or perhaps because of its post-Prohibition hangover into reality—produced a bumper crop of classics. Though a Big Ape took the number one spot for whatever dimes and quarters brothers and sisters could spare, and the long-forgotten drama Cavalcade got the Oscar for Best Picture, four memorable musicals sang, chattered and danced their way into fans hearts. Especially danced, as three of them—42nd Street, Gold Diggers of 1933 and this 104-minute corker—were blessed with the wild new choreographic inventions of William Berkeley Enos, known for adding a happy slice to history as Busby Berkeley. 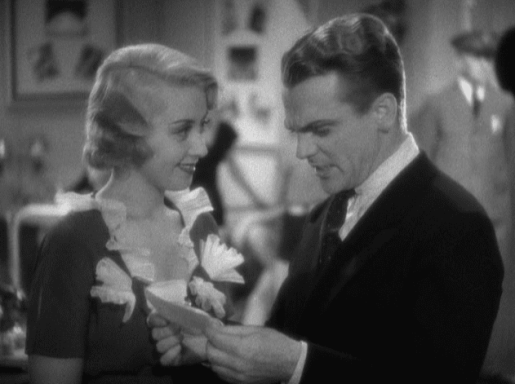 Coming in #9 for the year, with a gross of $4,600,000, this doozy was directed with his own foot on the accelerator by Lloyd Bacon, helping these troupers give their showbiz all: James Cagney, Joan Blondell, Dick Powell and Ruby Keeler. *

Broadway musical director ‘Chester Kent’ (Cagney, 33) gets the light bulb to mass-market “prologues” (short live stage productions shown in movie theaters before the feature), but has hassles from a rival who steals his plots. Loyal secretary ‘Nan’ (Blondell, 26) is on his side all the way, while juvenile lead crooner ‘Scotty’ (Powell, 29) and dancer ‘Bea’ (Keeler, 24) are crucial to the big numbers that MUST come off to land the Big Deal. 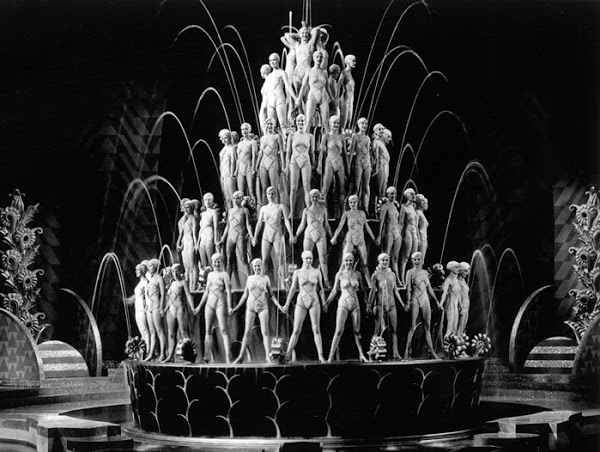 Cagney is a ball of energy, zapping out snappy comebacks, and executing such fluid dance moves it looks like he’s made of elastic, elegant and peppy at the same time. Blondell is a charmer. Powell’s smile is a little on the scary side, but he’s got a fine voice (for that particular long-gone style of warbling). Keeler’s cute, and keeps up nicely with Cagney when they get a chance to break some moves. It’s all a whole lot of fun.

The grand finale blows out the stops. Back-to-back we get the naughty “Honeymoon Hotel”, catchy, silly and insinuating, followed by the 15-minute how-did-they-ever-do-that? extravaganza “By a Waterfall”, an aquacade with 100 chorus girls doing geometric patterns in the studio pool, and then the irresistibly mock-tawdry “Shanghai Lil”, which takes place in a brothel, an opium den and a gin joint, with Cagney and Keeler tap-dancing on the bar. It degenerates into a massive brawl of sailors and patrons, which then becomes a patriotic march and a salute to FDR! 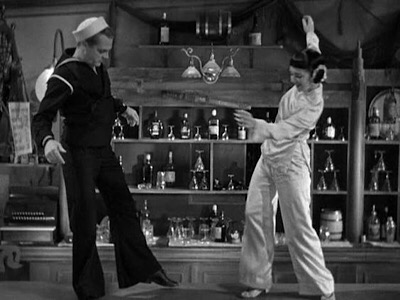 Produced for $703,000, with a cast bolstered by Frank McHugh (laying on the whining), Guy Kibbee, Ruth Donnelly, Hugh Herbert (funny) and Claire Dodd (hot-to-trot tootsie on the make). 9-year-old Billy Barty has a tickling bit. Among the teeming throng of chorines are an 18-year-old Dorothy Lamour and purportedly Ann Sothern, 23.  Harry Warren & Al Dubin wrote “Shanghai Lil”, and “Honeymoon Hotel”, Sammy Fain & Irwin Kahal did “By a Waterfall”.

“Outside, countess. As long as they’ve got sidewalks YOU’VE got a job.” 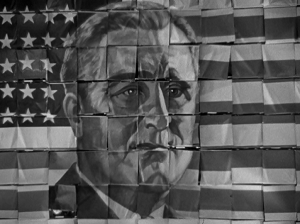 * The fourth hit musical of ’33 was Flying Down To Rio, the first team-up of Fred Astaire and Ginger Rogers. The stars of Footlight Parade were hopping that year. Cagney  energized five pictures, Blondell sparkled up seven, Powell toothy smiled through six, Keeler hoofed her heart out in three.

Cagney: “I was never introduced to Ruby Keeler. If that doesn’t show you the impersonality as well as the factory approach to work in those days at Warners, nothing will. I showed up to rehearse the “Shanghai Lil” number a few times, and we nodded friendly enough, and we had some lines earlier, but it was all work, work, work, and I think we were mutually shy, so we never met. We did the number, and that was it.”

Blondell made six movies at Warner Brothers with Cagney, more than any other actress. It’s said Joan was the only woman he loved other than his wife. 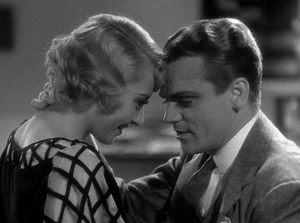 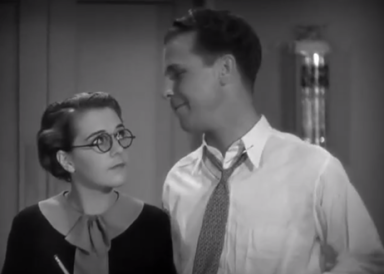 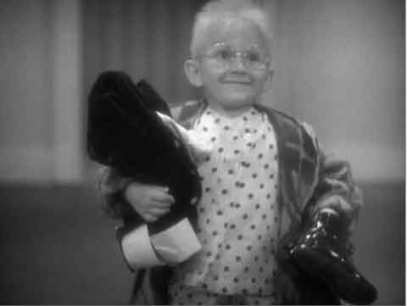 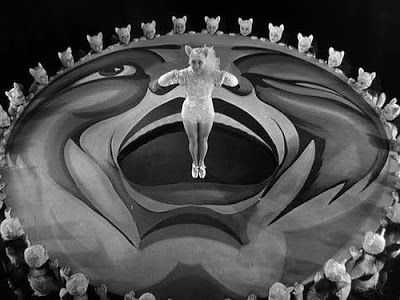 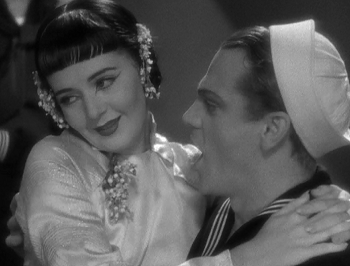