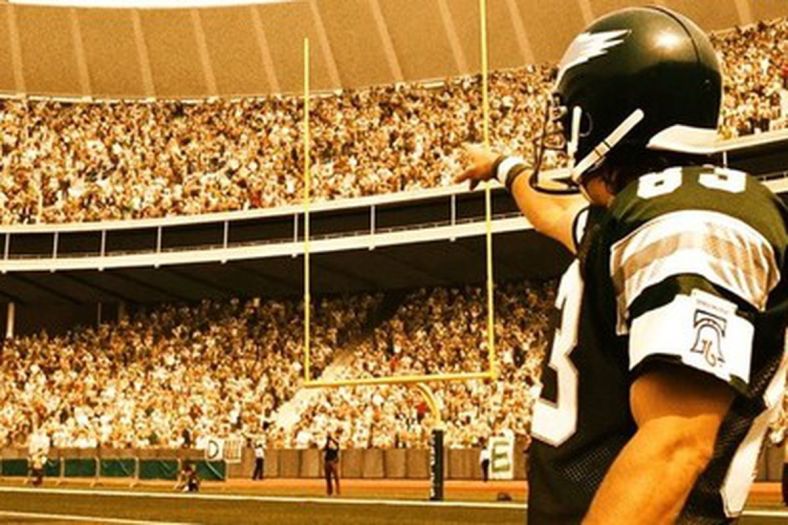 INVINCIBLE —or ”Rocky With Cleats’, in another ‘uplifting’ sports bio, with Mark Wahlberg droning dutiful duty in one more forkful of his Working-Class Hero shtick, an apple pie of many slices, this one with extra whipped cream on top of extra ice cream, with a crust made of caramel. Football as Metaphor for Life, Example 237, complete with a bunch of ‘guys from the neighborhood’ playing in a city park, at night, in the mud, during a downpour. With sappy music. Isn’t there a country they should be invading?

This craven weenie admits prejudice: I could care less about football. It means almost as little to me as car racing. Granted, the occasional outstanding play can be applause worthy and the sport has figured in a number of good movies (see below), but the whole Craze Thing?  Whatever…tackle yourself silly if inclined. Skeptic duly shamed to the bench, this “miracle” story” seems to be reaching pretty deep into the bag of hoopla, telling the story (with calculated omissions) of how laid-off High School teacher and part-time bartender Vince Papale, dumped by his wife as a loser, got picked, at a creaky 30, to play for the struggling Philadelphia Eagles in 1976. When America needed Heroes, etc.

The rest is trivia to grazing fawns like yours truly, but a BIG Deal for a lotta people in Pennsylvania. If this sort of grid ironing gets you up off the couch, knocking over the tortilla chips in a rush to grab a brew out of the fridge and bellow “USA! out the window, scaring hell out of the Ukrainian family on their way to church, there’s not much I can do for you. I guess it’s harmless. So are Fish Oil tablets. *

Greg Kinnear plays Eagles coach Dick Vermeil (the actor could do this sort of role in his sleep), Elizabeth Banks adds her welcome smile as girlfriend of the hero (later his wife Janet) and Kevin Conway doesn’t break a sweat performing Heartwarming Dad service as Papale’s supportive father. Nothing wrong with the performances or vouchsafing a true story about a down’n out guy who gets a break, but the treatment is hackneyed, as directed by Ericson Core, written by Brad Gann and scored by Mark Isham. Hike–as in, take one. 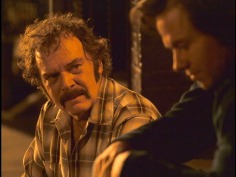 * Yeah, yeah, I’m a Commie/wuss/traitor/Martian—-for film football I’d go with The Longest Yard (the 1974 one, with Burt), Leatherheads, North Dallas Forty, Any Given Sunday and the game in The Wanderers. We can deal with Everybody’s All-American, Paper Lion, Jerry McGuire, Semi-Tough, Brian’s Song, and Jim Thorpe-All American. The issue of cheerleaders is something I am willing to cave on.