CASINO ROYALE —-as in, the ‘real one’, from 2006, starring Daniel Craig in his first home run whack as James Bond. Ian Fleming’s 1953 novel was his also his first, based off characters and activities Fleming knew about from his WW2 stint in Britain’s Naval Intelligence Division. A year later, along with the second (“Live And Let Die”) of what would be 11 Bond novels and two short-story runs, a live 50-minute TV version for the American series Climax starred Barry Nelson (as ‘Jimmy’ Bond), with Linda Christian, Peter Lorre and Michael Pate. Lorre would make a decent villain, of course, but Nelson didn’t shake or stir anybody. By the time the daft 1967 Casino Royale hit theaters, there had been four increasingly big 007 smashes with Sean Connery as the secret agent, and the ’67 caper was done as a huge spoof of the genre. Four more lead actors and another 17 Bond films down the pike, 38-year-old Craig took over the tux from Pierce Brosnan, and director Martin Campbell steered the casino, the series and its immortal hero into a needed and welcome reboot. *

“Sometimes we pay so much attention to our enemies, we forget to watch our friends as well.”

Rough-hewn and arrogant MI6 muscle operative James Bond, recently given ‘double-O’ rank and “license to kill” status, demolishes an embassy in Madagascar while pursuing a bomb maker. This overkill greatly irks stern boss M (Judi Dench, her 5th of 7), but she lets her favorite “blunt instrument” follow sharks up the bad guy food chain from the Bahamas and Miami to an exclusive casino in Montenegro. He squares off with haughty and mysterious private banker ‘Le Chiffre’ (Mads Mikkelsen), and at the same time gets into increasingly close quarters with the provocative ‘Vesper Lynd’ (Eva Green), sent along to mind 007 with how he uses funds from Her Majesty’s treasury. Spectacular justice and revenge are eventually served in Italy.

Martin Campbell’s action credentials as director were solid, having logged Brosnan’s first and best Bonding, Goldeneye (as well as the rousing The Mask Of Zorro), and he steers the lengthy but very well written and acted 144 minutes along like a guided missile. Screenwriters Neal Purvis, Robert Wade and Paul Haggis fit everything together neatly, and the jousting between Bond & Vesper is really well crafted (plus the love angle is far and away better than the unfelt papier-mâché dross from On Her Majesty’s Secret Service).

Craig steps in and steps up: the best Bond since Sean. Eva Green not only looks to kill, but she’s given one of the smartest feminine characters in the series. Mikkelsen is a formidably cold-hearted villain (he literally ‘drips blood’). Craig’s Bond gets a real workout—surviving four punishing hand-to-hand battles, a sensational car wreck, a poisoning, various collapsing architecture and a torture scene which has the phrase “stop breaking my balls” echo with a new gasp of anguish that a goodly chunk of the audience can relate to. 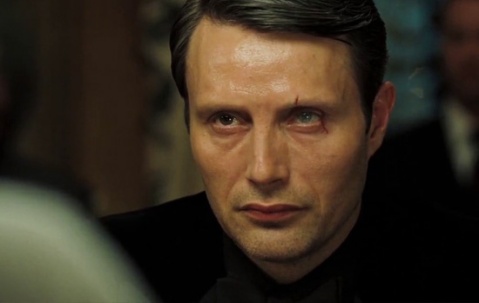 Location shooting was done in the Czech Republic (Prague, Loket and Karlovy Vara) on New Providence island in the Bahamas, at Pinewood Studios in London and in Italy, employing Venice and majestic Lake Como–with the perfect finish-flourish done at the Villa la Gaeta. The final tab came to $150,000,000, so it had to deliver. No problem, as 007 hit ’06 with excellent reviews, landing as the 4th most successful flick of the year, grossing $600,000,000. Craig’s immediate future held plenty of caviar and Dom Perignon.

Chris Cornell’s song “You Know My Name” is decent (recalling of both “Live And Let Die and “Thunderball”), and David Arnold provides a good music score, with a terrific new version of “The James Bond Theme” capping the finale. An Oscar winner for Best Sound, the film co-stars Giancarlo Giannini, Jeffrey Wright (as ‘Felix’), Simon Akbarian, Catarina Murino (stunner secondary Bond Girl who, per tradition, gets offed after getting off), Isaach de Bankole, Jesper Christensen, Sébastian Foucon (incredible athleticism as the bomb-maker on the literal run), Ludger Pistor (amusing as a cheerful Swiss bank banker), Ivanna Miličević, Tsai Chin, Veruschka and Alessandra Ambrosio. Richard Branson shows up in a blink & miss cameo gag. 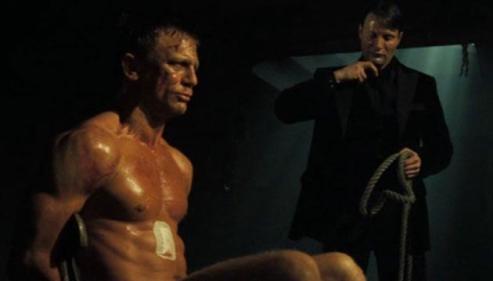 *Yes, there was a TV series called Climax. If you can’t summon said, the next best bet would be the neighboring room in a cheap hotel with thin walls. Research, people, always the research… 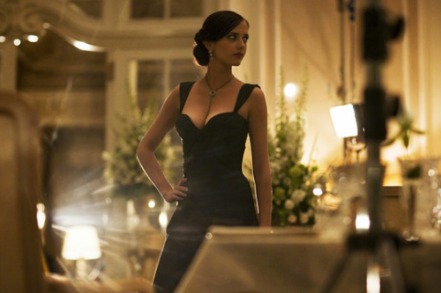 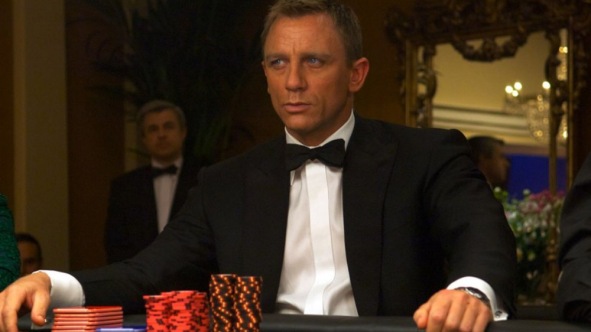