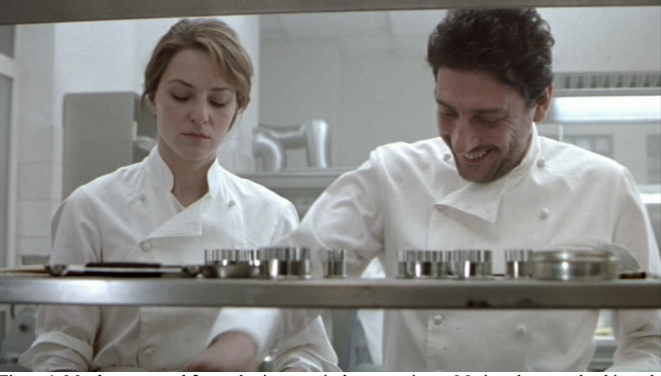 MOSTLY MARTHA , an absolute charmer from Germany in 2001, is a beautifully acted 109-minute meditation on a diet of need facing the hunger of loss, written & directed by Sandra Nettelbeck, with the artistic presentation and rhapsodic delectation of exquisite meals serving metaphor duty on the characters and for those in the audience with appetite pangs of their own.

Chefs can be particular, and ‘Martha Klein’ (Martina Gedeck), ruling the kitchen at a gourmet restaurant in Hamburg, is demanding to the point of obsession. She’s irksome enough that her boss has her seeing a shrink, who finds the elliptical, tightly wound Martha harder to read than a menu from Venus. Two events upset her culinary-centered calcification. A tragic accident leaves her caring for her eight-year-old niece ‘Lina’ (Maxime Foerste). Then her boss places another a sous-chef in the kitchen to create next to Martha; ‘Mario’ (Sergio Castelitto), an exuberant and playful Italian. A duel of personality ingredients may just make for a recipe of renewal.

Restaurants, their intrinsic revolving casts of personnel and customers, and the sensory-tweak inherent in showcasing their cuisine can be fertile fields for character observation, and director Nettelbeck manages this funny and moving repast with a sure eye for detail. Her writing has just the right pinches of salt, spice and sugar to provide a ripe main course for her lead players, and appetizing bits from the discreetly arranged supporting crew. As the fated fulcrum Lina, little Foerste is a camera natural, tot-cute minus cloy or pretense. Castellitto’s take on Mario’s style of relaxed affirmation is honest and warm, with no trace of easy mugging, ala Roberto Benigni. 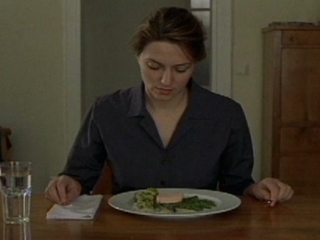 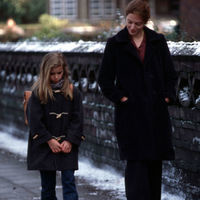 First and foremost is the wonderfully understated inhabiting of the challenging and challenged Martha from Martina Gedeck.  Her every movement, expression and utterance feels so genuine and true that you may—if you’re a hopeful romantic famished for sustenance deeper than manufactured craving—just fall into that rare blissy state of movie-love that wishes you could know the person behind the role, want that the film was longer, to see what would happen with the character, and dig background to find out what else the performer has done (in Ms. Gedeck’s case, quite a bit). Am I a fan? Must you ask? 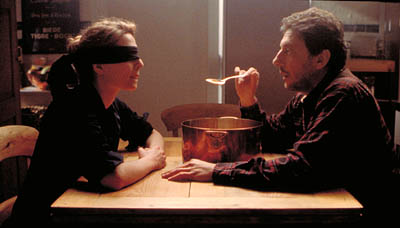 With Ulrich Thomsen (refreshingly light for a change), Sibylle Canonica, August Zimer (droll as the stymied psychiatrist), Katja Studt and Idil Üner (foxy waitress with a feisty attitude).  Praise came from from reviewers and $5,691,547 worth of business registered in Europe, with another $4,158,045 on its limited release in the States. Re-cooked in 2007 as the okay No Reservations, with Catherine Zeta-Jones, Abigail Breslin and Aaron Eckhart.

Seek. Savor. Put it on the menu with Big Night, Like Water For Chocolate and Chef.  Oh, Martha/Martina, you know, if, well…if you’re ever in Portland…. 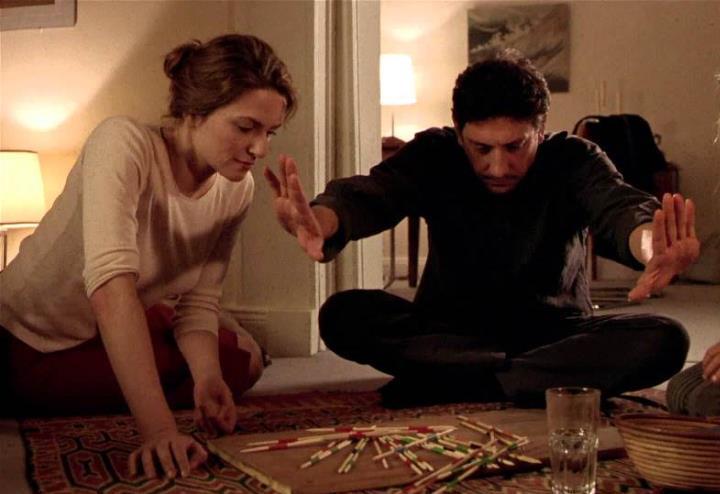