This priceless 1941 comedy classic from whirlwind writer-director Preston Sturges delivers the above, with a 90-minute blizzard of giggles and hoots as he takes his naive hero (McCrea is perfectly cast) on the road, raggedly dressed and minus money, to get the lowdown from the bottom-up so as to inform the movie he wants to make, “O Brother, Where Art Thou?”, from a book “written” by ‘Sinclair Beckstein’. Sullivan’s previous output included “So Long Sarong”, “Hey, Hey, In the Hayloft” and “Ants in Your Plants of 1939”. This one’s gonna be different, boy…

Eluding his worried Hollywood compatriots, on his quest Sullivan meets ‘The Girl’ (Veronica Lake), a failed actress, sparking a partnership in grime as they share the dangers, discomforts sand discoveries of ‘the road’. At the point when he’s ready to call his underclass experiment quits and a success, an act of altruism lands him in non-laughable circumstances. Though his story is chock-full of inspired slapstick and dialogue zingers, Sturges doesn’t take the reality of impoverishment enshrouding Sullivan’s travels as anything remotely funny, and there are some indelible images of want and plight that spike the joking with jolts of truth. It’s beautifully photographed by John Seitz. McCrea and Lake make a great team (she’s just 18, in her second credited part, and first major one), and one thing that makes their team-up a pleasure, and unusual for a wild comedy with some attached romance is that after some initial fencing, they work together instead of continuing to bicker as in most comic scenarios. We care what happens to them, and feel the emotional toll taken on their characters. *

“You see, sir, rich people and theorists – who are usually rich people – think of poverty in the negative, as the lack of riches – as disease might be called the lack of health. But it isn’t, sir. Poverty is not the lack of anything, but a positive plague, virulent in itself, contagious as cholera, with filth, criminality, vice and despair as only a few of its symptoms. It is to be stayed away from, even for purposes of study. It is to be shunned.”

While today it’s recognized as a classic, reception at the time was mixed. Sturges’ films were popular but not big-time hits; with a gross of $3,700,000, this easily recouped its production cost of $676,687, yet came in 61st for the year. It was screened for critics in December but didn’t get into theaters until early in ’42, which may have accounted for its so-so tally, as people were not laughing about much after Pearl Harbor and the tsunami of dire news from the Pacific. His other classic from earlier in ’41, The Lady Eve, fared considerably better.

“There’s a lot to be said for making people laugh. Did you know that that’s all some people have? It isn’t much, but it’s better than nothing in this cockeyed caravan.”

* “Peek-a-boo”-Veronica was an eyeful for sure, but Lake was a handful to work with, angering Sturges when he found out she was six to eight months pregnant during the shoot (after denying it to get the part), and vexing the easygoing but professional McCrea to such a degree that he commented “Life’s too short for two films with Veronica Lake.” Eventually, Lake’s excesses and demons—alcohol, mental llness– got the best of her. Ironically another actress destined for trouble tested for the part: Frances Farmer.

On Sturges, Joel was fulsome: “I have to say the money I got for it was unnecessary…  I don’t know any other director where I had so much fun. I really felt like I’d do it for nothing.” 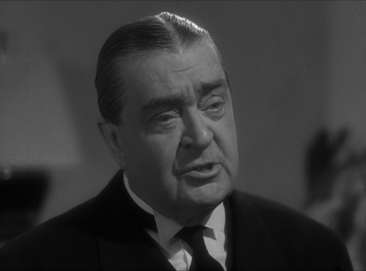