THE SOLDIER —–VI-O-LENT Cold War thriller, streamlined for maximum punch-power, minimum credibility. Following a superb title montage, orchestrated by R.Greenberg, backed by stark and compelling music from Tangerine Dream, this little pic goes licketysplit around the world in pursuit of some renegade KGB operatives who are going for global confusion by nuking most of the oil reserves.

Locations include Berlin, Israel, New York City, Niagara Falls and the Austrian Alps. One bloody bit of savagery follows another from the very first minute of Act 1. Superbly edited, crisply photographed, the action scenes are the main thing, as the script allows for dialogue exchanges that are mere filler and plot resolutions right out of comic books. 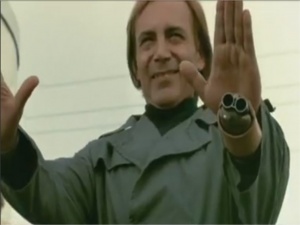 Ken Wahl, so good in The Wanderers, has viable physical presence as the title avenger but the role and his playing are cardboard. Expertly packaged nonsense for easy-to-please action fanciers. 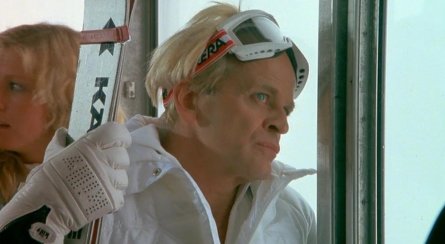