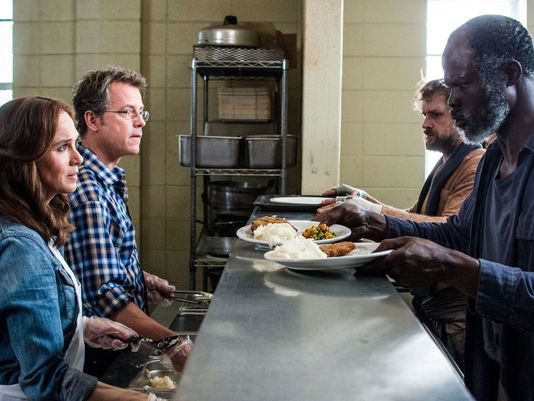 SAME KIND OF DIFFERENT AS ME sets the objective viewer (hopefully neither  corrosively cynical nor obliviously sap-happy) in a quandary situation. It’s based on real people doing good in a true story, triumph-out-of-tragedy variety, and it’s mostly well-played by some fine actors. It’s also poorly written and flatly directed, with suspect motivations, question-mark behaviors and an over-reliance in opening the heart-string valve until it reaches heartburn level. Since the story actually happened, too bad it’s hard to fully accept in the movie format.

Very successful international art dealer Ron Hall (Greg Kinnear) tries to make some amends for cheating on his wife Debbie (Renée Zellweger) by agreeing to help in her charity work, feeding homeless at the Union Gospel Mission in Fort Worth, Texas, a few miles and worlds away from their 15,000 square-foot home and his rich clientele. There he meets Denver Moore (Djimon Hounsou) an older, violently anti-social man, who Debbie had seen in a dream. Over time the couple form a friendship with him, leading to new life paths for them all. Hall also contends with Debbie’s illness and his SOB of a father (Jon Voight), while Denver sheds decades of mistrust and alienation of White Folks, stemming from a background of near-slavery and incarceration. 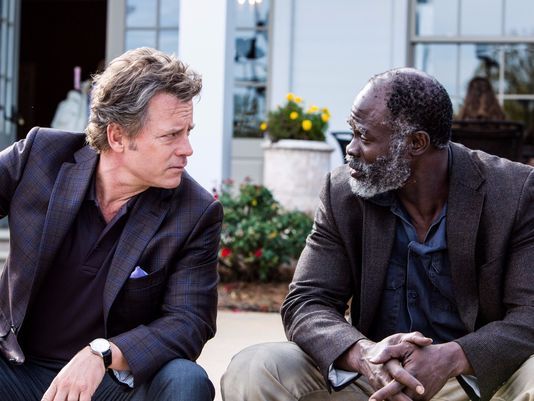 The 2017 film, directed by Michael Carney, was co-written by Carney, Hall and Alexander Foard, off the 2006 book co-written by Hall, Moore and Lynn Vincent. “Same Kind of Different As Me: A Modern-Day Slave, an International Art Dealer, and the Unlikely Woman Who Bound Them Together” sold 2,000,000 copies. The work Hall and Moore did, that Hall continues (Denver and Debbie having passed on) has raised more than $34,000,000 to combat homelessness, Hall giving more than 1,000 speeches on the subject. Hard to argue with that. Kinnear, Zellweger, Hounsou and Voight are always worth watching, and it’s their pro work that keeps the film on track just enough to balance out its weaknesses. Just. 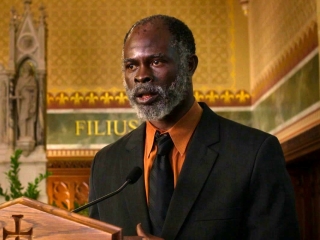 Assured as Kinnear is, as written his nouveau riche, self-involved, philandering art snob Ron Hall is a hard guy to care much about.  Zellweger (glad to see her back after a 6-year absence) makes every scene count as Debbie, but she’s allowed scant depth by the writing; Debbie is simply posited a saint—decent, deceived and doomed, she may as well be lugging a cross. Voight effectively essays the cranky old bastard father ( perhaps just channeling his own retrograde Foxian political raving) but the script allows zip dimension to the guy: he’s a prick from the get-go and the one-stop-redemption-for-a-lifetime-being-one scene doesn’t amaze any grace. 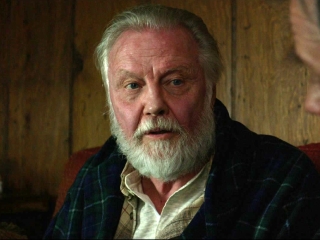 The center-pin to the story is Hounsou’s life-changed & life-changing Denver Moore; crucially, it’s the weakest link in the mix on several counts. Normally quite impressive, Hounsou’s intensity comes through but his attempt at a Louisiana drawl doesn’t disguise his own Beninese accent. That’s not so bad, but he’s handed a stacked platter: grumbles and bellowing outrage, then Wise Poetic Pronouncements About Life that seem crafted from Hallmark. This I-don’t-think-so stuff fits too neatly–and unfortunately–with the faux-inclusive Magical Negro trope that has uptight or naive “white folks” (usually well-off) who Learn What Counts from meeting the right born-of-honest-clay African-American, or just African, a sage-dispensing guy not of their country club crowd. The Legend Of Bagger Vance, The Green Mile, The Shining, The Blind Side, What Dreams May Come, Ghost–it’s a long list, to which Hounsou could already add The Four Feathers and In America (and to a degree, Gladiator, Amistad and Blood Diamond). That the influence of Denver Moore on Ron and Debbie Hall was real (and viceversa—what’s the reverse trope? The Amazing Stingless WASP?)  bonks into the schmaltzy script and direction, hamstringing actors and the telling. We’re meant and want to care about these people, but the vanilla extract presentation makes us leery.

Simultaneously sincere and bogus, it mirrors the very dilemmas accompanying the homelessness issue, at least on a micro-scale (that the useless government fails miserably—criminally—is another thing, something the genteel and gutless screenplay never addresses). Who do you help and how, and who’s pulling your chain? 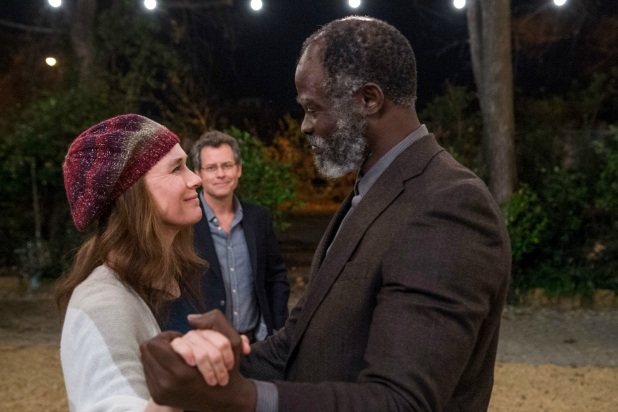 Though primarily set in Texas it was filmed in Mississippi, in and around Jackson and Canton and it always looks good, Don Burgess on camera. With Olivia Holt, Geraldine Singer, Thomas Francis Murphy and Ann Mahoney (an effective bit). 119 minutes long, it took $15,000,000 to mount, but box-office lagged at $6,424,000, #146 among the output of 2017. 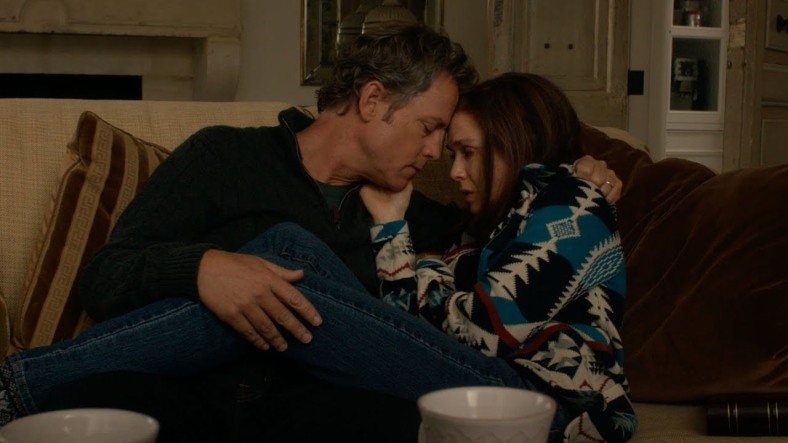