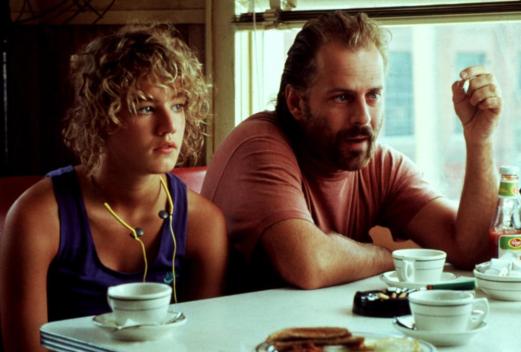 IN COUNTRY  was another attempt—this time by veteran director Norman Jewison—to make some sense of America’s Vietnam hangover and its toll on returned vets and their families. It didn’t succeed, even with its carpet-bombing of Southern rural accents—Kentucky version— from the committed cast, a sprightly performance from Emily Lloyd and a can’t-lose choke-up finale at the Vietnam Veterans Memorial. It did provide Bruce Willis with his first serious dramatic role and he handled it quite well.

17-year-old ‘Samantha’ (Lloyd) never knew her Dad, killed in the war before she was born. She makes it her mission to find out from her sardonic uncle ‘Emmett’ (Willis), who she lives with, and who is also a vet, and from his fellow veteran pals, what her father was like and how he died—and maybe what for. All the men have some type of PTSD from their service. The assorted relatives are, effectively, collateral casualties.

Based on Bobbie Ann Mason’s acclaimed 1985 novel, the 1989 film was scripted by Frank Pierson and Cynthia Cidre. Jewison filmed in Kentucky, around Paducah, Lexington and Mayfield; they built a replica of the monument in The Bluegrass State, as shooting at the real site in Washington was a no-go. It runs on too long at two hours, and works so hard at seeming natural that it too often ends up coming off as self-conscious.

$18,000,000 went into production, but returns yielded just $3,532,000, signalling a major bomb. Despite good moments from some of the actors, the films focus and pacing are as scattered and tattered as the memories its people seek to unlock and heal. 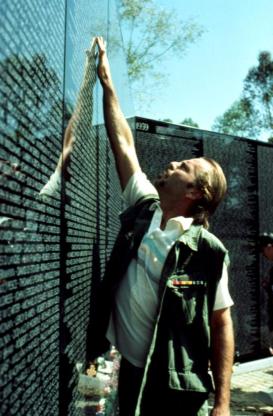 Put it in the yes/no lineup with Gardens of Stone, The War, Heroes, Coming Home, Jackknife, Jacob’s Ladder….