NORTH COUNTRY  —“What are you supposed to do when the ones with all the power are hurting those with none? Well for starters, you stand up. Stand up and tell the truth. You stand up for your friends. You stand up even when you’re all alone. You stand up.”

Joining ranks with Norma Rae and Silkwood, this excellently cast, bruising-to-watch drama from 2005 is a names-changed and much-condensed fiction-from-fact story inspired by true events even worse than those depicted on screen. Directed by Kiki Caro, written by Michael Seitzman, it handed Charlize Theron another Best Actress Oscar nomination to go with her triumph win for Monster, and drew a third Supporting Actress nom for Frances McDormand. 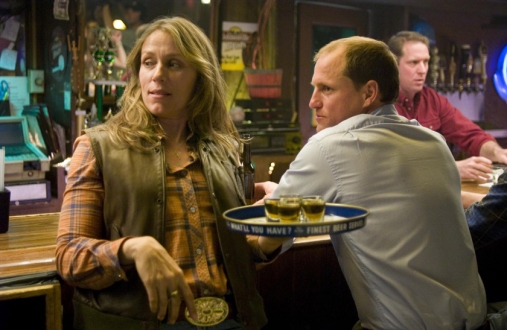 Northern Minnesota, the late 1980s. A single mother with a disgraced personal history, a sad track record with men and few prospects for work beyond the menial decides to get a laborer job with the local mining corporation, where the handful of female employees make a decent wage but pay the price with cruel and ceaseless abuse from the outfit’s Neanderthalian males, hardhat co-workers and smarmy management alike.

Based off the case of Jenson v. Eveleth Taconite Company  and the 2002 book “Class Action: The Story of Lois Jenson and the Landmark Case That Changed Sexual Harassment Law”, written by Clara Bingham & Laura Leedy Gansler, the script reduces the real timeline of misery and resolution down from a gutpunching twenty-three years, the start of the plaintiff’s working for the company, to the eventual settlement.

Theron, as usual, is flawless. In support besides the fearless McDormand are Woody Harrelson (in refreshing quiet mode, as the lawyer who takes the case), Sean Bean (offbeat casting, not a bad guy for a change), Jeremy Renner (punk sludgeball), Richard Jenkins (a sag in the film is having him—playing Theron’s cold father—with a turnabout speech that is Hollywood wish-fulfillment poop at its malarkiest) and Sissy Spacek. 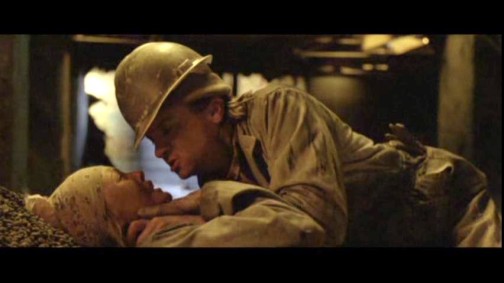 Budgeted at $35,000,000, it only returned $25,200,000, 124th place for the year. The sad and sickening behavior dished out here ought to outrage and revolt any man equipped with an actual pair. Hey, I’m a Guy guy, and I despise the bastards who pull this cowardly chickenshit. Unfortunately, there seem to be a lot of them. Tweet that, Mr. President.