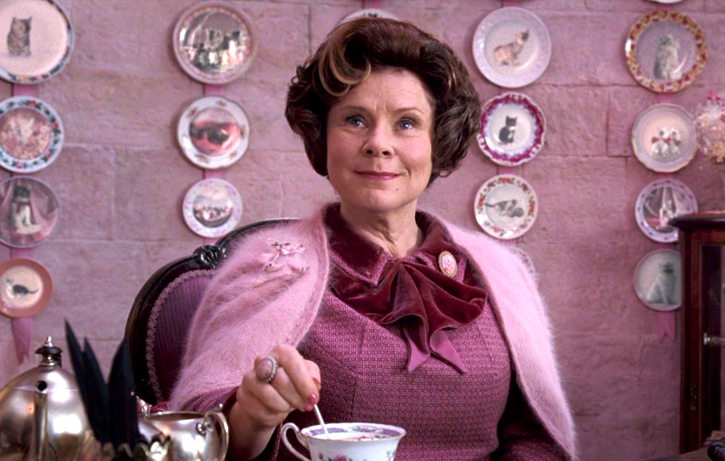 HARRY POTTER AND THE ORDER OF THE PHOENIX takes the fifth and longest of J.K. Rowling’s Harry heptalogy, 870 pages worth (US edition), hands it to the film series fourth director, working with a new screenwriter and delivers a bang-up job that runs but 138 minutes.

Voldemort (Ralph Fiennes) is back, bent on rampage. Our Man Harry knows this, but the clots at Ministry of Magic, chiefly the pompous ‘Cornelius Fudge’ (Robert Hardy) doubt it. Furthermore they weaken Hogwarts by foisting on the school the ultimate in prim poison, ‘Dolores Umbridge’ (Imelda Staunton, outstanding). By now in the saga the young folk are not only feeling their way into the forest of intimate emotions (that sounds like a good title in itself, I pat myself thusly) but are getting a crash course in self-defense against something more than wicked their way coming (hey, I’m trying here).

Highly-regarded for his work on TV, director David Yates, in his first big-screen job takes things in stride and hand, and Michael Goldenberg deftly mans the immense trim-for-battle screen-writing chore from an exhausted and otherwise committed Steve Kloves, who’d done the first four. In both cases, the transition is seamless, and the rest of the production team and cast are, as before, full speed ahead.  Along with the brilliant Umbridge/Staunton, this episode is blessed with a surplus of new and delightful feminine energy—light and dark—by bringing aboard Helena Bonham Carter as the maniacal Azkaban-expat ‘Bellatrix Lestrange’ (bad girl, lad, very bad), Evanna Lynch as the ethereal, dreamy ‘Luna Lovegood’ (still waters territory) and ‘Natalia Tena as ‘Nymphadora Tonks’ (you had me at Nymphadora). They’re all marvelous.

Production Design was again ingeniously configured by Stuart Craig.  Music score matches mission to a tee, thanks to Nicholas Hooper. Basically, aces all round. Spending for our pleasure was in the realm of $150,000,000; the legions answered with $939,900,000—these figures are so vast it’s hard for us struggling Muggles to grasp. It ranked #2 for 2007, just behind those Pirates Of The Caribbean: At World’s End. 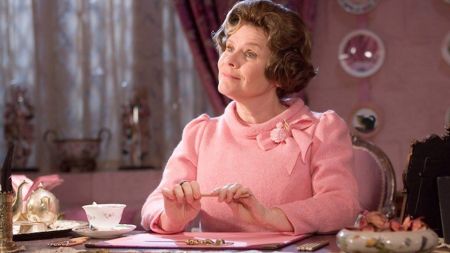 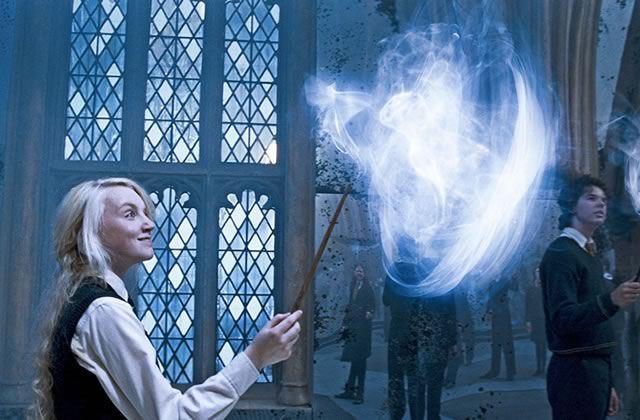 3 thoughts on “Harry Potter and the Order of the Phoenix”