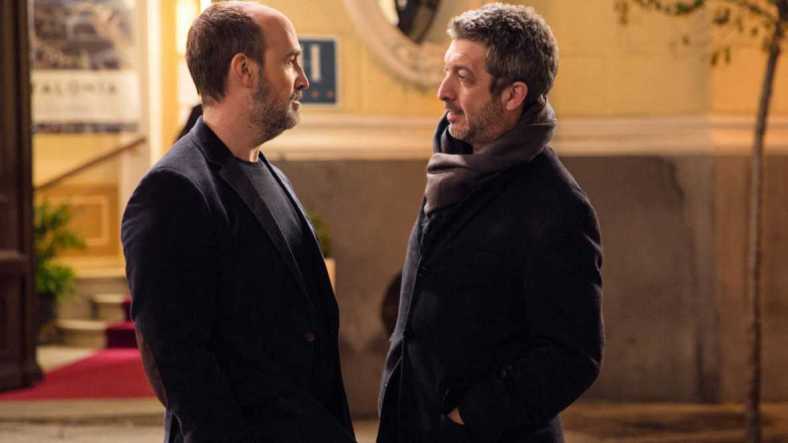 TRUMAN has one man dealing with something we all face sooner or later: life coming to an end. Fighting off cancer hasn’t stopped it, so ‘Julian’ (Ricardo Darin) is making ready for bowing out on his own terms. Argentinian, he has made a life in Madrid as an actor, has an ex-wife there in Spain and a son living in Amsterdam. Lifelong best friend ‘Tomas’ (Javier Camara) arrives unexpectedly from Canada and the two share a final four-day get-together. ‘Truman’ is Julian’s beloved, aging dog. * 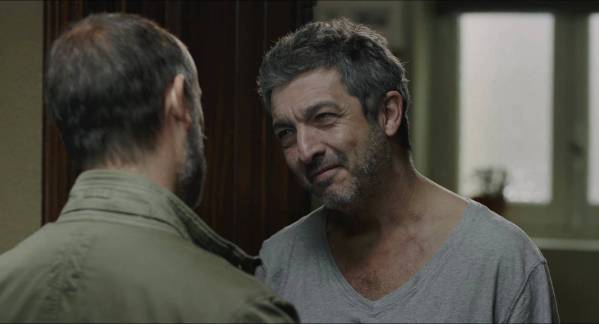 Collecting scads of awards (including the Goya, Spain’s premier prize), this lovely little comedy-drama, a Spanish-Argentine co-production, doesn’t make a single miss-step in its 109 minutes, never lapsing into cheap, easy sentiment or generating laughs from false setups. The emotion is real, deep and felt because it’s beautifully underplayed; the humor authentic, recognizably mock-combative and quietly natural. It gets friendship. It also honors that deep and magical people/animal bond without bothering to resort to “cute dog” nonsense. It will prompt you to pet those you have and miss those you had. 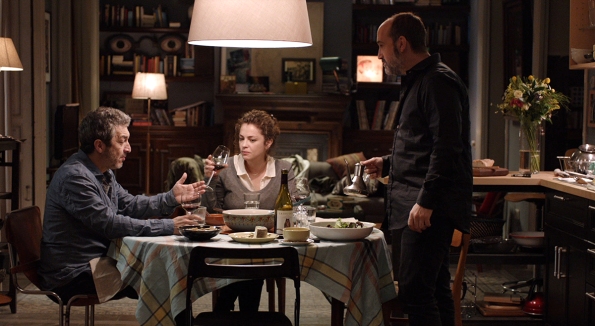 Directed by Cesc Gay, who wrote it with Tomàs Aragay, it’s a triumph of performance subtlety from the great Darin, a high-school dropout who became one of Argentina’s greatest cinema treasures, and perfect straight-man Cámara, an Almodóvar veteran: he has a novel desperate-love scene with the fiery Dolores Fonzi that is a painfully honest depiction of lust mixed with heartbreak. A movie for grown-ups.

* Truman was played (and well) by Troilo, a laid-back bull mastiff. Señor Troilo went on to his own reward a few months after filming wrapped. Every minute it took to read this review 105 people passed away. Approximately 151,000 of our fellow humans exit this crowded orb every day, 55,300,000 a year, from every cause under the sun. Given the way things are going, that number looks likely to exponentially increase. Cherish family and friends. Love your pets. Smell some flowers. Phones are expensive: sunsets are free.