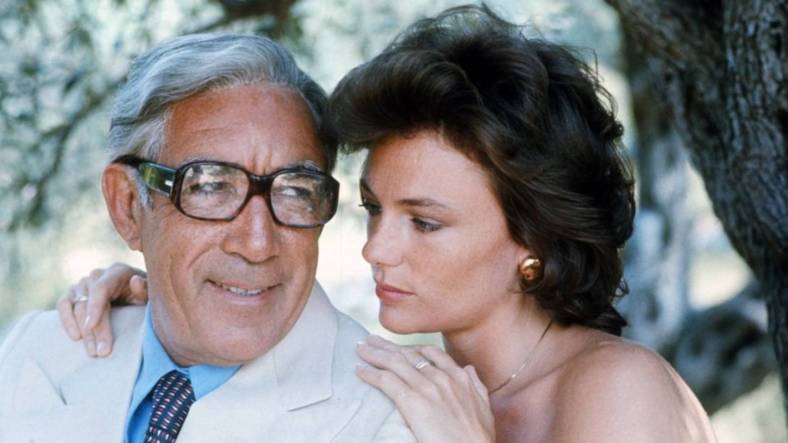 THE GREEK TYCOON—-this had some notoriety attached on release in 1978 because it was obvious to everyone but the unborn that it was about Aristotle Onassis and Jackie Kennedy, though here they are ‘Theo Tomasis’ (Anthony Quinn–who else?) and ‘Liz Cassidy’ (Jacqueline Bisset–go for it), with James Franciscus as JFK (‘James Cassidy’).

The public had a salivating interest in movies about the rich, beautiful and  powerful for a goodly spell during the previous decade—witness The Carpetbaggers, The V.I.P.’s ,Valley Of The Dolls—but ardor had cooled after years of lavish, jet-setting James Bond films that not only took you to places inhabited by the upper crust, they did it at light speed and left you feeling good.

With Edward Albert, Raf Vallone, Camilla Sparv, Charles Durning, Luciana Paluzzi, Roland Culver.  HER: “You’re an animal! How dare you! You bastard!”  HIM: “God, what a woman! Let’s go and make love.” 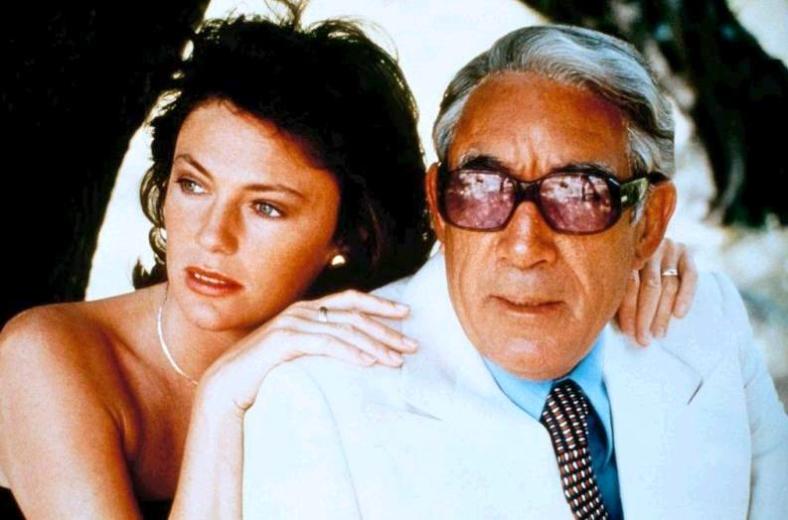