CARVE HER NAME WITH PRIDE  was a big hit in Britain in 1958, memorializing the WW2 espionage service and sacrifice of Violet Bushell Szabo, and further securing the career legacy of Virginia McKenna, following her 1956 success A Town Like Alice.*

After her French soldier husband is killed in North Africa, the English widow Szabo left their daughter in care of her parents and joined the SOE (Special Operations Executive) to perform behind-lines sabotage missions in Nazi-occupied France. Fit and determined, she aces the rugged training and parachutes into hazard and havoc, showing indomitable courage facing off German troops in desperate action and Gestapo interrogators in dire captivity. **

Well directed by Lewis Gilbert, with another touching performance from a convincingly fierce but believably mortal McKenna, it also features the second film appearance of Paul Scofield. He wouldn’t do another until 1964s The Train. Superb as he was in that and his other (few) films, he surprisingly doesn’t register with nearly as much impact here. 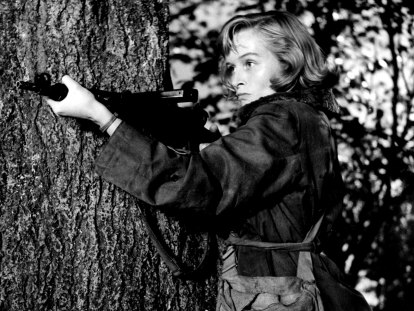 * McKenna’s glory gained its greatest fame via the 1966 classic Born Free. That lion-taming epic, this Szabo story and A Town Like Alice are the three top-notch films she’s best remembered for, but her offscreen work as an animal rights activist (with husband Bill Travers) may well be her finest hour. 89 as of 2020, she recently co-starred in Widow’s Walk.  What a gal, an English rose if ever there was.

** Given the restrictions of the era, the film only brushes at the hideous torture Szabo underwent at the hands of the Gestapo upon capture and later in the vile Ravensbrück concentration camp.  Carve Your Name With Pride holds prominent pride of place in the regiment of solid British “stiff upper lip” sagas from the 50s that gave an economically depressed populace some balm thorough cinema that extolled WW2 valor. Other hardies include The Cruel Sea, Malta Story, The Dam Busters, The Steel Bayonet, The Pursuit Of The Graf Spee, The Cockleshell Heroes, The Sea Shall Not Have Them, They Who Dare, Reach For The Sky, The Colditz Story, Dunkirk, Ice Cold In Alex and the capstone The Bridge On The River Kwai.  Then there’s the rowdy 60s platoon…. 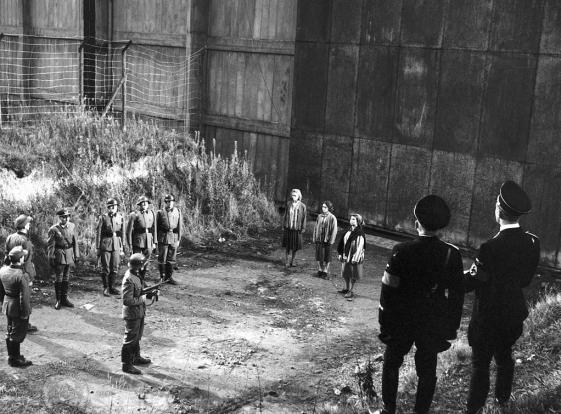 2 thoughts on “Carve Her Name With Pride”