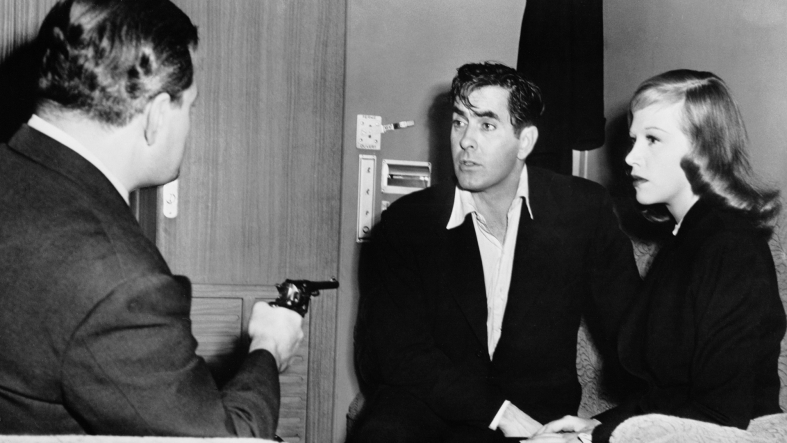 DIPLOMATIC COURIER ‘Mike Kells‘ (Tyrone Power) has his Cold War work cut out for him in this decent 1952 suspense actioner from director Henry Hathaway.  Background shots of varied European locations (Paris, Salzburg, Bucharest and Trieste) are matched in with homegrown studio lensing (Lucien Ballard on camera) as Hathaway keeps the 97 minutes moving apace, tracking a search for microfilm that the State Department wants and the Soviets can’t let them have. 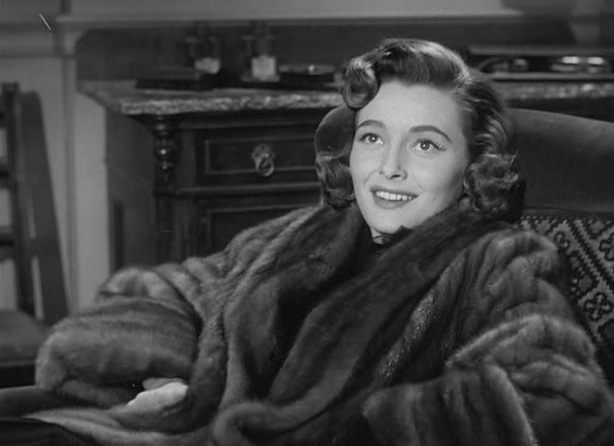 A seductive American woman (Patricia Neal) lays on allure bait, ruthless Commie operatives murder those who get in the way, testy Army Intelligence tries to help but adds as much confusion as the enemy.  Is double-agent ‘Janine Betki’ (Hildegarde Neff) to be trusted? Plenty of the do-derring occurs on or around trains, those handy rolling vessels of compartment-cozy assignation and sudden crushing death. Passport, please…

“She’s an appealing dish no doubt. Most bad women are. One way or another, that’s why they can be so successfully bad.”

Power is customarily fine, keeping his concern, confusion and heroics believable and Neff handles her caught-betwixt role well, but Neal overplays it a tad as the vamp and, as the frantic Army snoops, Karl Malden and Stephen McNally are baldly overheated (Malden had just won a Supporting Actor Oscar for A Streetcar Named Desire, but you wouldn’t know talent from his flabby turn here). Their shouting belongs in another movie.

Much of the action occurs in Trieste: at the time, the strategically located Italian seaport was the ‘Free Territory of Trieste’, zoned by the U.N. as a stop-gap measure separating West from East—East being Tito’s Communist Yugoslavia, now Slovenia and Croatia. As such, the city was a crisscross point for spies—the new Casablanca—and the intrigue factor ratcheted up. Much further east, dependably exotic Hong Kong took care of the other movie-star portal into the Red maw. The snappy script, from veteran Casey Robinson and Liam O’Brien, came from a novel by Peter Cheyney called “Sinister Errand”. *

* Reginald Evelyn Peter Southouse Cheyney was a London crime reporter who became a novelist, churning out ten books about the adventures of ‘Lemmy Caution’ (“Dames Don’t Care”), eight chronicling ‘Slim Callaghan’, eight more in the “Dark’ series (“Sinister Errand” among them), another eight stand-alone novels and a dozen short story collections. His quite popular books likely influenced Ian Fleming (you can see lineage traces of this story and movie in From Russia With Love). Fittingly, the self-invented Cheyney lived to match his spy boys: a keen golfer, crack shot with a pistol, handy at boxing and jiu-jitsu and sported a rep as a skilled fencer. 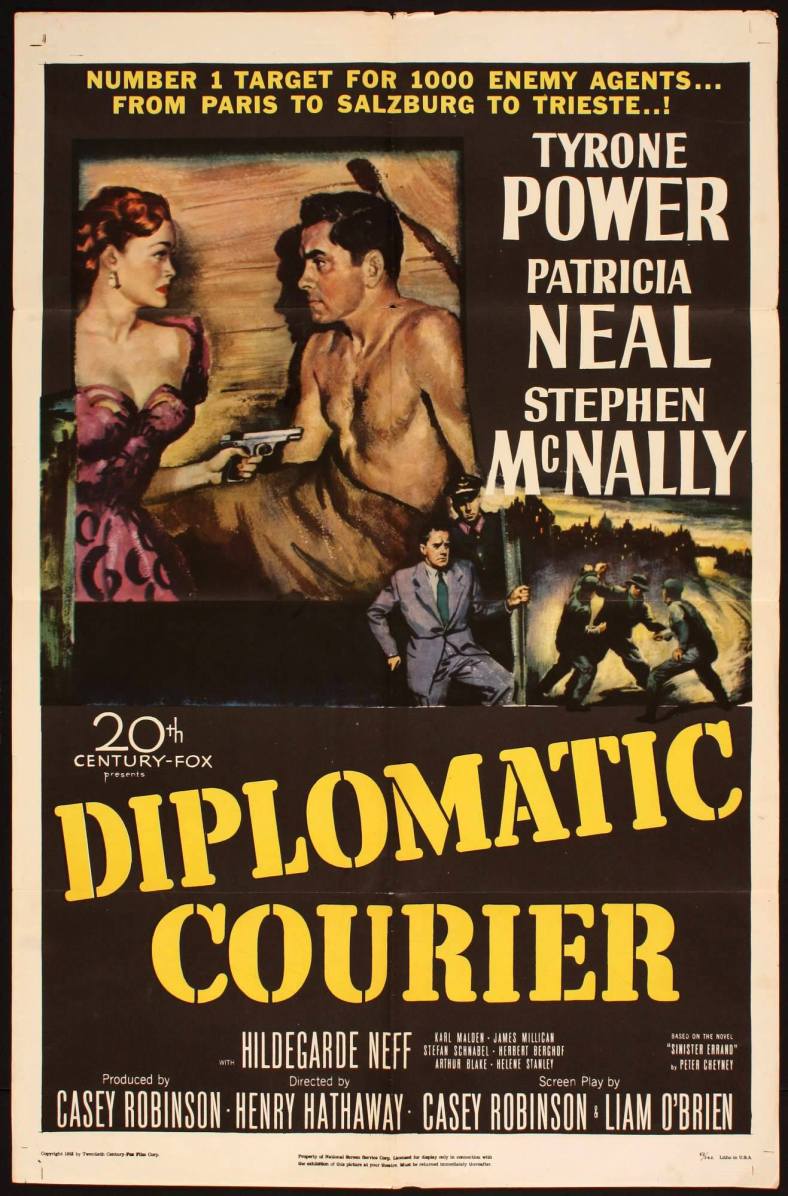