CLUNY BROWN —–the great Ernst Lubitsch gifts us with his last completed film in this sweet 1946 satire on class and manners (British variety) and the elusive butterfly of love. If his greatest films—classics like Heaven Can Wait, To Be Or Not To Be or The Shop Around The Corner—fulfill like grand full-course dinners, this 100-minute repast is more like a light, brisk but satisfying and happy lunch, topped by a scoop of sherbet. You leave your friends with a contented grin and some renewed spring in your walk. 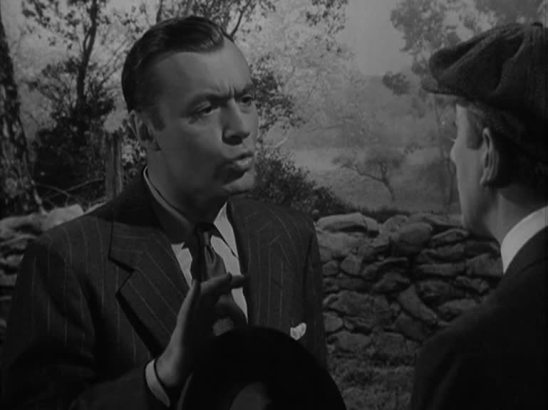 Czech refugee ‘Belinski’ (Charles Boyer) arrives in the pre-war England of 1938 and his path fate-crosses the spirited ‘Cluny’ (Jennifer Jones), doing some amateur plumbing for a confounded party host. When she’s packed off to become a maid at a stuffy country estate, Belinsky shows up again, as a guest (courtesy of the ever-handy Mistaken Identity plot device), and we wonder if these two misplaced charmers (they’re both equal parts down-to-earth and out-to-lunch) will properly get together before she falls into a marriage bog with the local pharmacist, an uber-twit (Richard Haydn at his fussiest). Milling about in various degrees of social and predicament effrontery are Peter Lawford, Helen Walker, Reginald Gardiner, Reginald Owen and Sir C. Aubrey Smith. * 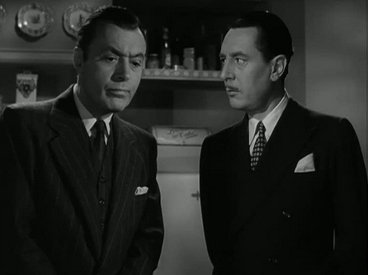 Boyer is his usual gallant self, with impeccable timing, and Jones—in her first go at comedy— is feathery and fetching, though her accent is typical of the era’s Americans-pretending-to-be-Brits fake. (Miss Walker’s haughty looks work, but her vocal pose doesn’t pass muster, either. **)  The idea of Cluny/Jones pairing in any way with Haydn stretches even farce-reason, but enough laughs decorate the screenplay that it doesn’t ruffle out the enjoyment. Once again, and for the last time in his stellar career, drop care and bask in the warmth as Ernst Lubitsch waves his magician’s touch, blending subtle jibes with a grace that doesn’t wound but disarms, sex hints that flirt rather than force and adding, to quote Andrew Sarris “a counterpoint of poignant sadness during a film’s gayest moments”.

“You couldn’t have prescribed a better sedative than yourself!”

Working off a book by Margery Sharp, the screenwriters were Samuel Hoffenstein and Elizabeth Reinhardt, with some contribution from James Hilton. Others in the cast: Margaret Bannerman, Sara Allgood, Ernest Cossart, Florence Bates and Whit Bissell. Una O’Connor gets chuckles as Haydn’s grumpy mother, who communicates through coughing and grunting. Finale wraps it all up with a well-earned smile. Positively reviewed (at least in the States), it only did so-so at the box-office, coming in 92nd place with a gross of $2,700,000.

*  Brit critics didn’t take kindly to having their ridicule-begging class-strictures being pranged by the cheeky Yanks, and Lubitsch was from Germany, which no doubt irked as well. They slammed the movie badly enough that Sir C. Aubrey Smith (pretty much Hollywood’s-Most-English-Englishman) felt compelled to apologize. Like his friend Billy Wilder, Lubitsch enjoyed deflating pomposity, so he didn’t much care if London felt somehow re-bombed. Suffering through six heart attacks over four years, he died in late 1947, only eight days into shooting his next film, That Lady In Ermine, which came out in ’48, finished by Otto Preminger. Not known for anything resembling a light touch, in the words of its co-star Douglas Fairbanks Jr., Preminger “ruined everything. No sense of humour, no fun, everything light in the… script was squeezed out… It just wrecked my [his career] momentum, just wrecked it.” It flopped.

** Ill-fated Helen Walker: launched on screen in 1942, her burgeoning career took a tragic turn seven months after the release of Cluny Brown, her tenth picture. A car wreck (she was driving, 90mph and intoxicated) killed one passenger and seriously hurt the 26-year-old actress and the other two passengers. Though exonerated from manslaughter at trial, her career didn’t recover from the bad press, despite roles in Nightmare Alley and Call Northside 777.  Work dropped off, booze and hospitals stepped in. Her last appearance, on TV, came in 1960. Then her house burned down. She died of cancer in 1968, only 47. There’s an excellent two-part article about her, written by Moira Finnie, at “Streamline: The Film Struck Blog” http://streamline.filmstruck.com/2010/03/24/helen-walker-a-well-kept-secret-part-i/ 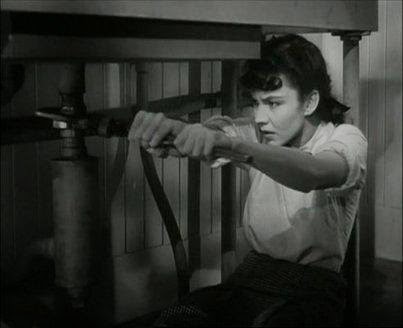 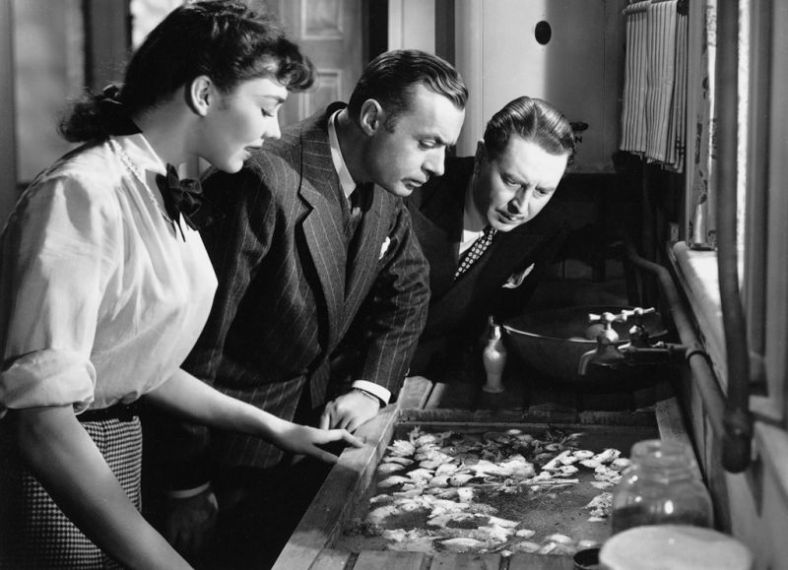